As Britain tries to get to grips with ethnic inequality there is one outstanding item that deserves more attention: the wealth gap. The median black Caribbean household was worth £89,000 in the middle of the past decade compared to £282,000 for a white British household, and £266,000 for an Indian […]

As Britain tries to get to grips with ethnic inequality there is one outstanding item that deserves more attention: the wealth gap. The median black Caribbean household was worth £89,000 in the middle of the past decade compared to £282,000 for a white British household, and £266,000 for an Indian household, mostly made up of housing and private pensions. Black African and Bangladeshi households had the lowest of just £24,000 and £22,000, respectively. These figures are even more shocking as around three-fifths of black Britons live in London, home to some of the world’s most expensive real estate.

Partly the gap reflects age. Indian households in the UK are older, on average, than Bangladeshi or African ones: older workers have more time to accumulate wealth. Meanwhile those who bought homes before the early 1990s have enjoyed a windfall thanks to the secular rise in prices since. The figures, too, do not reflect entitlements to social housing and the state pension: black Britons are most likely to live in social housing.

Primarily the gap reflects historical discrimination — inequalities in wealth compound over time. That is especially true of access to good jobs: lower incomes mean less opportunity to save. On average black workers earn around 9 per cent and Bangladeshi workers 20 per cent less than white British workers. Black students are the least likely to get three good A-levels — in part a reflection on wealth inequality as houses close to good schools are more expensive. Residential requirements — requiring those on social housing waiting lists to have lived in an area — as well as racism made it harder for black and ethnic minority families to qualify for social housing in the 1970s. This, in turn, had a knock-on effect on home ownership after the introduction of the “right-to-buy” policies in the 1980s. In 2018, some 20 per cent of black Africans owned their own homes and 46 per cent of Bangladeshis compared to 68 per cent of white Britons.

Many black Britons distrust the financial industry. The Windrush generation set up the first of the UK’s credit unions in response to the racism they faced from traditional banks and many Afro-Caribbean women still prefer community-run savings clubs over mainstream banks. Black entrepreneurs report finding it harder to raise funds. One study by Warwick Business School found they were charged higher interest rates. Other reports found no evidence of explicit discrimination but the higher rates reflected lower savings; supposedly neutral credit decisions, including those made by algorithms, can reinforce bias.

The financial sector cannot restructure society but it can be more aware of perpetuating unfairness: British banks do not routinely gather data on ethnicity for loan and mortgage applications; that should change. Regulators could more proactively investigate discrimination against borrowers. The financial industry could do better at working with and learning from community-run groups too, like credit unions.

Ultimately the impetus needs to come from government policy. Colour-blind egalitarianism, such as New Labour’s child trust fund which gave parents of every child a £250 savings voucher at birth — the first 18 year olds will be able to access them on Monday — can disproportionately help the most disadvantaged groups. Britain’s tax system, too, should be examined, for example the treatment of residences. There is, sadly, no magic solution to end ethnic wealth inequality: it can only be eradicated in the same way it was created, over decades and with the co-operation of the whole of society.

Sun Aug 30 , 2020
The government is poised to offer railway companies fresh funding to keep trains running through the autumn and winter – at the cost to taxpayers of several billion pounds. In March, the government rescued the sector through the Covid-19 pandemic with a six-month “Emergency Measures Agreements” underwriting any losses. The initiative […] 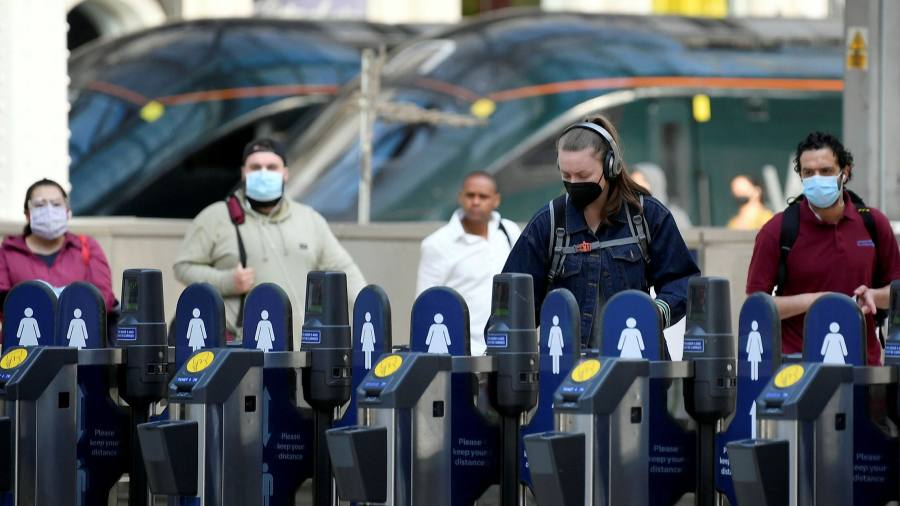