Britain’s housing market appears to be defying gravity. Though the country is experiencing its deepest recession on record, prices have remained robust and transactions have resumed. Expectations that interest rates will remain low have helped boost house prices alongside gold, tech stocks and many other assets. But the question remains for how long the UK’s property market can keep resisting economic forces pulling prices down.

While Britain’s economy shrank by a fifth during the second quarter of 2020, house prices were about 1.7 per cent higher than a year before in July, according to the Nationwide Building Society. Official data is not yet out but transactions also appear to be on the rise: a closely watched survey by the Royal Institution of Chartered Surveyors showed new instructions from sellers and inquiries from buyers were up sharply during July.

Partly this reflects pent-up demand. Neither buyers nor sellers were able to act when the economy was under the strictest lockdown. House viewings were some of the first economic activity to resume but it takes a lot longer to buy a house than to order a drink from a bar. Many of those who could work from home saved money on their commute and other associated costs while noticing, once again, all the things they did not like about their house. The government too has added to demand by cutting the rate of stamp duty, a tax levied on transactions.

Generally house price drops have been both a cause and consequence of recessions: accounting for inflation, house prices fell by about 30 per cent during the 2008 financial crisis and never regained their pre-crisis highs, according to calculations by the Resolution Foundation think-tank. Consumer confidence is closely tied to the value of what is usually a household’s largest asset. Lower prices can also feed through into lower investment spending: mortgages represent the bulk of banks’ assets and construction is among the most volatile parts of national income.

Britain’s Office for Budget Responsibility, the country’s fiscal watchdog, forecasts that during this downturn prices will fall 5 per cent this year and 11 per cent in 2021 in its central scenario. Estate agents are likewise forecasting that a bust will follow the boom. The government’s furlough scheme, which replaced 80 per cent of eligible workers’ incomes, comes to an end in October, but as companies have already had to pay some of the costs of employing them since August, unemployment is forecast to rise for the rest of the year.

The government banned evictions by private landlords early in the pandemic but that is set to end this Sunday. Combined with the fall in incomes, the move will leave a lot of landlords with empty, unprofitable houses. The stamp duty holiday, which has prompted many housebuyers to act quickly, comes to an end in March.

On the flipside, Britain’s chancellor of the exchequer Rishi Sunak is likely to do whatever he can to stop house prices from plunging. The government has shown its willingness to subsidise the market, whether through the stamp duty cut or the earlier help-to-buy equity loan programme. More affluent areas had been expected to remain resilient — though with even white-collar jobs now facing a higher prospect of unemployment these might yet see similar falls in prices to regions catering to workers in more insecure jobs or to those who rely on high loan-to-value mortgages. House prices may be stable for the moment, but buyers are still plunging into the unknown.

Thu Aug 20 , 2020
UK car dealer Lookers has delayed publishing its 2019 annual results yet again as it widened an audit probe into potential fraud in its previous accounts. The company’s shares were suspended from July until it releases the postponed results, which it had expected to be during August.  But on Thursday […] 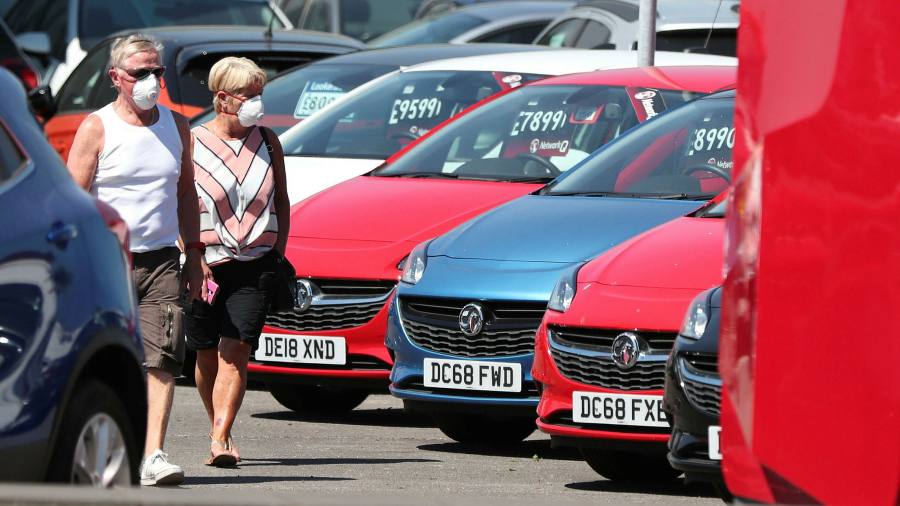