Senior figures in the City of London have urged the government to proceed with caution in easing the coronavirus lockdown, saying there should be a gradual reopening of the economy.

Executives highlighted tough decisions ahead for Boris Johnson, with some flagging the difficult balancing act for the prime minister as he tries to continue to curb the Covid-19 outbreak while kick-starting the economy.

Mr Johnson is this week due to unveil an exit strategy from the lockdown imposed on March 23, and he is expected to outline a phased lifting of restrictions that have resulted in most people staying at home and many industries either ceasing or scaling back operations.

The consensus among the FT City Network — a forum of more than 50 senior figures — is that the government needs to prioritise the health needs of the nation as it eases the lockdown.

Several highlighted the importance of having an effective virus testing regime given a vaccine may not be available until next year.

Ann Cairns, executive vice-chair at Mastercard, said “the economy needs to reopen in a way that is sensitive to the continued goal of controlling the virus”.

As in war, difficult moral judgments are occasionally necessary

“Nobody should be forcing people back to work but instead we should have a timetable and a framework that looks at gradual reopening based on real data and insights.”

Mike Rake, former chairman of BT, said that “lifting the lockdown must be gradual by sector”, taking account of the risk posed by the virus.

But he added there will at some point be more damage to health “caused by the lockdown than the virus itself . . . all at an increasing and enormous economic cost”.

Sir Mike said the minimum condition for ending the lockdown would be when the National Health Service was properly equipped, with important future milestones around virus testing and vaccines, among other things.

Catherine McGuinness, policy chief at the City of London Corporation, said the virus may cause a rethink of the way “rush hour” works given the need for “methods to enable social distancing”.

“Do we need to encourage staggered shifts?” she asked. “Any easing of the lockdown is likely to be done in a gradual and phased approach.

“Confidence in and capacity of transport modes will be a key consideration for return to the workplace.”

Win Bischoff, chair of JPMorgan Securities, said the end of the lockdown “cannot overwhelm the NHS, it must not allow a complete return to normal or business as usual without proper and reliable testing in place for those returning to work and those associated with them”.

But “as in war, difficult moral judgments are occasionally necessary,” added Sir Win.

The government will need to take a “dreadful moral decision that in practice — in order for the vast majority of the country to reestablish the necessary working economy with jobs and viable economic structures — there will continue to be fatalities despite the most stringent safeguards”, he said.

Anne Richards, chief executive of Fidelity International, said the lockdown easing would need “a balancing act of safety and pragmatism, giving rise to hard judgments no one wants to make”.

The economic damage of lockdown was “enormous”, she added.

David Roberts, chair of Nationwide, said he was “very cautious about moving too swiftly” to a widespread reopening of the economy until virus containment strategies including testing were in place.

He added there needed to be a strategy to allow critical parts of the economy to be restarted in stages, based on a vaccine being delayed “for at least a year and probably longer”.

Miles Celic, chief executive of TheCityUK, the trade body for the financial and professional services industries, said that, without a vaccine, the UK would need a flexible system over returning to work.

“Government and employers must properly prepare people for the possibility that they will spend months under some form of lockdown that ebbs and flows,” he added.

Robert Swannell, former chair of Marks and Spencer, said businesses needed to look beyond the crisis, pointing to the virus-induced acceleration of trends such as online shopping and remote working.

“After finding a route to survival we should reimagine what our businesses and the world will look like post-Covid and then move at speed.”

Sun May 3 , 2020
March was meant to be a moment of triumph for Hawksmoor: after six years of planning, the UK steak house chain’s first international outlet was due to open in New York, selling prime British beef to a city that knows a thing or two about grilled meat. But the spread […] 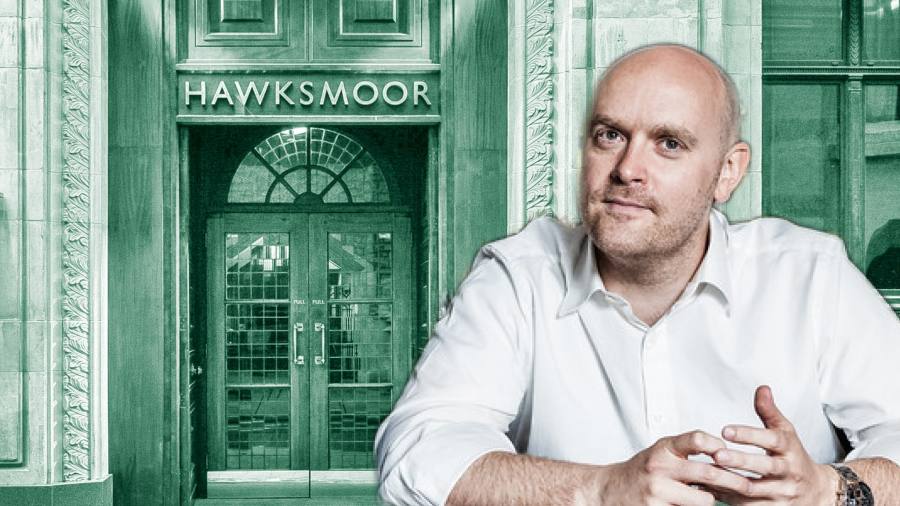