Domestic energy bills in Britain are to surge to their highest level in more than a decade after a cap on prices for 22mn households was increased 54 per cent by the regulator Ofgem to an average of £1,971 a year.

The standard price cap will increase by £693 in April. Some 4.5m of those on the cap, largely vulnerable households, that use pre-payment meters for their electricity and gas will see their bills rise by an average of £708 to £2,017 a year.

In an attempt to soften the blow, Rishi Sunak, chancellor, announced a package of support to “take the sting out of the price increase” and help households through a cost of living crisis that will crystallise in April when tax rises also kick in.

Sunak told MPs he would cut £200 from all energy bills with a further £150 targeted at supposedly more vulnerable households via a council tax rebate for less expensive homes in the bands A-D.

The chancellor was criticised by Labour for offering targeted support though council tax rebates, rather than through the benefits system. The chancellor has told friends he wanted to help middle income families too.

Labour also pointed out that any help offered by Sunak to cope with rising fuel bills would be wiped out by the tax rises that he is introducing in April, which will add to the household budget squeeze.

A combination of a £12bn national insurance rise — which many Tory MPs wanted to axe — and the freezing of income tax thresholds will cost a typical household £600 a year from April.

The new energy price cap, which comes into force on April 1 and lasts for six months, is the highest since the cap on energy bills was introduced in 2019. It also exceeds average bills going back to 2009, according to official data on domestic electricity and gas costs.

The cap has been increased after wholesale gas prices in particular broke a series of records last year and continue to trade at historically elevated levels, triggering warnings from energy companies and analysts that bills will remain high well into 2023 and potentially beyond unless there is a rapid decline in commodity markets.

Jonathan Brearley, chief executive of Ofgem, said he recognised that the rise would be “extremely worrying for many people, especially those who are struggling to make ends meet”.

Justina Miltienyte, energy policy expert at price comparison site Uswitch.com said: “The severity of the energy crisis is now becoming a reality for 22mn households. This is the toughest energy price hike in recent memory and brutally comes at a time when other essential bills are rising.

“While the government will try to soften the impact of this rise . . . the expected measures will only be sticking plasters on a long term problem, and it’s consumers who will ultimately be paying the price.”

Prepayment meter customers pay more than those households that settle their bills via direct debit, which the regulator says also reflects the higher cost for energy companies to serve them.

Charities fear the government’s planned measures will be insufficient to prevent millions more households plunging into fuel poverty. Even before the energy price crisis, an estimated 4mn households could not afford their electricity and gas bills and organisations such as Age UK have already reported evidence of vulnerable people rationing their heating and cutting back on food.

Britain’s energy price cap is currently adjusted twice a year, in April and October, but analysts are warning of a further sharp rise in the autumn, based on forward energy prices in the wholesale market. They expect the October cap will need to rise to more than £2,400 a year. Energy consultancy Cornwall Insight is predicting that even in April 2023, the cap will need to be at £1,846 per household per year based on average usage.

Ofgem said that on Friday it will set out a number of measures to strengthen Britain’s energy retail market, including giving itself powers to update the price cap more often than every six months in “exceptional circumstances”.

The true and fair economic outlook is pretty grim

Thu Feb 3 , 2022
Boris Johnson told the truth in the House of Commons this week. Three times on Monday and again three times on Wednesday, he said that the UK had the fastest growing economy in the G7. This is accurate. But prime ministers should be held, at least, to the same standards […] 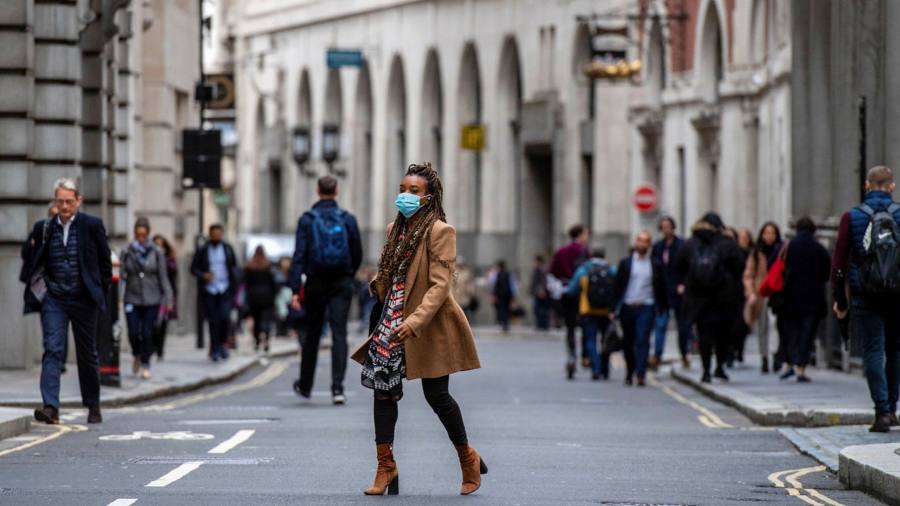