The pink clutches of piglets on Rob Mutimer’s outdoor pig farm in Norfolk will soon be repackaged as back bacon on Britain’s breakfast tables, but in the five months left to them before slaughter they do enjoy a pretty good life. There is straw to snuffle in, a puddle to […]

The pink clutches of piglets on Rob Mutimer’s outdoor pig farm in Norfolk will soon be repackaged as back bacon on Britain’s breakfast tables, but in the five months left to them before slaughter they do enjoy a pretty good life.

There is straw to snuffle in, a puddle to wallow in and open space in which to play — all of which explains why the products from Mr Mutimer’s Swannington Farm to Fork carry the “RSPCA Assured” mark of the Royal Society for the Prevention of Cruelty to Animals.

But with the end of the Brexit transition period less than six months away and US-UK trade talks already well under way, Mr Mutimer is worried. There is growing concern in the UK farming community, which has some of the highest animal welfare standards in the world, that it will not survive the coming onslaught of global competition.

At the heart of the problem for UK farmers is cost. US pork production costs are about half those of the UK due to intensive rearing methods such as sow stalls and growth-enhancing feed additives such as Ractopamine. These practices are banned under EU regulations, which the UK must abide by until the transition period ends in January 2021.

Sow stalls, banned in 1999, almost completely restrict the movement of breeding sows, allowing thousands more animals to be housed in the same space and cutting food intake by about 30 per cent — all of which cuts cost.

The question Mr Mutimer has for ministers is do they really intend to protect British farmers from being undercut by US farmers with whom they cannot legally compete?

“Ministers often say the UK will not dilute ‘our’ welfare standards after Brexit,” said Mr Mutimer, who runs the farm with his wife Helen, a vet. “But they don’t say how they will protect us from imports produced to much lower standards, like those in the US. We have to have a level playing field.”

Even those UK farmers using more intensive methods such as Richard Lister who keeps 3,000 sows in his indoor breeding units in Boroughbridge, North Yorkshire, cannot hope to compete with the scale of big US agribusinesses that can have herds of 20,000 sows and more.

His pigs live indoors, but they also have straw or slatted floors and the freedom to move about. “The media has latched on to ‘chlorinated chicken’ and ‘hormone beef’, but the real issue is welfare standards. Without protection, we’ll be sitting ducks,” he said.

In a statement, the government repeated that it would not compromise on the UK’s “animal welfare and food standards”, adding that regulators would ensure imports into the UK “comply with those high safety standards”.

But Ed Barker, senior policy adviser at the UK’s National Pig Association is not reassured. He said that even if the UK maintained EU-style bans on chlorine washes or additives such as Ractopamine, it was lower welfare standards that really enabled US producers to lower costs.

His confidence took a further hit last month when the government blocked an amendment to the Agriculture Bill that would have legally enshrined a “level playing field” on welfare standards. “If the government is sincere, then why not write it into law?” he said.

The challenges facing ministers as they try to deliver on Brexit promises, secure a trade deal with a powerhouse such as the US and simultaneously protect UK farmers and maintain public confidence are immense.

As it confronts the choices raised by Brexit, the UK government has proposed a global tariff schedule that puts average protective tariffs on pork of more than 60 per cent. But the Department for International Trade has been lobbying to slash these as part of any US trade deal.

Promises to maintain standards must be squared with clear US demands for “comprehensive market access” for its agricultural products and the removal of EU animal health rules that it sees as protectionist.

The US’s National Pork Producers Council (NPPC) in its official comments on the US mandate said any deal must open the door to “duty free” imports to the UK and drop what it terms as the EU’s “bogus food safety concerns”.

It concluded that the UK faced “stark choices” over whether to maintain “the EU’s non-science-based and protectionist” barriers to agricultural trade, or open itself to “modern agricultural production methods of the kind practised by the United States”.

Among the ideas recently floated by ministers to avoid those “stark choices” was a differential tariff, that would see higher tariffs imposed on food imports with lower standards. However, trade experts are extremely doubtful such an idea would be acceptable to US negotiators.

“It is not clear why the US would accept that,” said Dmitry Grozoubinski, a former World Trade Organization negotiator and founder of the ExplainTrade website. “It would keep tariffs in place on the bulk of their production while simultaneously serving as a tacit admission US welfare and safety standards are inferior — neither would be an easy sell to US farmers.”

Nick Giordano, lead counsel at the NPPC representing US pork producers, was clearer still. The idea of differential tariff rates would be “dead on arrival” in Washington, he said.

The NPPC argues that the intensively reared “hogs” in the US are no less happy or healthy than Mr Mutimer’s outdoor-raised pigs, and that UK consumers should be free to choose which products they prefer now they are freed from the controls of “bureaucrats in Brussels”.

But British consumer confidence will be key. Opening UK markets to US products risks awakening long-dormant political questions on trade that together with trade policy were exported to Brussels long ago.

Almost 1m people have signed an online petition supporting UK food standards organised by the National Farmers’ Union that has been endorsed by the celebrity chef Jamie Oliver and backed by the UK’s popular press.

This week Which? wrote to Liz Truss, the UK international trade secretary, warning that a US-UK deal posed a potential threat to food safety. The consumer watchdog included a survey showing that 72 per cent of the public did not want products such as chlorine-washed chicken.

Peter Stevenson, chief policy adviser at Compassion in World Farming, an animal welfare campaign group, is among those who doubt that the government can square the circle between free trading Brexiters, farmers and consumers.

“If the UK wants a trade deal with the US, I find it hard to believe they’ll be able to prevent low-quality imports in every livestock sector. They will have to choose,” he said.

Wed Jun 17 , 2020
Advice given to people taking out equity release loans is “not up to scratch”, the UK’s financial regulator has warned, as it highlighted concerns over the risks for consumers seeking to turn their housing wealth into cash. Publishing the findings of a review on Wednesday, the Financial Conduct Authority said […] 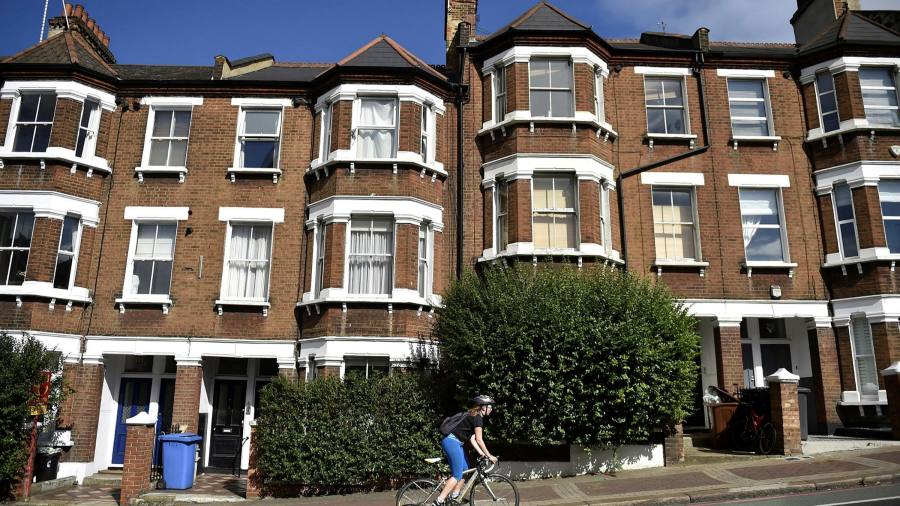