FILE PHOTO: A Union flag and a Chinese flag are placed at a pole with security cameras in front of a portrait of late Chinese Chairman Mao Zedong at the Tiananmen gate during a visit by British Prime Minister Theresa May to China, in Beijing, January 31, 2018. REUTERS/Jason Lee […]

FILE PHOTO: A Union flag and a Chinese flag are placed at a pole with security cameras in front of a portrait of late Chinese Chairman Mao Zedong at the Tiananmen gate during a visit by British Prime Minister Theresa May to China, in Beijing, January 31, 2018. REUTERS/Jason Lee

(Reuters) – Britain must defend its companies against overseas takeovers in the aftermath of the crisis caused by the coronavirus outbreak, a senior British lawmaker said, adding that China’s state-owned companies have drawn on state banks to outbid rivals.

“Increasingly, China’s state-owned enterprises have been able to draw on state banks to outbid rivals in Europe and America”, Tom Tugendhat, chair of the Foreign Affairs Select Committee and a Conservative Party lawmaker, wrote in the Financial Times newspaper on.ft.com/2Xokfv1.

“In a downturn, the difference between state-backed credit and the buying power of normal commercial investors will become starker, further strengthening the hand of state-owned enterprises with a voracious appetite to buy rather than build.”

Tugendhat wrote that while Britain has prided itself on being an open economy with few restrictions on foreign ownership for decades, the basis for that model has been changed by the “rise in state capitalism with deep pockets”.

Last month, Tugendhat said China was trying to exploit the global crisis triggered by the novel coronavirus outbreak by wresting control of companies such as Imagination Technologies and changing the way the internet works.

Reporting by Kanishka Singh in Bengaluru; Editing by Peter Graff

Sun May 24 , 2020
FILE PHOTO: A man wearing a protective face mask, takes a photo with his mobile phone at noon, at Shibuya Crossing, during the coronavirus disease (COVID-19) outbreak, in Tokyo, Japan, March 31, 2020. REUTERS/Issei Kato/File Photo TOKYO (Reuters) – Japan is considering a fresh stimulus package worth over $929 billion […] 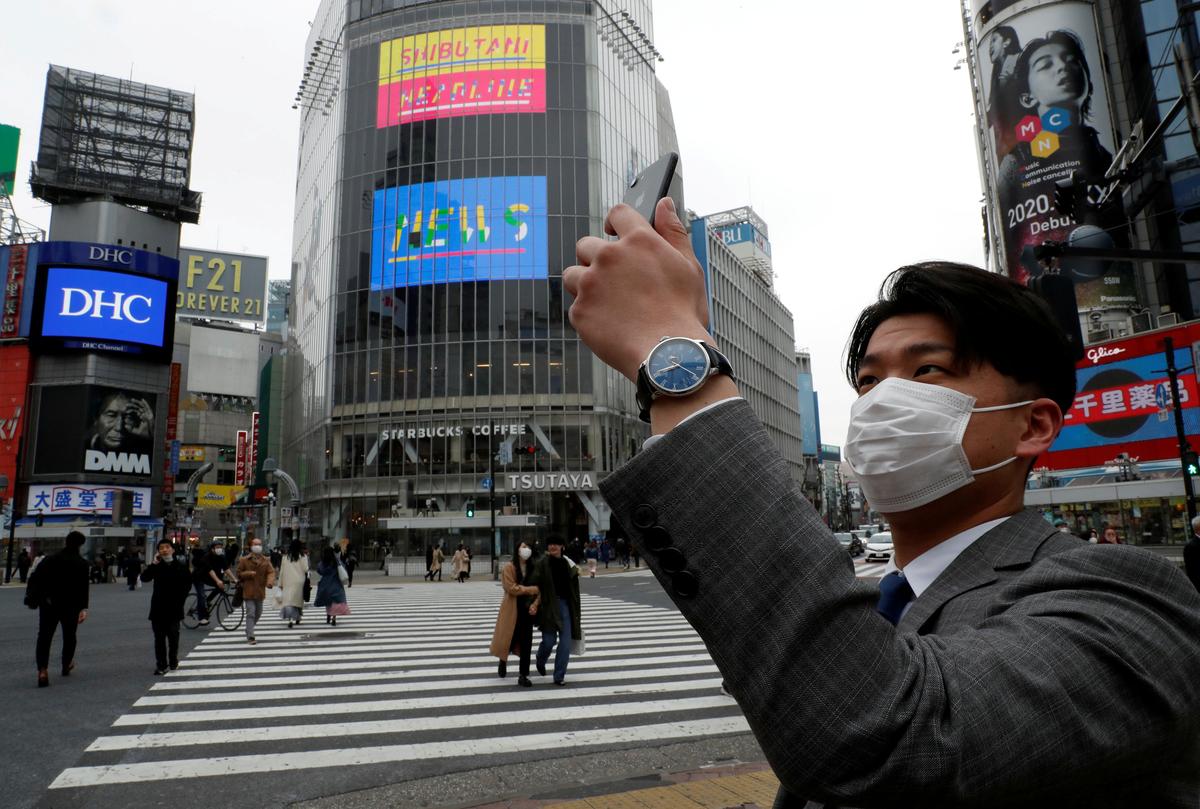