Top executives at BT are set to defer their bonuses in a bid to reassure shareholders, after the telecoms group suspended its annual dividend for the first time in almost 40 years earlier this month.

Chief executive Philip Jansen and head of finance Simon Lowth will defer their combined £2.2m cash bonuses for the year to March into shares that cannot be sold until 2024, according to two people briefed on the matter. The same will apply to any bonuses awarded in the current financial year.

“The chief executive and chief finance officer decided it would be appropriate for them to defer cash bonuses into share bonuses in light of the decision on the dividend,” one of the people said. The proposal, which was set out in a letter sent to the group’s top 20 investors, was first reported by Sky News.

BT, which has about 800,000 retail shareholders, has up until recently been one of the biggest dividend payers in the FTSE 100. It cut its dividend in 2008 and cancelled its final payment to shareholders in 2001, but has never before ceased payments for a full year.

The group’s new remuneration policy, which will be set out in its annual report on Thursday, will also propose that it includes goals on reducing carbon emissions and providing digital training for customers as metrics for calculating bonuses, the people said. It will also suggest halving a cap on the amount which can be awarded under the group’s long-term incentive plan to 200 per cent of salary, reducing the overall maximum pay package available to top executives by roughly a third.

BT’s cancellation of its dividend was more severe than analysts had expected and underlined the extent to which the coronavirus pandemic is forcing even those companies perceived as more resilient to rethink their strategy.

At the time, Mr Jansen called it “hard for shareholders although necessary”, as he justified the need to cut the payout against its plan to invest in its full-fibre network.

The group intends to connect 20m homes and premises to the faster broadband technology within a decade, an infrastructure investment expected to cost £12bn.

Mr Jansen, who joined BT as a director in January 2019 and became chief executive the following month was paid £725,000 for the three months he was with BT that financial year. Mr Lowth was paid £1.9m.

What is the Northern Ireland protocol: the Irish Sea border explained

Wed May 20 , 2020
Boris Johnson has insisted for months that Northern Ireland would not be separated from the rest of the United Kingdom after Brexit by new red tape, customs checks and other administrative hurdles. “There’s no question of there being checks on goods going NI/GB or GB/NI,” Mr Johnson said last December. […] 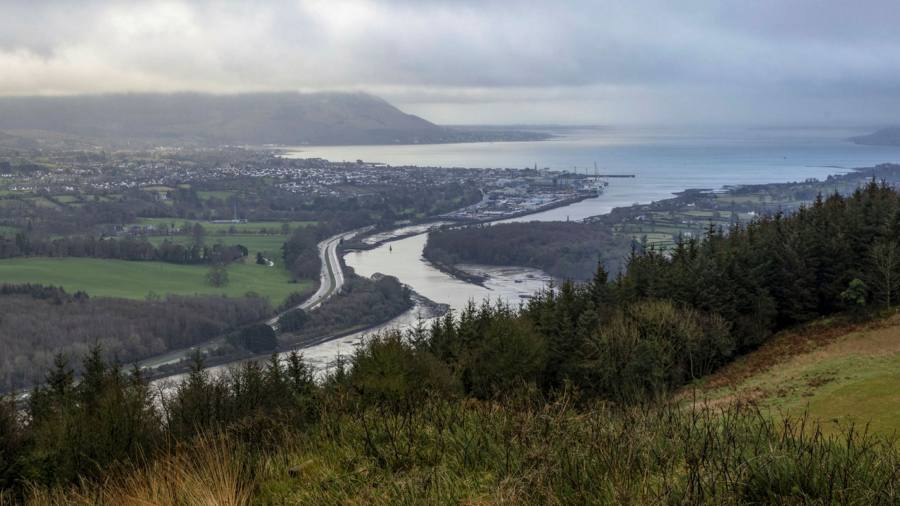