BT is in talks to sell a multibillion pound stake in its Openreach division to infrastructure investors, in a move that would bankroll a £12bn upgrade of Britain’s broadband network and boost the telecom group’s flagging share price. Potential buyers, including Australian bank Macquarie and a sovereign wealth fund, have […]

BT is in talks to sell a multibillion pound stake in its Openreach division to infrastructure investors, in a move that would bankroll a £12bn upgrade of Britain’s broadband network and boost the telecom group’s flagging share price.

Potential buyers, including Australian bank Macquarie and a sovereign wealth fund, have held talks with BT in the past three weeks, according to three people with direct knowledge of the discussions.

Openreach, which maintains the UK’s national network, is the most profitable division within BT and the potential stake sale could value the unit at about £20bn, according to people with knowledge of the talks. That is double BT’s current market capitalisation, which on Thursday sank to its lowest level since 2009.

Talks are at an early stage and the mechanism by which investors would buy a stake in Openreach remains under discussion.

BT, which operates the country’s largest broadband and mobile phone networks, considered spinning off its network division more than a decade ago but decided that the business remained more valuable as a whole. It also resisted approaches from financial investors targeting Openreach in 2018.

But there are increasing doubts over BT’s ability to pay for a £12bn plan to connect 20m homes to full fibre lines by the end of the decade, the centrepiece of chief executive Philip Jansen’s revival strategy for the struggling company.

BT’s value has fallen 80 per cent over the past five years. The downward spiral was exacerbated by its decision to cancel its annual dividend last week for the first time since it was privatised in 1984.

The group has pension liabilities of more than £50bn, net debt of £18bn and expects to spend £1.3bn restructuring the company over the next five years. The 18-month dividend hiatus will save BT £2.5bn but some analysts have questioned whether it will generate enough cash after that to fund its fibre expansion. External investment in Openreach to bankroll the fibre plan would ease those concerns.

Only a handful of incumbent telecoms companies have fully separated their consumer operations from their network but the value of telecoms infrastructure has soared in recent years with investors targeting assets including fibre networks, towers and data centres.

In the past three years, infrastructure investors including Macquarie, KKR, M&G Prudential and Goldman Sachs have all acquired smaller British telecoms companies at steep valuations. Fibre networks have a long payback period, but are highly cash generative, which attracts long-term investors.

A stake sale would unlock the value of Openreach which is a legally separated company within BT but fully owned by the former state owned telecoms operator.

That would be welcome for BT investors who saw the shares dip below 100p on Thursday for the first time since 2009, valuing the company at £10bn. The shares recovered to close 1 per cent higher after BT said that four board members, including Mr Jansen, had bought shares in the company.

Barclays analysts value Openreach at £22bn on a sum-of-the-parts basis, although analysts at Redburn attribute a more conservative £14bn value to the asset.

Openreach’s full fibre network covers only 2.6m homes but it intends to speed up its build over the coming years to about 3m a year. The slow upgrade has become both a regulatory and political issue in recent years: prime minister Boris Johnson pledged to connect all British homes to “gigabit speeds” by 2025 as a key election promise. By contrast, the Labour party under previous leader Jeremy Corbyn planned to renationalise BT and Openreach to invest in fibre.

Thu May 14 , 2020
Britain’s Secretary of State for Transport Grant Shapps speaks at the daily digital news conference on the coronavirus disease (COVID-19) outbreak, at 10 Downing Street in London, Britain May 14, 2020. Andrew Parsons/10 Downing Street/Handout via REUTERS LONDON (Reuters) – The British government said it is optimistic about reaching a […] 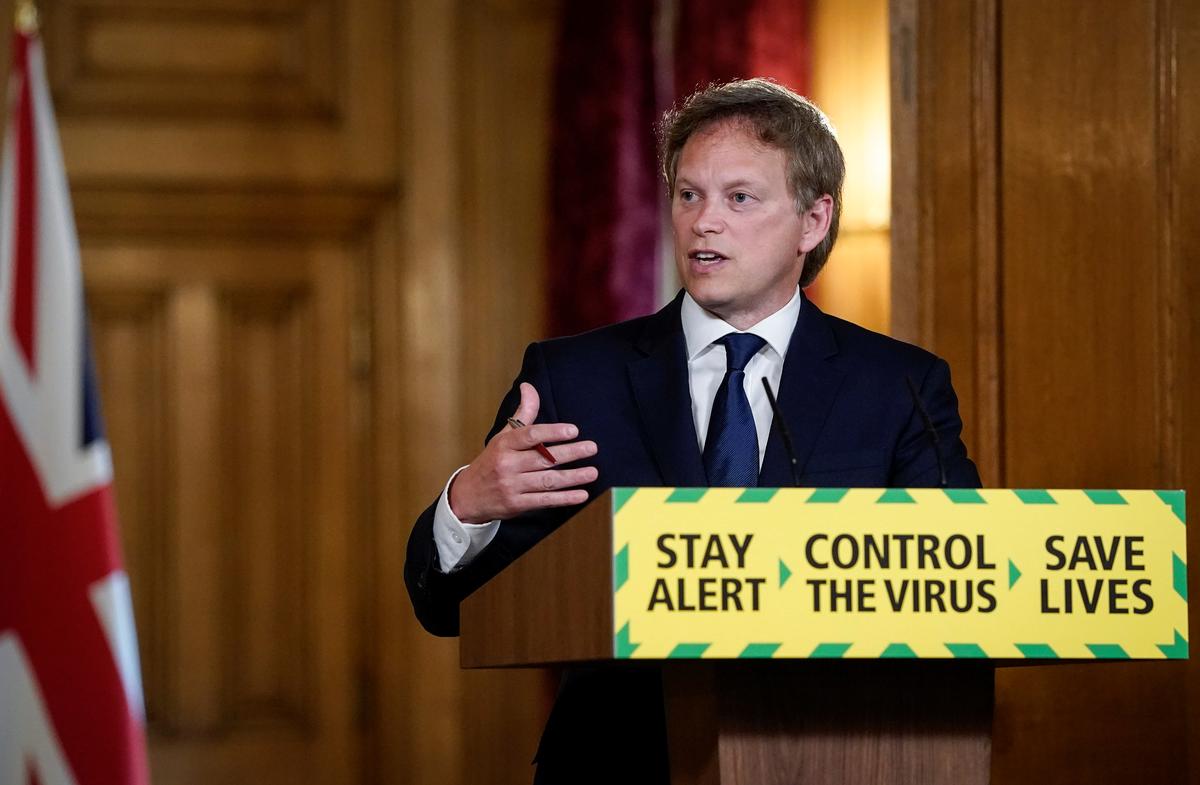