SOFIA (Reuters) – Bulgaria has asked the European Central Bank (ECB) for a swap line that would provide euro liquidity and support the country’s currency board arrangement amid a global crisis triggered by the coronavirus pandemic, the finance minister said on Tuesday.

Vladislav Goranov said he expected a positive response, which could come before or when Bulgaria gets approval to join the euro zone’s “waiting room” and the EU’s banking union. Sofia plans to apply to join both by the end of April.

Sources familiar with the plan see a swap line agreement between the ECB and the Bulgarian National Bank sealed within days or by the end of month at the latest.

Bulgaria has pegged its lev currency to the euro in a currency board arrangement, which prevents its central bank from setting interest rates or acting as an unlimited creditor of last resort.

A swap line for “several billions” would provide the Balkan country with euro liquidity, without putting pressure on the central bank’s foreign exchange reserves that support the currency peg, Goranov said.

“This is a very big support, an additional guarantee for the stability of the currency board, which although oversecured by 150%, remains a fixed currency mechanism which in a crisis situation should be supported and protected to the maximum,” Goranov told reporters.

“The Bulgarian National Bank will be able to exchange levs, without that weighing on its reserves that cover the peg, for euros at the fixed exchange rate to the amount of the swap line,” he said.

Prime Minister Boyko Borissov, who also attended the news briefing, said a swap line would guarantee that the banks would have enough euro liquidity if there was an increased demand for euros.

In March, the ECB reopened a swap line with its Danish counterpart and doubled the amount of euros it could lend to 24 billion euros to ensure Danish banks had access to the single currency.

Last week, Croatia, which like Bulgaria plans to join the euro zone’s “waiting room”, secured a swap line with the ECB to provide 2 billion euros to the country’s banks against any “market dysfunction”.

Reporting by Tsvetelia Tsolova in Sofia and Balazs Koranyi in Frankfurt; Editing by Kirsten Donovan, Bernadette Baum and Alison Williams

Tue Apr 21 , 2020
FILE PHOTO: The Chief Economist of the Bank of England, Andy Haldane, listens from the audience at an event at the Bank of England in the City of London, London, Britain April 27, 2018. REUTERS/Toby Melville LONDON (Reuters) – The impact of the coronavirus at the end of March was […] 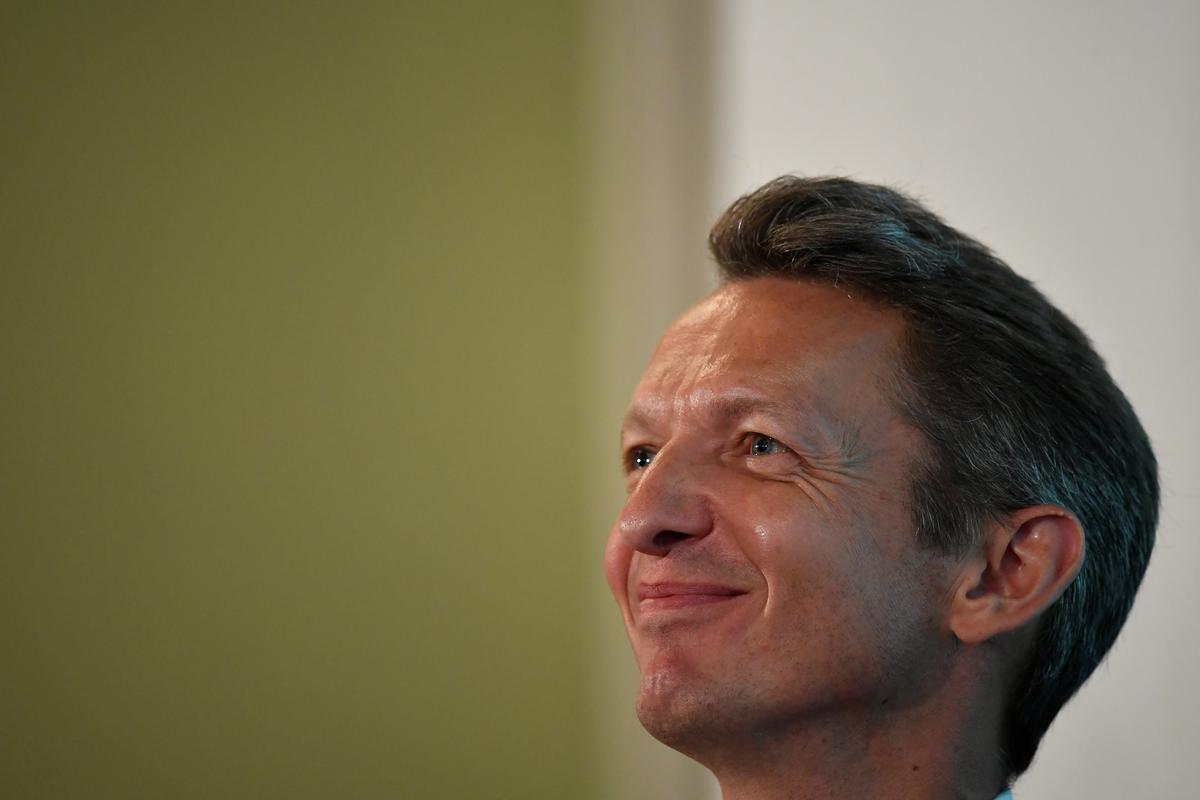