The chancellor laid out plans for a long-term, state-backed loan scheme to support businesses next year as he extended existing coronavirus measures to help ease pressure on struggling firms using the £58bn emergency programme.

Many businesses welcomed the offer of help to protect dwindling cash flows from Rishi Sunak as he announced applications under the four state-guaranteed loan schemes would remain open until the end of November. Measures to protect companies from insolvency were also extended.

But pub and bar operators warned the extension until next March to a cut in the VAT rate for businesses in the hospitality sector, hit hardest by the latest nationwide restrictions imposed this week, did not go far enough. Travel executives complained of the lack of targeted help for the tourism industry.

The imposition of new coronavirus measures, including curfews on bars and restaurants and a U-turn on the policy of encouraging workers back to offices, has left many companies facing a further hit to revenues during the months running up to the peak Christmas period.

Executives have warned the new coronavirus measures would lead to widespread business failures and hundreds of thousands of job losses with many businesses still struggling to recover from the full lockdown earlier this year.

On Thursday, the chancellor confirmed changes to the four state-backed loan schemes, including the end of November extension to allow more businesses to secure essential cash after ministers warned restrictions may have to be tightened further if infections continued to rise.

The terms of the loans will also be extended to 10 years from six and businesses will also have the option either to pause repayments or move temporarily to interest-only payments for up to six months. Banks have so far lent about £58bn under the four schemes.

Jonathan Geldart, director-general of the Institute of Directors, said the measures around loan schemes and tax deferrals would “reassure swaths of companies” by going “some way to defusing a rapidly-approaching tripwire of built-up debt”.

He added: “With revenues still limited by the virus, directors looking to adapt their organisations will come up against cash crunches in waves.”

The chancellor also signalled that he would seek to replace the four loan schemes with a longer term loan programme, promising: “We are starting work on a new, successor loan programme, set to begin in January.”

Charlotte Crosswell, chief executive of Innovate Finance, which represents fintech and non-bank lenders, said she was “encouraged” by plans for a “long-term solution for SME financing.”

Miles Celic, chief executive of City lobby group, TheCityUK, said the loan extensions would help “to preserve many viable firms, allowing them the chance to return to growth after the pandemic has passed”.

Mr Sunak also sought to cushion the blow to companies in the hard-hit hospitality sector, which will bear the brunt of the latest restrictions, by extending cut in the VAT rate to 5 per cent until March 2021. He said the measure would help protect more than 150,000 businesses and 2.4m jobs.

The chancellor also said that the nearly half a million businesses that had deferred more than £30bn of VAT this year would be allowed to spread bills over 11 interest-free repayments from next March.

But Kate Nicholls, head of UKHospitality, which represents the leisure and tourism sectors, said the VAT cut extension was “not as big a deal as [the chancellor] made out” and did not last long enough.

Nick Mackenzie, chief executive of the UK’s largest pub group Greene King, said the measure would not help drink-focused bars and pubs as it does not cover VAT on sales of alcohol. “The industry is still dealing with the crippling after-effects of the nationwide lockdown and the cumulative effect of the new restrictions, combined with the singling out of pubs, mean the measures . . . don’t go far enough, especially for drink-led city centre pubs.”

Joss Croft, chief executive of UKInbound, which represents travel businesses, noted that the support did little to address the “desperate needs” of the sector when many companies that rely on international tourists had received few visitors since March.

ONS data on Thursday showed that 16 per cent of small businesses had still not reopened their doors for trading in August and September.

One in ten workers were still partly or fully on furlough, it said, in a survey of almost 6,000 businesses. A quarter of businesses in the tourism and food industries had a “severe or moderate risk of insolvency”, with one in ten at risk on average across the whole economy.

Thu Sep 24 , 2020
UK chancellor Rishi Sunak on Thursday presented a package aimed at protecting jobs “through the difficult winter months”. It is an essential step. The recent resurgence of coronavirus has led to new restrictions that will limit not only freedom of movement, but the economy’s capacity to grow — just when […] 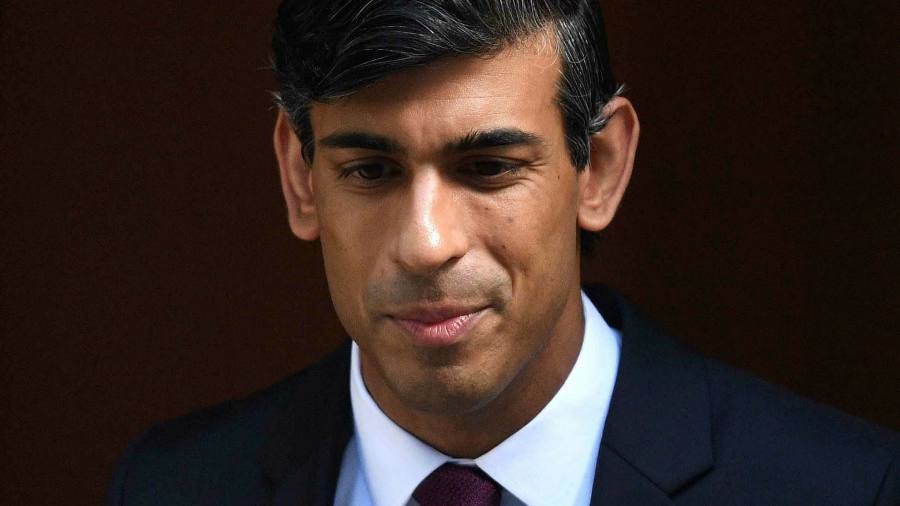