Business leaders have called on the government to provide greater clarity over when and how the coronavirus lockdown will end as ministers step up efforts to help companies restart operations.

Although prime minister Boris Johnson on Monday signalled that it was too early to lift social distancing measures, the business department has set up six working groups with industry to draw up guidelines for the safe return of employees to different working environments.

The guidance will differ according to each company’s operating environment but officials said it would be based on the fundamentals of maintaining social distancing, variable shift patterns, encouragement of continued homeworking and strict hygiene practices.

The work will feed into preparations under way around the UK by companies slowly emerging from the coronavirus lockdown, involving health and safety teams and unions, about how to reopen safely.

Central to that planning is when ministers will lift restrictions. CBI chief Carolyn Fairbairn, who will sit on the offices working group, said she was still waiting to see that “overall plan,” adding: “We need forward guidance — an understanding of what might happen and when.”

Adam Marshall, director-general of the British Chambers of Commerce, said businesses needed clarity. “There is already confusion on the ground. We want some answers to the big questions around the timeline — will we have enough notice?”

Other than the hospitality and retail sectors, most businesses were not ordered to close by the government. But many chose to do so to protect staff after Mr Johnson told people to stay home five weeks ago.

In the past few days, activity is returning to sectors including construction, carmakers, retail and some food outlets as concerns grow about the financial damage from long term closures.

From next week, Greggs will start selling pasties and sausage rolls again, with stores in Newcastle opening on a trial basis. This follows earlier moves by rivals such as Pret A Manger, Five Guys and KFC.

Its shops will reopen with areas marked out to enforce social distancing and a one-way system for customers, as well as plastic screens to protect staff who will only accept card payments. Hand sanitisers will be provided for customers, with gloves and visors for staff.

In an email to staff seen by the FT, chief executive Roger Whiteside said the “key principle in the plan is that we must accept that when we open, we will not be able to operate normally”.

Jaguar Land Rover and Aston Martin have both announced cautious restart programmes, while many retailers are also starting to reopen stores included in the government’s definition of “essential”.

About half of B&Q’s 300 stores are now open and Timpson is starting to reopen its key-cutting and shoe repair outlets.

James Timpson, who runs the shoe mender, said that some outlets within supermarkets opened this week, which would test out health and safety measures, such as sneeze screens, and social distancing.

Shops that reopen could employ security guards to enforce social distancing rules, according to guidance drawn up by the British Retail Consortium. Customers should be encouraged to shop alone, while “hands-on” contact such as make-up demonstrations will be banned.

Big office-based employers are rethinking how their offices will look when staff return, having mostly moved to working from home during the lockdown.

One executive at a big top professional services firm said they were looking to ensure safe distances, staggered working hours or days for different teams and enhanced cleaning.

Steve Morgan, ex-chairman of housebuilder Redrow, said it would be a mistake for the government to be overly prescriptive on how companies should operate after the end of the lockdown.

But many businesses have called for some standards around safe working would be helpful.

“We need as much flexibility as possible within the furlough scheme to make sure it aids transition back into work . . . clarity around PPE, contact tracing and any requirements to wear a face mask in public,” said Charles Young, senior medical officer at Capita, the outsourcing specialist.

Dr Young added: “We also ask for clear messaging from the government to overcome the anxiety many people are feeling about returning to work.”

Frances O’Grady, general secretary of the Trades Union Congress, called for a mandatory risk assessment of every workplace before staff are allowed back to ensure they have allowed for measures such as social distancing, staggered shifts and safe transport.

Businesses warn that the government also needs to ensure the wider infrastructure for workers to return can function with restrictions still in place, including safe travel on public transport as well as childcare.

Officials at the Department for Transport are modelling different scenarios to keep passengers apart along with the timing of when the lockdown could end. “We’re going to want people working from home as much as possible to prevent the return of rush hour,” said one official.

Not all sectors want the government to speed up reopening plans. Companies only want to open again when there is both supply and demand for their goods and services.

Some carmakers have privately said that there is little point restarting production unless dealerships are open to sell the cars, according to Dame Carolyn.

France’s PSA, which owns the Vauxhall and Peugeot brands, has said its UK sites would remain closed until dealerships reopened and sales picked up again.

Restaurateurs have also said that opening too soon during a partial easing of restrictions would be fatal.

“No one has any idea when we can reopen profitably,” said one restaurant owner. “Let us open later when we are confident that customers want to come back to eat in a restaurant.”

Mon Apr 27 , 2020
Rishi Sunak, chancellor, has told MPs he is planning a “gradual” winding down of the government’s hugely expensive job support scheme, in an attempt to avert a surge in unemployment after its scheduled expiry on June 30. Mr Sunak suggested the economy would have to be gradually weaned off tens […] 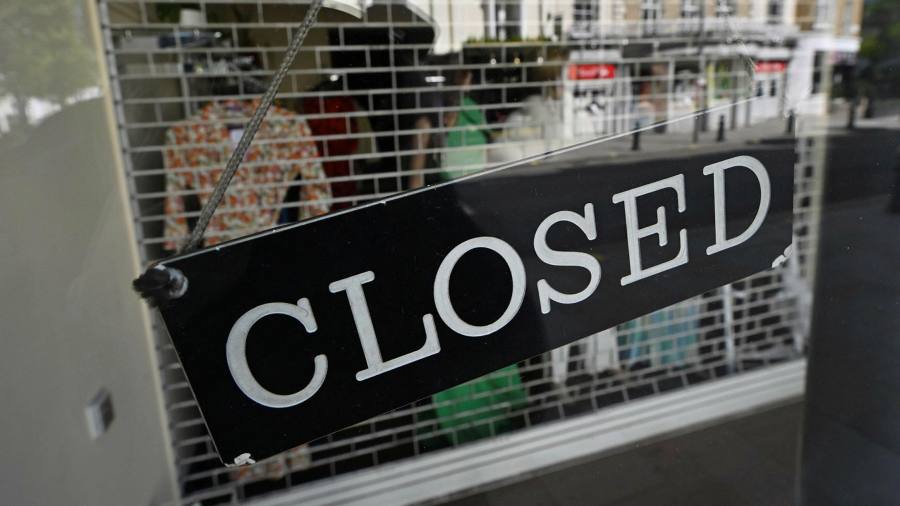