LONDON/MUMBAI/NEW YORK (Reuters) – Gold loves a crisis, the old adage goes. And with prices up 13% this year to their highest since 2012 and many predicting further gains as investors search for safe places to put their money, it looks true for the coronavirus crisis so far.

FILE PHOTO: A goldsmith evaluates gold inside a shop as demand for cash increases after the partial shut down caused by the outbreak of the coronavirus disease (COVID-19) hurts the local economy in Bangkok, Thailand April 16, 2020. REUTERS/Jorge Silva/File Photo

But, as individuals and countries alike see a drop in income, traditional gold consumers in India and China are buying less and central banks are cutting purchases. Without them, gold’s run higher may be hard to sustain.

Driven by investors’ clamour for insurance against economic turmoil and the potential devaluation of assets and currencies, some predict a bull run reminiscent of gold’s price rally to record highs just shy of $2,000 in 2011.

Bank of America Merrill Lynch has even said it could touch $3,000 by the end of next year.

But if history is any guide, it takes a sustained period of rising demand to really drive gold higher, and given the depth of the economic recession economists expect because of the coronavirus, individual consumers may be buying less gold for some time to come..

“You encounter a lot of conventional wisdom around gold, like that inflation drives it up, or a bad environment does,” Andrew Sheets, chief cross-asset strategist at Morgan Stanley, said.

But gold is not so straightforward, he said. “Look at 2003-2012, gold basically went up in every possible scenario. Boom, bust, crisis, no crisis. Then for a few years it just went down every year.”

In the last half century, gold has had two spectacular bull runs.

The first was triggered when governments gave up control of gold prices and relaxed prohibitions on private ownership around 1970.

That released a surge of pent-up demand, said Fergal O’Connor, a lecturer at Cork University in Ireland who has researched gold prices. Along with political and economic convulsions and a rush of speculative investment, this pushed gold from $35 an ounce to around $800 in 1980.

The rally peaked, and two decades of weakness followed as central banks sold thousands of tonnes of gold. By 1999, an ounce cost $250.

Then the tide turned, as the structure of the market changed. European central banks agreed to coordinate sales, stabilising prices. China allowed more people to own gold, and purchases soared. Exchange traded funds (ETFs), which store gold on behalf of investors, also provided an easier way for people to hoard gold bars.

HOLD ON TO GOLD

The 2008 financial crisis arrived in the middle of gold’s last big rally – fuelling it, rather than starting it.

Early in that crisis, gold prices fell sharply as a broader plunge across assets forced investors to raise money by selling what they could.

The same thing happened as the global spread of the coronavirus caused a market panic.

In 2008 and 2020 alike, investors moved back to gold in response to central banks’ massive monetary stimulus that reduced bond yields and raised the risk of inflation that would devalue other assets and currencies.

“Financial repression is back on an extraordinary scale,” analysts at Bank of America said, predicting that interest rates in most large countries will be “at or below zero for a very long period of time”.

Some investors say asset-buying by central banks is tantamount to printing money and dilutes the value of the dollar, again adding to the appeal of gold. Unlike money, “the Fed can’t print gold,” BofA said.

(Graphic: Gold vs bond yields and the dollar – here)

During and after 2008, demand rose not only from investors but also from central banks, which were turning from sellers to buyers, and from emerging economies such as China, whose consumption rocketed from just over 200 tonnes in 2003 to 1,450 tonnes in 2011.

Now, central banks such as Russia’s are scaling back purchases as they strive to bolster their economies.

Growth in the gold markets of China and India stalled nearly a decade ago and has collapsed in the face of the coronavirus lockdowns.

The crisis is putting millions out of work, and a strengthening dollar means gold prices are already at record highs in currencies including the yuan and rupees.

“Disposable income is falling and gold prices are rising,” said Surendra Mehta, secretary at the India Bullion and Jewellers’ Association, predicting people would buy less or not at all.

They may sell. In Thailand this month people queued around the block to redeem gold for much-needed cash, and analysts at HSBC expect this year’s scrap gold supply to reach near record levels.

India’s gold consumption could fall to as low as 350 tonnes in 2020 from last year’s roughly 700 tonnes, according to the chairman of the All India Gem and Jewellery Domestic Council, N. Anantha Padmanaban.

Chinese demand, meanwhile, could be as weak as 640 tonnes, down from around 950 tonnes in 2019, said Samson Li at consultants Refinitiv GFMS, which studies global gold flows.

GETTING PHYSICAL WITH FINANCIAL

To drive prices higher, investors will have to compensate for demand loss elsewhere.

So far, they have, raising their stockpile in exchange-traded funds by more than 400 tonnes this year to above 3,300 tonnes – a record amount worth some $180 billion.

“The demand for a hedge (against risk) will outstrip everything else,” said Peter Grosskopf, CEO of asset managers Sprott, which runs a gold-backed ETF. “There are enough people that are scared.” 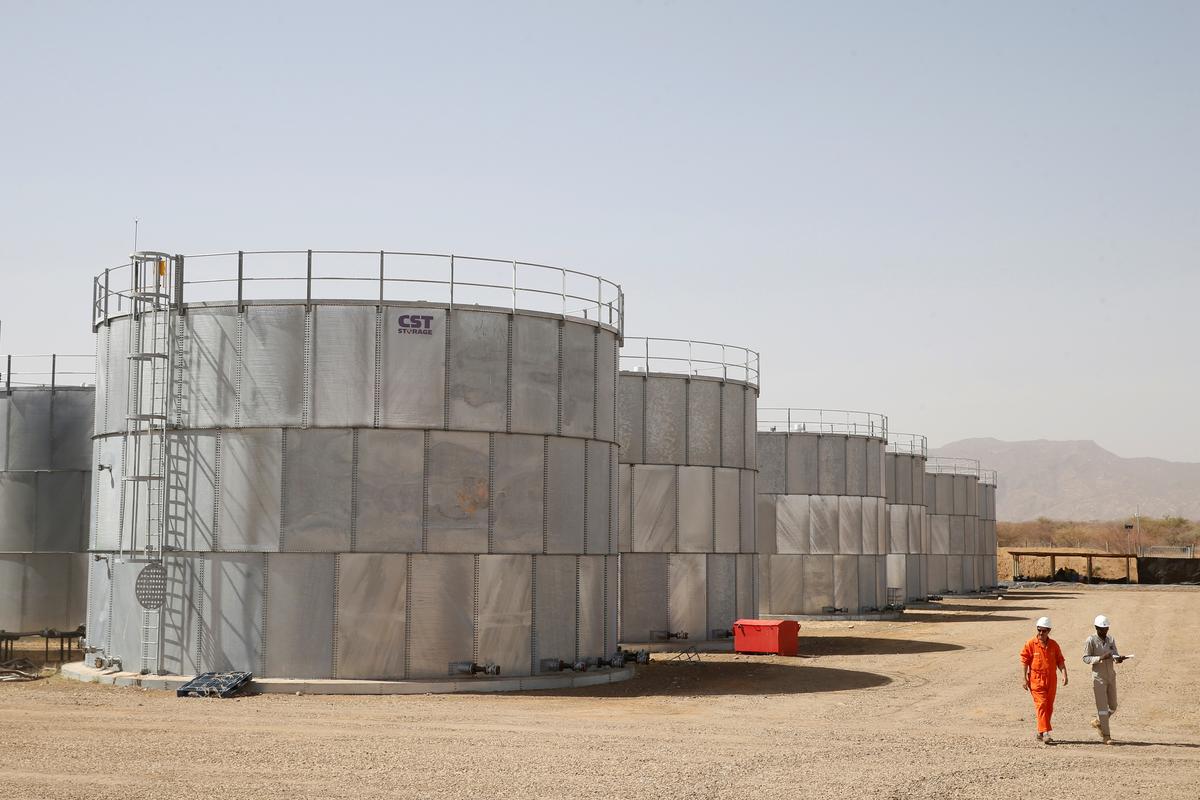