Employers should have extra latitude to recruit senior care workers and nursing assistants from overseas after stricter immigration rules come into force when the post-Brexit transition period ends in December.

The recommendation by the Migration Advisory Committee came as the government’s advisory body on immigration said it was “particularly concerned” about recruitment in the social care sector once freedom of movement with the EU ends in January.

The roles are among a number of healthcare-related professions that MAC has recommended for inclusion on the so-called shortage occupation list (SOL), which lowers the visa requirements for migrants applying for those roles.

But the expert body, which had previously resisted adding care home workers to the list, also warned it was critical to attract more UK citizens by raising wages in the sector, which was already struggling with staff shortages before the coronavirus pandemic hit.

Employers will no longer be able to recruit EU citizens for many lower-skilled jobs in the care home sector after December 31 because the government’s new points-based, post-Brexit immigration system bars overseas recruitment for roles needing less than the equivalent of A-levels.

For occupations that require A-levels or equivalent, the committee recommended adding butchers, bricklayers and stonemasons, as well as a range of senior nursing and care home jobs to the list.

At the graduate job level, the committee recommended adding pharmacists, physiotherapists and health service managers as well as modern languages teachers to the UK-wide list.

The government commissioned MAC to review the SOL in March and Brian Bell, who took over as chairman of the advisory body in June, said the decline in the number of migrants coming to the UK and the expected increase in unemployment as a result of the pandemic had made it a “very challenging time” to decide on which occupations to add to list.

The unusual circumstances had made the committee more willing to include some professions on the list simply because it was “sensible” to do so, Prof Bell said. But he added that migration was not always the solution to sectors’ recruitment problems.

“We remain particularly concerned about the social care sector . . . as it will struggle to recruit the necessary staff if wages do not increase as a matter of urgency,” Prof Bell said.

Migrants applying for jobs on the SOL will be awarded extra points under the post-Brexit immigration system, making it easier for them to obtain a visa. Employers filling jobs on the list will be able to recruit staff on salaries as low as £20,480 annually. The minimum pay threshold for migrants filling other jobs is £25,600.

The review coincided with one of the sharpest changes in the UK’s jobs market. Employers a year ago were struggling to find staff amid record high levels of employment but the pandemic is now expected to push millions of workers out of jobs.

Kathleen Henehan, senior economist at the Resolution Foundation think-tank, said the MAC’s report was the latest reminder of the damage done caused by “appalling pay and conditions” in the care sector.

“Expanding our social care workforce could help our Covid response, provide vital employment opportunities for those losing their jobs in the crisis, and improve the quality of care in an ageing society,” she said.

The MAC last reviewed the shortage list last year and ministers have generally accepted its recommendations. The government said it would consider the latest report “carefully” before making any decisions.

Tue Sep 29 , 2020
One in eight older workers have changed their retirement plans as a result of the coronavirus crisis and a third said their financial situation had worsened, according to research by the UK’s Institute for Fiscal Studies. The think-tank’s findings follow the release of government data showing that the pandemic has […] 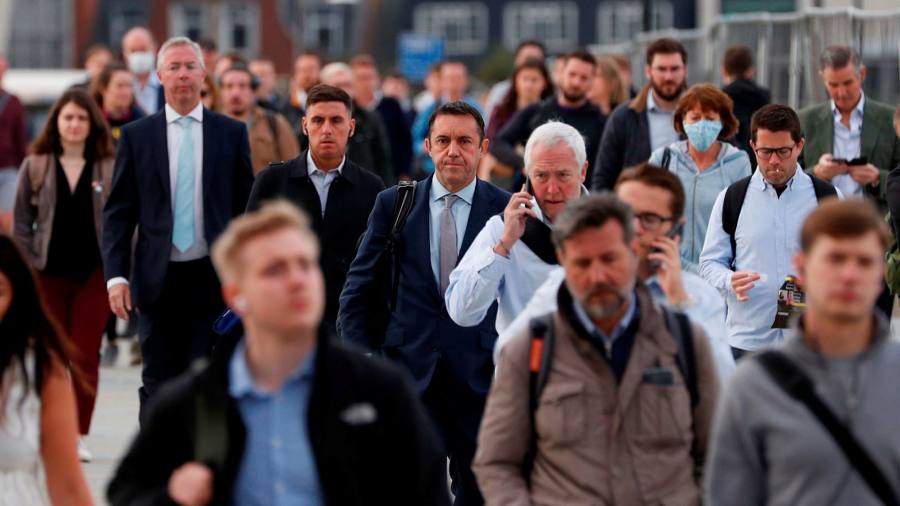