An organisation set up by the UK government to use money in abandoned bank accounts to catalyse funding for non-profit groups has been a major force behind a seven-fold increase in the country’s social investment market, according to the first independent review of its performance.

The UK’s social investment market has expanded from £165m in 2011, the year before the formation of Big Society Capital, to £1.1bn in 2018 and the organisation has helped support hundreds of charities and non-profits, the report concluded. It was commissioned by the Big Society Trust, which has a majority stake in BSC.

BSC’s work is becoming increasingly important because the charity sector has been a severe casualty of the coronavirus pandemic just as demand for its services increases. Analysis published last month by Pro Bono Economics, a charity, estimated that over the following six months funding would drop by £6.7bn while demand would increase by £3.4bn.

“It’s been very difficult frankly for many organisations. Many have had to furlough staff, and the concern going forward is that those staff won’t return,” said Harvey McGrath, chair of BSC. “What we’ve done is create a viable resource for the sector.”

The trust’s report found that BSC was instrumental in increasing the number of UK-based venture impact funds from three in 2012 to 28 in 2018, helped build the social property fund market from nothing to £2bn, and grew the charity bond market from £30m to £369m over the same period.

“BSC has played a key role in making the sector more attractive for others, including mainstream investors,” the report also found.

Since 2011, under the UK government’s dormant assets scheme, if money sits untouched in a bank account for 15 years, it is turned over to the public purse. Since 2012 a portion of that has been channelled to BSC.

As an impact investor, BSC does not fund projects directly; it deploys its money to other impact-oriented investment managers, attracting co-investments along the way. BSC has made 93 investments, totalling more than £640m, but has brought in more than £1.3bn from other investors to support hundreds of charities in becoming autonomous.

The Preston Road Women’s Centre in Hull is a case in point.

More than a decade ago, when it became obvious that grants and contracts would not be able to sustain services indefinitely, the organisation set about establishing alternative sources of income. Since then, the women’s centre has accessed more than £7m in social investment brokered through a range of social investors and originating from BSC. It used the cash to purchase more than 120 properties to house women fleeing violence and abuse, turning it into a self-supporting business.

Twenty years ago, 97 per cent of the centre’s income came from charitable donations and government grants; today only 17 per cent does. The rest is earned, through rental payments and consultancy work.

“What I realised was that the writing was on the wall for organisations that relied entirely on charitable grants,” says Lisa Hilder, who runs the Hull women’s centre. Ms Hilder believes government funding is vital for many charitable organisations, but has seen many of them “disappear in a puff of smoke”. 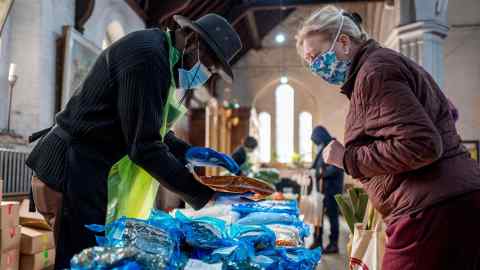 Kirstie Webster, who attended the Preston Road Women’s Centre while in an abusive relationship said she feels like a completely different person today. “There needs to be these places where you can go when you don’t know what your next steps are, somewhere that stands by you every step of the way,” she said.

As an investment “wholesaler”, BSC invests in funds with a target shareholder return of 4-4.5 per cent.

Some critics of the fund agree. “Why should the wholesaler be aiming to make a commercial return, given that it was founded with a windfall of dormant assets intended for the good of the social sector,” said Richard Litchfield, chief executive of Eastside Primetimers, a consultancy for charities and non-profits.

Wed Jul 29 , 2020
UK car manufacturing in the first half of this year fell to the lowest level since rationing ended, with output falling 42 per cent to 381,000 vehicles, the worst six months since 1954. The drop, caused by an industry-wide shutdown during March and April and weak customer demand since then, […] 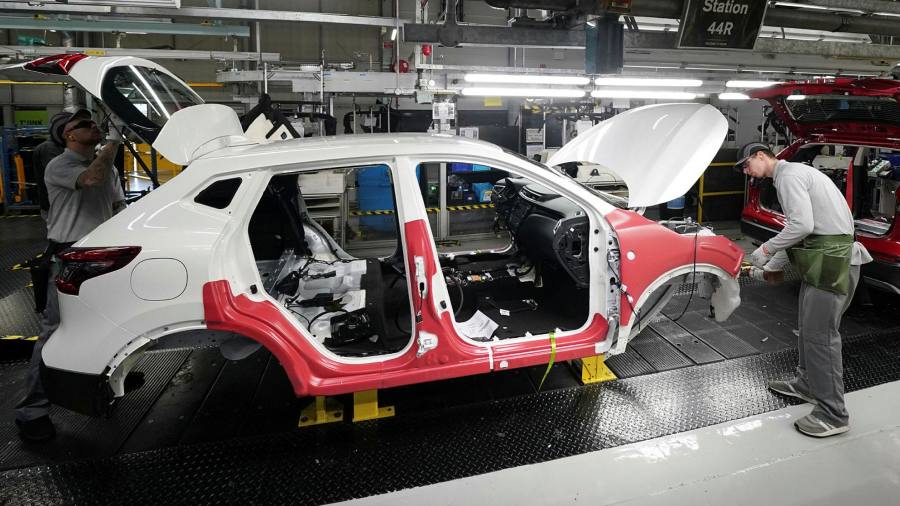