A former Treasury adviser who has spent the last three years trying to tackle Britain’s poor productivity record is to be named as the next boss of the CBI.

Sky News can reveal that Tony Danker will be appointed this week as the successor to Dame Carolyn Fairbairn, who will step down as director-general of the UK’s most influential business lobbying group later this year.

Mr Danker’s appointment is scheduled to be announced on Friday, but could be brought forward, one source said on Wednesday evening.

It will catapult him into one of the most important jobs in British business, with the responsibility of helping to steer the private sector through the aftermath of the coronavirus pandemic and – barring an extension – the end of the UK’s Brexit transition period.

The CBI, which has had an at-times fractious relationship with the administrations of Theresa May and Boris Johnson because of its trenchant opposition to leaving the EU without a trade deal, has about 190,000 members.

Collectively, they employ more than 7m people – equivalent to about one-third of the UK’s private sector workforce.

Along with the British Chambers of Commerce, Federation of Small Businesses and Institute of Directors, it has a crucial voice in shaping Britain’s economic policy – a role that will become increasingly critical as the government

Dame Carolyn had been due to step down in the summer, but agreed in April to extend her tenure until the end of the year as a consequence of the unfolding COVID-19 crisis.

The CBI’s choice of successor may come as a surprise to many, given Mr Danker’s relatively low profile.

A former head of strategy at Guardian Media Group, he also had stints as a Treasury special adviser and McKinsey consultant.

He joined Be the Business in 2017, where he was given the task of addressing one of Britain’s most entrenched economic problems – its notoriously poor record on productivity when compared to European countries such as France and Germany.

Data from the Office for National Statistics shows that the UK has made little progress in that regard, with productivity falling at its sharpest rate for five years last autumn – well before the coronavirus outbreak affected the UK economy.

Nevertheless, people who have worked closely with Mr Danker over the last three years say he has been instrumental in driving productivity up the joint agendas of business and government.

Mr Danker’s role at Be the Business, which was set up by Sir Charlie Mayfield, the former John Lewis Partnership chairman, has brought him into close contact with many leading figures in FTSE-100 boardrooms.

The organisation’s advisory board includes Dame Carolyn, as well as heavyweight figures such as the chairs of BAE Systems and Rolls Royce Holdings and the chief executive of Lloyds Banking Group.

In his new role, Mr Danker will form part of a revamped leadership team at the CBI, which is due to install Lord Bilimoria, the Cobra Beer founder, as its new president in the coming weeks.

Lord Bilimoria was also an arch-remainer during the referendum campaign, with the lobbying group’s approach to an increasingly likely exit on World Trade Organisation terms likely to drive its agenda – alongside the pandemic response – in the months after he assumes the presidency.

The CBI’s relationship with government since the COVID-19 crisis began has improved, according to insiders, after it offered warm support to a series of emergency funding schemes announced by the chancellor, Rishi Sunak.

In recent weeks, it has urged the government to provide greater clarity over its plans to reopen the economy.

Dame Carolyn, a former BBC executive and one-time journalist for The Economist, took up the CBI role in November 2015, replacing John Cridland.

A former member of the 10 Downing Street policy unit, she has also been a board member of companies including Capita and Lloyds Banking Group.

During Mr Johnson’s premiership, the government has sought to rebuild bridges with a private sector which has frequently seemed wary about his attitude towards it – with the most prominent example of that being the expletive he was reported to have uttered in relation to corporate interests.

Shortly before last December’s general election, Dame Carolyn said she could not recall “a more frustrating time in business, and I’m talking decades”, adding that the new administration would need to “reset” its relationship with the private sector.

Neither the CBI nor Be the Business could not be reached for comment on Wednesday evening.

The search for the new director-general was overseen by Russell Reynolds Associates, the headhunter.

Wed Jun 10 , 2020
The CBI has appointed Tony Danker, a business productivity chief and former Guardian executive, to lead the UK’s largest employers’ group, replacing Carolyn Fairbairn who steps down after her five-year term comes to an end this year. Mr Danker is the chief executive of Be the Business, a non-profit business […] 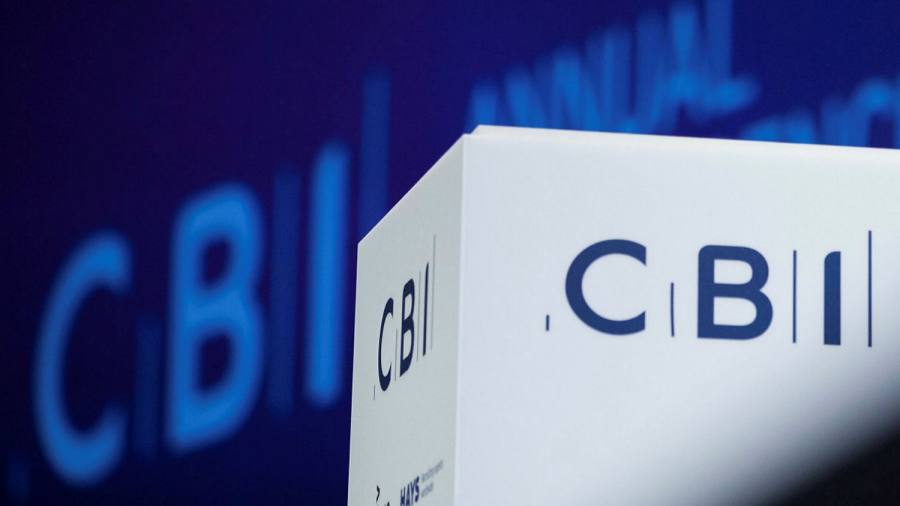