Mel Stride, the Conservative chair of the influential Treasury select committee, has urged the chancellor to “iron out” problems facing limited company directors and small businesses that fall between the government’s economic support packages.

“Millions of people will be helped by the government’s schemes, but some people have slipped through the net,” Mr Stride said after a virtual meeting of the committee on Tuesday.

The former financial secretary to the Treasury under Philip Hammond, Mr Stride stressed that “further help” was needed for owner-directors of small companies paid via dividends who were unable to access the same level of income support as PAYE or self-employed workers. He also criticised “the slow pace at which emergency loans are reaching businesses”.

Referring to the chancellor’s previous promise to take action quickly to iron out problems, Mr Stride added: “[Rishi Sunak] has done a great deal to support the economy, but he should not be putting away the ironing board just yet.”

In a written response to the committee, Mr Sunak said: “Unfortunately, we can’t guarantee to protect every business and every household. However, our planned economic response aims to be as comprehensive as possible whilst delivering support as quickly as we can to those who need it.”

The Treasury has previously said it is problematic to distinguish the dividend income that directors take from their own companies from dividends earned on other investments, such as shares — making it difficult to design a scheme that targets company directors.

At the committee, Mr Stride questioned experts if this was case. “The suspicion here is, to a degree, is the Treasury treating the self-employed differently because actually they see dividends as part of tax planning and lowering tax bills and they are less sympathetic to it? That’s a view that’s out there,” he said.

Andy Chamberlain, director of policy at lobby group IPSE, the Association of Independent Professionals and the Self Employed, said that directors typically took a small fixed salary topped up by dividends as they did not know how much profit their company might make in a given year, adding that this was what accountants advised.

Corporation tax was paid on company profits, and changes to the rules in recent years meant dividends were much more heavily taxed than previously, Mr Chamberlain added.

Mr Stride said the committee would “pursue” an idea suggested by IPSE for the Treasury to provide emergency funds to company directors through a “pay now, claw back later” model.

Such a system would rely on company directors self-reporting their average dividend income, and obtaining a similar measure of support to the 80 per cent of income that self-employed and PAYE workers can access. However, if HMRC later found out that they had inflated the figures, they would be entitled to reclaim it with penalties attached.

Mr Chamberlain added that there were 710,000 limited company directors “getting very little by way of support when compared to some other groups”.

“They are going to need some help if they are going to survive this crisis . . . and they will be the ones we turn to to get the economy going again on the other side of this,” he said.

Mr Chamberlain echoed concerns raised by the Institute of Directors, a business lobby group, around the government guidance on company directors who want to furlough themselves using the PAYE element of their salary.

The IoD warned that under the rules for accessing the Job Retention Scheme, business owners would be prevented from carrying out basic tasks, like paying suppliers or administering the furloughing of other employees. It has called for “urgent clarification” of the rules.

Wed Apr 22 , 2020
TOKYO (Reuters) – The Bank of Japan is set to boost funding support for companies, but it will avoid cutting interest rates, sources say, as it could encourage people to step out of their homes to splurge and undermine government efforts to curb the coronavirus outbreak. FILE PHOTO: A man […] 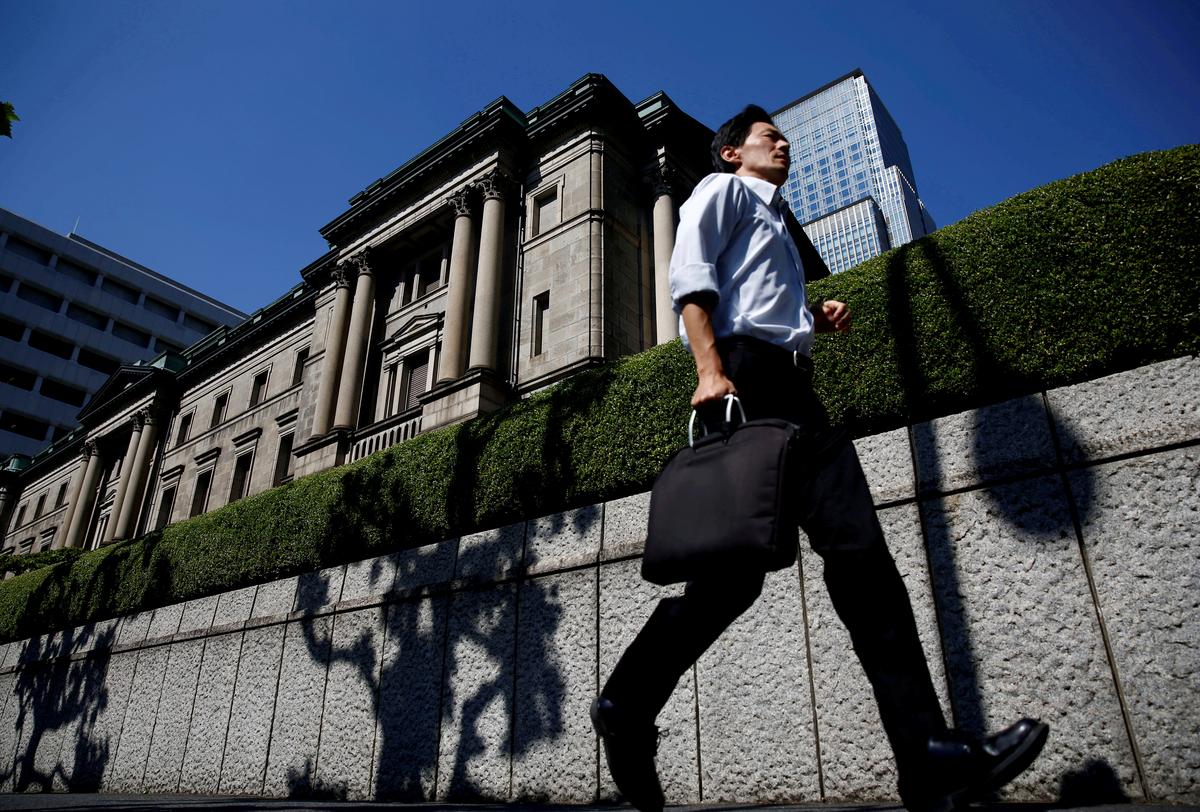