Rishi Sunak made young people and low-income workers the focus of a £30bn summer statement intended to avert mass unemployment but business groups say the biggest measure — a bonus for bringing back furloughed workers — will not prevent a wave of job losses.

At a potential cost of £9bn, the £1,000 payment for employers who bring back furloughed workers was the costliest part of a package which included a £2bn fund to create jobs for young people and a £1bn injection of funding for jobcentres. Framing the statement as a plan for jobs, Mr Sunak told MPs he would “never accept unemployment as an unavoidable outcome”.

But the chancellor resisted calls to continue funding the UK’s furlough scheme in its current form, or to target support on hard hit sectors other than hospitality, saying it would be irresponsible to leave people “trapped in a job that can only exist because of a government subsidy”.

Garry Young, deputy director of the National Institute for Economic and Social Research, said that by confirming he would end the furlough scheme, the chancellor could even “precipitate a rapid increase in unemployment”, since the incentives for employers looked too small given weak demand, cash flow pressures and the uncertain economic outlook.

The Treasury said the “job retention bonus” — to be paid to employers for each furloughed worker still employed at the end of January — would give a bigger boost to low wage jobs, which are more likely to be held by young people, women and those from ethnic minorities. It said the same groups would also benefit most from the VAT cut and voucher scheme for the hospitality sector — which generated more than a fifth of new jobs for unemployed people after the 2008 recession.

But Peter Cheese, chief executive of the Chartered Institute of Personnel and Development said the bonus would not be a sufficient incentive for employers to retain staff. The CBI and Institute for Directors noted that many companies were already running low on cash.

Clare McNeil, associate director at the think-tank, the Institute for Public Policy Research, said the bonus was a “halfway house reform — not a proper wage subsidy and not enough to persuade an employer to keep someone in work for six months if they are in financial distress”.

Samuel Tombs, at the consultancy Pantheon Macroeconomics, said that because the bonus was a flat £1,000 for any employee earning above £520 a month, it could create a strong incentive for employers to bring back former full-time staff on a part-time basis — “leading to large, suboptimal underemployment”.

Mr Sunak set out bigger incentives for employers to hire young people, however.

The main element is the £2bn “kickstart” scheme, which will pay employers to offer six-month work placements for 16- to 24-year-olds from the autumn — potentially helping hundreds of thousands. Mr Sunak said employers would have to prove the jobs were additional, not replacing existing workers, and to provide training and support to find a permanent job.

For the next six months, the Treasury will also pay £2,000 to employers who take on a new apprentice under the age of 25, and £1,500 to those hiring an older apprentice.

Both business groups and unions had called for measures along these lines, but there are still big questions over delivering the schemes at speed.

One challenge is to ensure that employers do not use the kickstart subsidy to replace existing workers, and that it does not crowd out apprenticeships. But it could also prove difficult to persuade private sector employers to create enough good quality placements.

Tony Wilson, director of the Institute for Employment Studies, said the value of the kickstart subsidy was a third lower than that offered under the Future Jobs Fund introduced by Gordon Brown’s Labour government after the 2008 financial crisis and on which it was modelled — but was intended to create four times as many jobs.

Robert Joyce, deputy director of the Institute for Fiscal Studies, said the policy was well targeted on the most vulnerable young people, but that the structure of the subsidy meant the incentives to offer placements would be sharpest for low-paid, part-time, temporary work. “The risk is that this is not a great recipe to “kickstart” high quality careers,” he said.

One big gap in Mr Sunak’s package was the absence of any significant boost in funding for further education or life-long learning. The £100m committed in support for 18- to 19-year-olds constituted just a fraction of the recent cuts to further education funding, Mr Wilson said, while the CIPD said the government needed to invest more in life-long learning “if it is serious about helping people reskill and upskill to find work”.

The City and Guilds Group, which works with education providers and businesses on skills development, said the kickstart scheme would only help tackle long-term unemployment if young people emerged with skills and a qualification that would help them secure a permanent job.

Kirstie Donnelly, chief executive, said: “If this is not the case it’s just a sticking plaster solution, or even a ‘revolving door’ back to the unemployment queue.”

Sunak will not be able to play Santa Claus forever

Wed Jul 8 , 2020
Chancellor Rishi Sunak cemented his status as the government’s Santa Claus on Wednesday, lavishing more gifts to help companies and households deal with the coronavirus crisis. But while Mr Sunak hailed his “plan for jobs”, the bean-counters at the Treasury were totting up the cost to taxpayers. The chancellor’s decisions […] 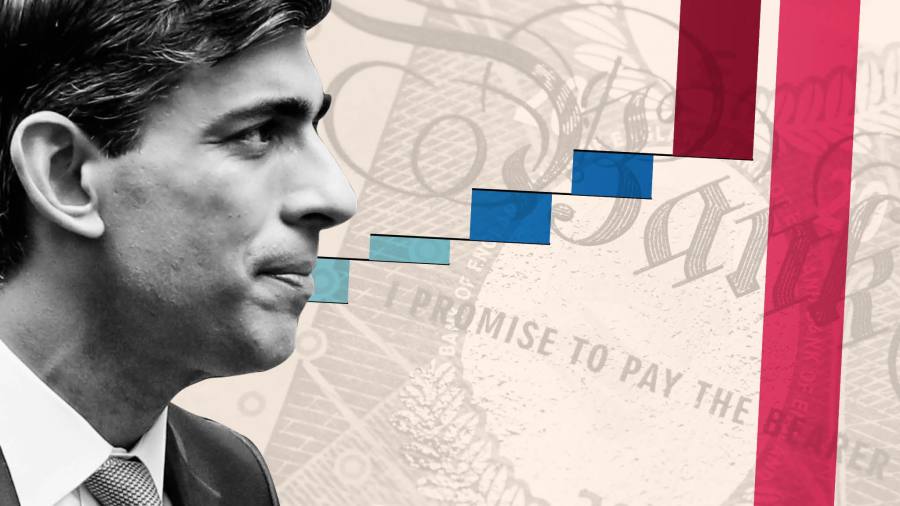