Britain’s charity shops are launching a recruitment drive amid fears that up to half of the 230,000 volunteers who work in them may be unable to return once stores reopen.

Robin Osterley, chief executive of the Charity Retail Association, said that while existing volunteers were overwhelmingly keen to get back to work, anecdotal evidence suggested that between 30 and 50 per cent might not be able to come in immediately.

“Many are in the vulnerable category, mostly because they are over 70. They can return, but some may be nervous about doing so or unable to because of issues with public transport.”

Like other non-essential retailers, charity shops can open from June 15 provided they meet social distancing rules. The CRA estimates shops have lost £3.4m of revenue a day during lockdown.

The UK government has pledged £750m of assistance, but this is unlikely to make up the shortfall in the sector’s finances.

Save the Children, which has more than 100 shops generating almost £11m of revenue a year, is not reopening until July. “We are taking a phased approach,” said Kate Avenell, head of retail development. “We could open from June 15, but we want to make sure we’ve got the right kit and training in place, we’re re-inducting volunteers and checking all our properties.”

Staffing levels are not the only challenge. Charity shops are expecting a flood of donations from locked-down Britons who have decluttered their homes. These will have to be stored for at least 72 hours to eliminate any possibility of contamination, and many shops do not have the space to accommodate them.

Vicki Burnett, co-founder of the Charity Retail Consultancy, said charities had devised a number of strategies to manage the influx. “Some have opened donation stations even if they have not opened stores yet. Some are opening their warehouses to the public or teaming up with other businesses that have empty space.”

Save The Children has launched online collections to help manage the influx. Donors can order a collection bag online and arrange a time for it to be collected and taken to a central depot.

Havens Hospices, which said store managers were coming off furlough next week to prepare 23 charity shops across south Essex for reopening, is encouraging people not to donate during the first week back. “We are hoping this will stagger donations. The one thing I want to avoid is having to move stock around because that adds cost,” said Trevor Johnson, head of income generation.

The CRA is urging donors to telephone shops to check they can accept donations.

Charity shops have traditionally prospered during recessions, but in recent years have attracted younger shoppers concerned about the environment and sustainability.

The CRA, which represents organisations with more than 9,000 shops, has launched a website in partnership with Wil-U, a technology supplier to the sector, that matches volunteers with local shops needing staff.

It has also launched a “million hours initiative” with the National Citizen Service that will bring 16- and 17-year-olds into shops.

Fri Jun 5 , 2020
The US unemployment rate fell to 13.3% in May, down from 14.7% the previous month, as 2.5 million jobs were added. The figures from the US Labor Department were unexpectedly positive amid an economy that is still struggling with the effects of the coronavirus pandemic. It comes as some US […] 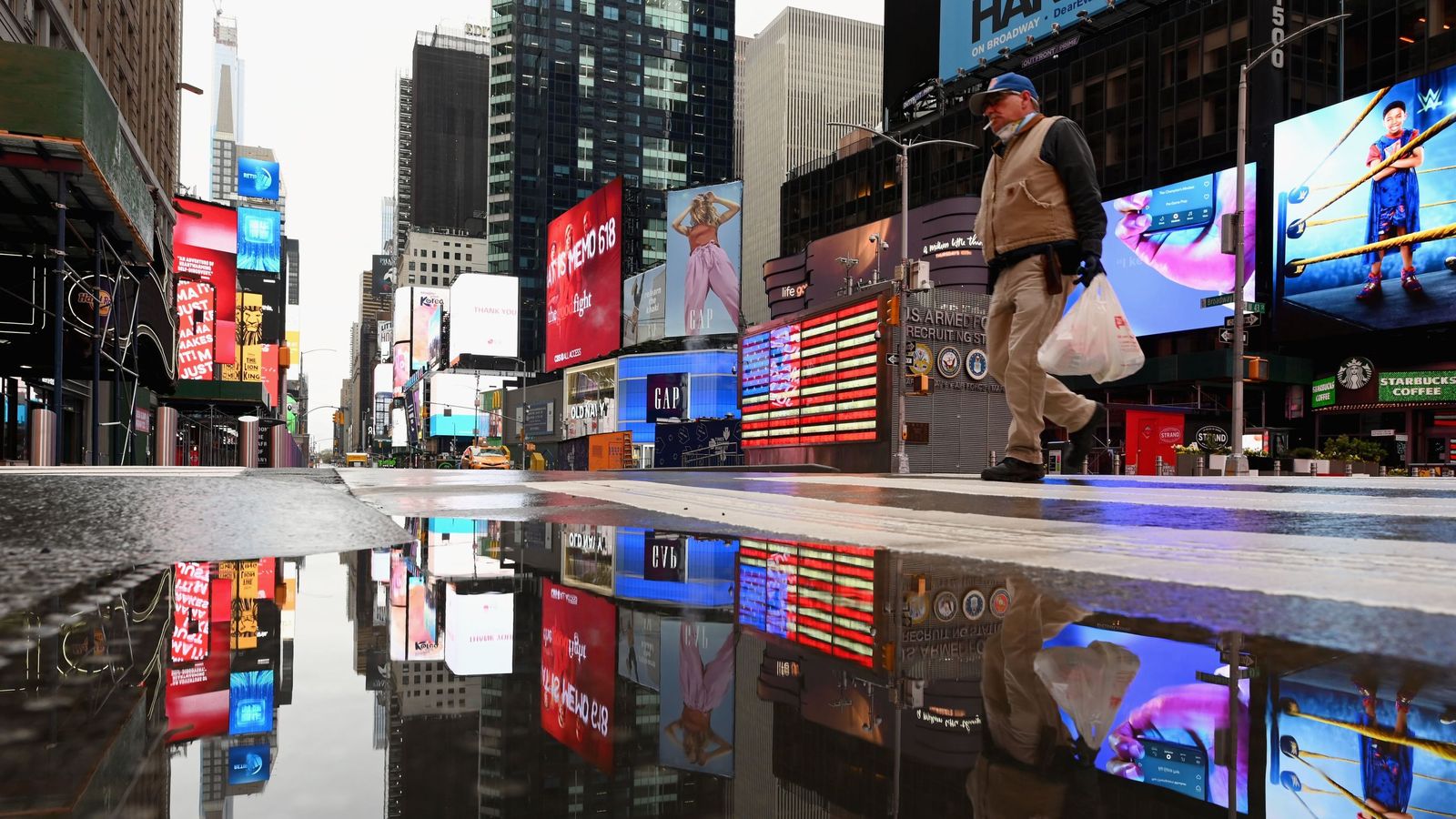