The European chemicals industry is facing a ‘double whammy’ from the threat of a hard Brexit and newly divergent rules between the EU and UK, the heads of chemical industry associations from both sides of the Channel have warned.

Speaking ahead of the publication of a new EU Chemicals Strategy, due this week, they warned that the coming changes risked damaging the highly integrated EU-UK supply chains while making the whole of Europe less competitive on the global stage.

“We face a double whammy with this chemical strategy and Brexit coming together,” Marco Mensink, director-general of Cefic, the European Chemical Industry Council, said, warning that some speciality chemicals may disappear from supply chains as a result of new bureaucratic costs.

The UK and EU’s failure to agree a new trade deal by the end of the Brexit transition on December 31 would hit European competitiveness even harder, adding an estimated €1.5bn in annual tariff costs, according to Cefic.

Even if a trade deal were to be struck, after January 1 the UK will no longer participate in the EU’s Reach registration system for chemicals, instead setting up a rival UK version that will force companies to duplicate registrations in the UK. The industry has estimated this could cost £1bn.

“There will be a duplication in the system of Europe Reach into UK Reach — double registration, double data, double the cost,” Mr Mensink said.

At the same time, UK businesses wanting to export to the EU will need to have a registered representative in the EU, but Mr Mensink said many companies were still waiting to register.

“We think there’s a key challenge with the smaller chemicals companies in the UK having registration on mainland Europe, which means we’re going to see chemicals missing in several value chains,” he said.

Geoff Mackey, the corporate affairs director at BASF, the German chemical maker, confirmed that internal surveys of customers indicated low levels of preparations for the coming changes, many of which will happen whether or not an EU-UK trade deal is struck.

“A distinct proportion of the industry is now running to catch up with the uncertainty of where we are at. And part of the problem is that we don’t know if we have to run 200 metres or three miles,” he said.

In the UK, Steve Elliott, head of the Chemical Industries Association, said a ‘no-deal’ would hit areas of northern England where the chemicals sector is vital to higher-paying jobs.

“I am concerned that the cumulative, negative impact of these priorities under a WTO outcome will make life much tougher for chemical businesses across the UK, the majority of which are foreign-headquartered,” he said. “We are the UK’s number one manufacturing exporter. We need that deal.”

Mr Mensink expressed frustration that political considerations were getting in the way of a pragmatic approach to managing an EU-UK industry with annual trade of €20bn in both directions.

With just weeks to go until the end of the Brexit transition period when the UK will fully leave the EU single market and customs union, Mr Mensink said it was “incomprehensible” that the EU’s new chemicals strategy did not have a section on the UK or Brexit.

He added it was imperative that the deal, if done, includes a full annex on chemicals to ease trade in an industry that is essential to manufacturing, from pharmaceuticals to foods, and automotives to aerospace.

Tue Oct 13 , 2020
Private health companies are racing to meet the demand for coronavirus tests from UK corporate clients with some setting up temporary laboratories near businesses that want to bring staff back into work. With rising case numbers straining public sector testing capacity, private providers have reported a surge in demand, particularly […] 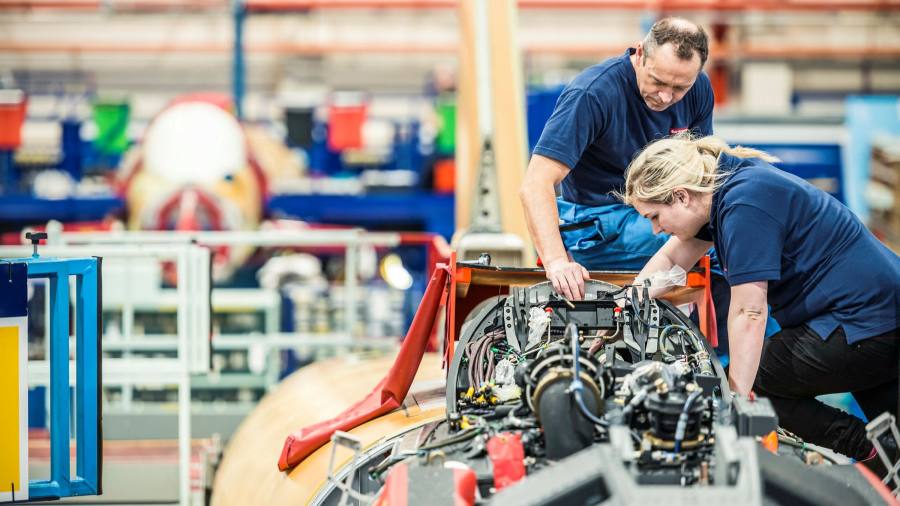