Stocks in Asia were set to open mixed as investors await the release of a slew of Chinese economic data, expected to be out on Friday morning.

Futures pointed to a mixed open for Japanese stocks. The Nikkei futures contract in Chicago was at 19,860 while its counterpart in Osaka was at 19,200. That compared against the Nikkei 225’s last close at 19,290.20.

China’s GDP print for the first quarter is expected to be out at around 10:00 a.m. HK/SIN on Friday, along with data for industrial production as well as retail sales for March.

Investors have been closely watching economic data out of China, looking for insight on the magnitude of the coronavirus economic impact.

Analysts polled by Reuters expect China’s GDP to have fallen 6.5% from last year, a sharp drop from the 6% growth recorded in the fourth quarter of 2019. That would also be the first quarterly decline since 1992, when China began reporting GDP, according to Reuters.

Meanwhile, US stock futures jumped in overnight trading stateside following a report that said a Gilead Sciences drug was showing effectiveness in treating the coronavirus. Dow Jones Industrial Average futures skyrocketed 903 points, pointing to an implied gain of about 890 points at the open on Friday. S&P 500 futures and Nasdaq futures also pointed to Friday opening gains for the two indexes.

The U.S. dollar index, which tracks the greenback against a basket of its peers, was at 100.025 after crossing the 100 barrier earlier.

The Japanese yen traded at 108.05 per dollar, having seen levels below 107.4 earlier in the trading week. The Australian dollar changed hands at $0.6362, still off levels above $0.64 seen earlier this week.

What’s on tap for Friday:

Fri Apr 17 , 2020
Donald Trump has unveiled a three-phase plan to help the US return to normal, with one in seven American workers now unemployed. The president said the guidelines – known as “Opening Up America Again” – are designed to ease restrictions in areas with low transmission of the coronavirus. Before phase […] 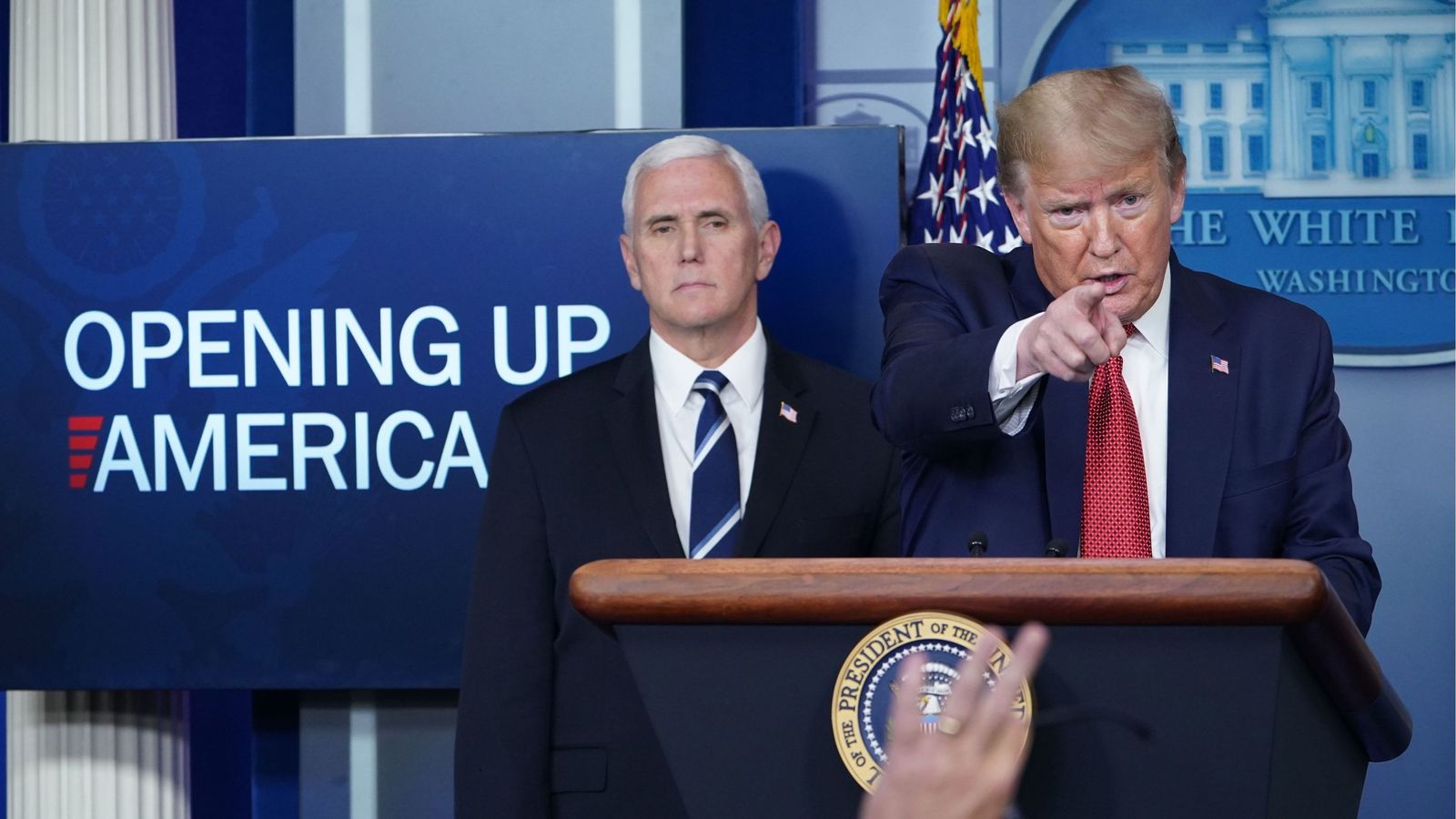