Stocks in Asia Pacific were set to decline at the Tuesday open, ahead of the release of China’s trade data for June. Futures pointed to a lower open for Japanese stocks. The Nikkei futures contract in Chicago was at 22,615 while its counterpart in Osaka was at 22,540. That compared […]

Stocks in Asia Pacific were set to decline at the Tuesday open, ahead of the release of China’s trade data for June.

Futures pointed to a lower open for Japanese stocks. The Nikkei futures contract in Chicago was at 22,615 while its counterpart in Osaka was at 22,540. That compared against the Nikkei 225’s last close at 22,784.74.

Investors will await the release of Chinese trade data for June, expected to be released some time on Tuesday. The data could provide more clues on China’s economic recovery following the imposition of lockdowns earlier in the year to curb the spread of the coronavirus.

World Health Organization Director-General Tedros Adhanom Ghebreyesus on Monday warned that “too many countries are headed in the wrong direction.”

“In several countries across the world, we are now seeing dangerous increases in Covid-19 cases, and hospital wards filling up again,” Tedros said. “It would appear that many countries are losing gains made as proven measures to reduce risk are not implemented or followed.”

Later on Tuesday stateside, some of the largest banks in the U.S. such as Citigroup and JPMorgan Chase are set to report their earnings.

The U.S. dollar index, which tracks the greenback against a basket of its peers, was last at 96.464 after earlier bouncing from levels around 96.3.

The Japanese yen traded at 107.27 per dollar after weakening from the 106.8 against the greenback yesterday. The Australian dollar changed hands at $0.6943 after turbulent trading on Monday that saw it at levels above $0.698.

Tue Jul 14 , 2020
The cost of coronavirus in the UK has been severe, with the economy shrinking 25 per cent between February and April, the deepest and most sudden downturn for at least three centuries. But a recovery has started and official figures are often out of date even before they are published. […] 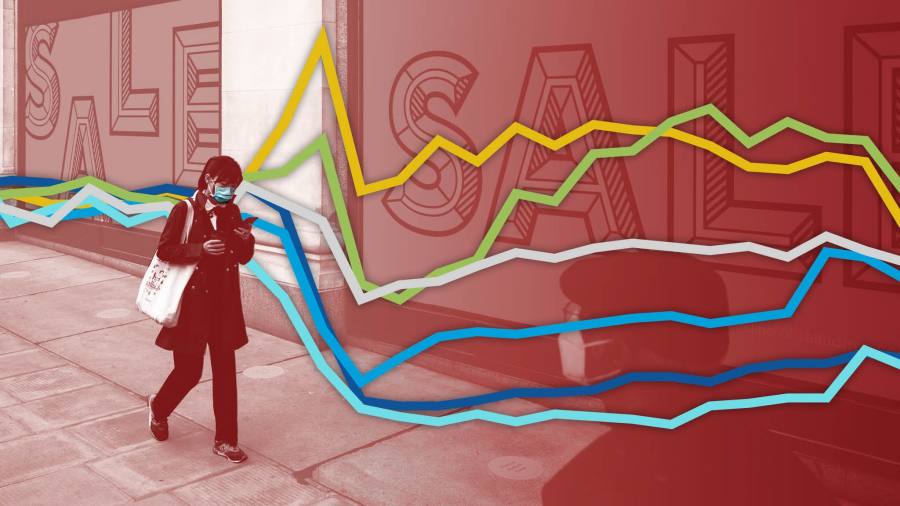