BEIJING (Reuters) – China’s new bank lending likely pulled back sharply in April from strong levels the previous month, but is still expected to be much higher than a year earlier as Beijing urges lenders to help keep coronavirus-hit companies afloat.

FILE PHOTO: A China yuan note is seen in this illustration photo May 31, 2017. REUTERS/Thomas White/Illustration

Chinese banks are estimated to have issued 1.40 trillion yuan ($200.72 billion) in net new yuan loans last month, according to the median estimate in a Reuters survey of 27 economists.

China has ramped up its credit push to counter its worst economic slowdown in decades. Bank lending jumped to a record 7.1 trillion yuan in the first quarter of this year.

While April lending levels have tended to moderate from March in past years, analysts expect policymakers will continue to roll out more monetary and fiscal stimulus in coming months until businesses and consumers get back on more solid footing.

Many economists do not expect a return to pre-crisis growth levels until late 2020 or early 2021, and warn the risk of a recession is high if conditions worsen again from the global pandemic.

The central bank has urged banks to offer cheap loans to firms hardest hit by the crisis, roll over existing loans and tolerate delays in repayments.

It has also moved repeatedly to lower borrowing costs, both by cutting key lending rates and the amount of cash that banks must hold as reserves (RRR). It has cut the reserve ratio three times so far this year and 10 times since early 2018, with the latest move effective on May 15.

UBS said in a research note that it expects an additional 50 basis points of cuts in RRR and 10-20 basis points cuts in medium-term lending facility (MLF) rate.

China aims to complete issuance of another 1.0 trillion yuan local government special bonds by end-May, according to a cabinet meeting chaired by Premier Li Keqiang this week.

Any acceleration in special bond issuance could help boost total social financing (TSF), a broad measure of credit and liquidity.

Annual outstanding yuan loans were expected to grow 12.9% for April, faster than the 12.7% seen in March.

Taiwan warns on China-U.S. trade frictions as exports tick down

Fri May 8 , 2020
TAIPEI (Reuters) – Taiwan’s exports, a key gauge of global demand for gadgets, fell slightly for a second month in April and the government said the second quarter would be tough due to the coronavirus pandemic and renewed concerns over U.S.-China trade friction. FILE PHOTO: A container truck drives pass […] 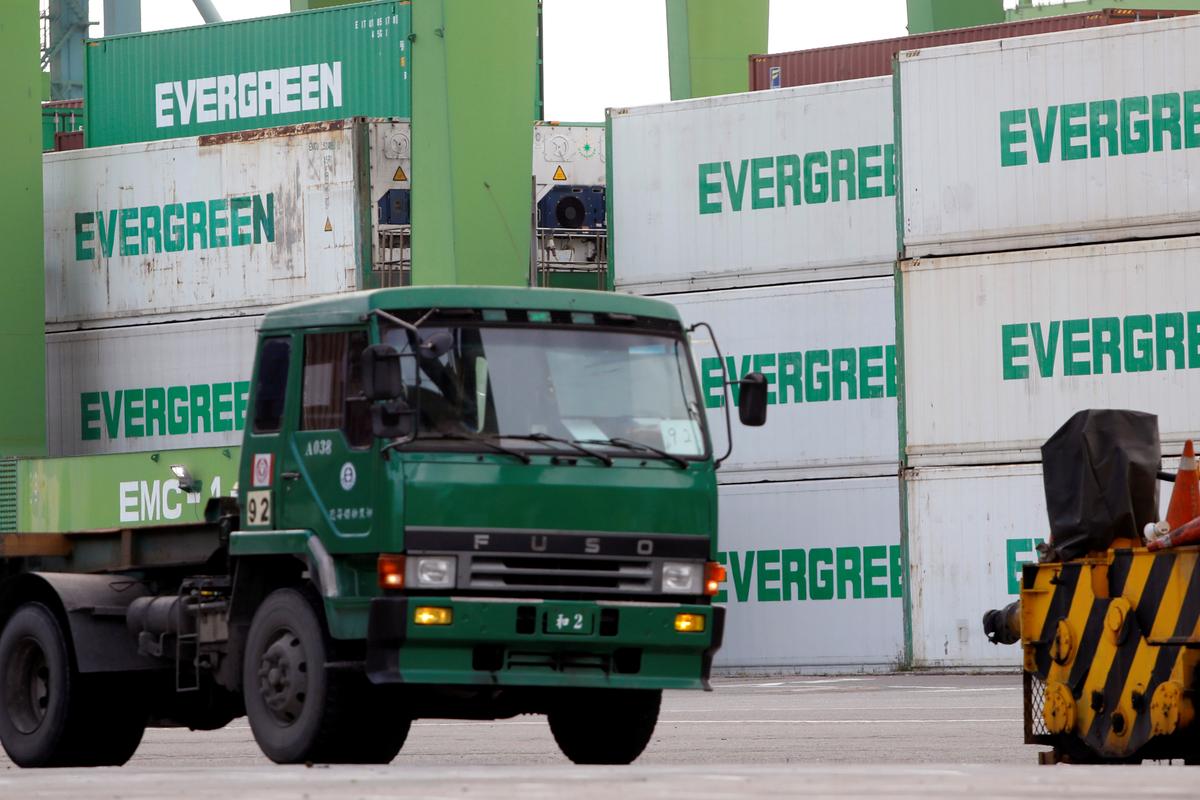