A majority of UK civil servants are expected to continue working from home until at least the end of the year, according to officials and trade unions, in a blow to Boris Johnson’s attempts to revive ailing city centres.

Downing Street has argued that civil servants should set an example to the private sector by returning to the office, in a move that would help city centre service businesses such as sandwich shops that are reeling from a lack of customers.

But the government’s efforts to persuade officials to go back to their offices — after the prime minister changed government guidance in July to encourage more people to return to the workplace — have faltered amid union concerns about the risk of civil servants catching coronavirus.

Dave Penman, head of the FDA union which represents senior civil servants, said the government had realised it was difficult to persuade some officials to return to the office following a spate of Covid-19 outbreaks across the UK that had resulted in local lockdowns.

“In most [government] departments the numbers [of civil servants returning to the office] are steadily going up but it’s not going to be huge numbers, it’s not going to be a majority [by the end of the year], we’ll probably get to 30 or 40 per cent over time,” he added.

“Politically [ministers] have realised that they have missed the boat on this when you’ve got a series of local interventions because of rising infection rates . . . trying to force civil servants to go in is not going to be helpful.”

A senior figure from another union that represents civil servants said many officials would only return to the office part-time, meaning that a majority would be at home “on any given day” even by Christmas.

The PCS union, which also represents officials, this month wrote to the government complaining that the move away from homeworking was an error given the series of local outbreaks.

Citing Patrick Vallance, the government’s chief scientific adviser — who has said that homeworking was “not detrimental to productivity” — the union urged members to ignore any instructions to return to the workforce: “Don’t just accept that’s what you have to do.”

One Whitehall official said he could not envisage a majority of colleagues going back to the office anytime soon.

A senior civil servant working in a big Whitehall ministry said only a minority of his colleagues had returned to the office and he did not expect most of them to be back before the end of the year.

Some Whitehall officials are concerned about the risk of catching the virus while commuting on public transport.

But the most significant issue over civil servants returning to Whitehall offices concerns how many officials can work while maintaining social distancing — given how many buildings are old and cramped.

The senior civil servant said: “We’re being encouraged to go back in, but only if we’re happy to do so. Because of the health and safety measures, desk space is a fraction of what it would usually be.”

Ministers are concerned about data suggesting that UK employers are taking a more cautious approach than other countries.

According to research conducted last month for Morgan Stanley, only 34 per cent of UK office workers said they had gone back to their usual workplace, compared with 83 per cent in France.

A government spokesperson said: “Civil servants have worked throughout the pandemic and have made significant, valuable contributions towards the national effort.

“We are consulting closely with employees on ending the default that civil servants should work from home and have ensured workplaces are Covid-secure so civil servants can return safely.”

Wed Aug 26 , 2020
Croydon council has become the first to seek emergency financial assistance from the government in the wake of the coronavirus lockdown, ahead of what is expected to be a flurry of local authorities requesting bailouts. The UK’s cash-strapped local authorities are among the most stretched in Europe, according to a new report […] 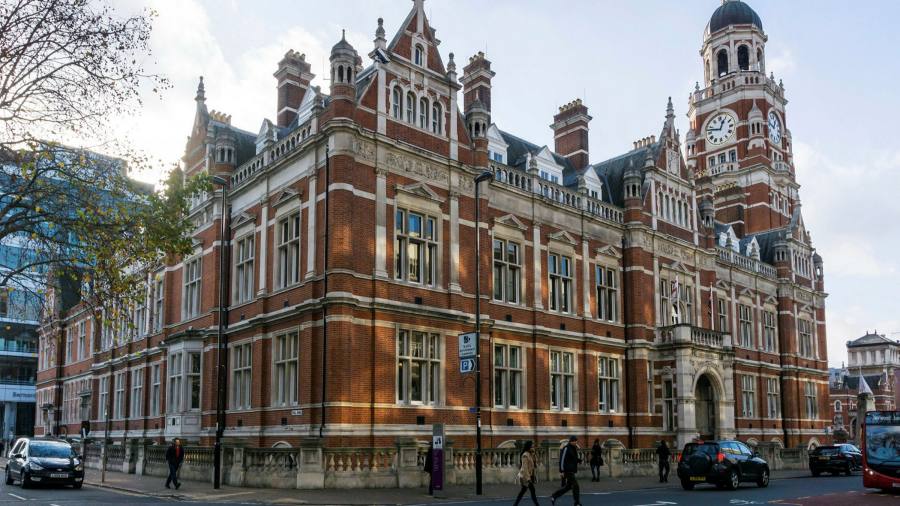