First, thanks for all your feedback and views on a range of Brexit issues. You made some great points, and I’ve selected some extracts that you can read at the end of this newsletter. Please keep your feedback coming to [email protected]  Another busy week for Brexit. But not, it seems, on the negotiations […]

First, thanks for all your feedback and views on a range of Brexit issues. You made some great points, and I’ve selected some extracts that you can read at the end of this newsletter. Please keep your feedback coming to [email protected].

Another busy week for Brexit. But not, it seems, on the negotiations front, which still appears to be stuck on the perennial issue of the “level playing field”, which is actually a proxy for the meaning of Brexit itself.

Informal talks continue in Brussels this week after a pretty desultory encounter in London last week, but as my colleague in Brussels Jim Brunsden has noted, the EU is increasingly impatient “to know what the plan is” on state aid. Prime minister Boris Johnson has rejected the EU’s suggestion that the UK continues to mirror the bloc’s own regime, but thus far demurred in suggesting an alternative.

We seem to be in something of a Catch-22 here. When asked by MPs what the UK’s new subsidy regime will be after the end of the transition period, ministers refuse to elucidate, saying that the country’s plans can only emerge “in tandem” with the EU-UK negotiation.

But when asked to put their cards on the table in Brussels, the UK team refuses, citing the need for further democratic debate back home on the issue — a debate, I hasten to add, for which there is no evidence whatsoever.

Why is this all so stuck? Because this debate is a proxy for what Brexit actually means. And as we’ve seen over the past four years, defining Brexit is usually a recipe for conflict — as Theresa May’s desperately evasive slogan “Brexit means Brexit” so painfully attested.

Even at this latest of stages, it seems, the Brexit factions within the British government are still struggling to balance the hard trade-offs that come with leaving the EU. In short: is securing a free hand on state aid really worth the costs of a no-deal exit — or a “hardest of hard Canada exits”, as some on the UK side are now describing it — that it might entail?

It is not clear to me why it would be, but ideological aversion to any encumbrance from the EU’s “administrative state” can lead to some hardline conclusions. With the next formal round of negotiations on July 20, decision time is approaching fast; the optimism of two weeks ago is starting to ebb away.

But so much for the “ifs and buts” of the negotiations. Deal or no deal, this week the government began to set out its plans for how the EU-UK border will operate from January 1 2021 — the long-awaited Border Operating Model.

We’ve outlined the broad contours of the document in the FT here but what struck me during the reporting was the gap between Michael Gove’s bordering-on-bumptious confidence at the despatch box as he set out the plans, and the quailing of industry associations and company bosses as they ingested them.

In theory, as Tim Reardon at Port of Dover observes, the data flows for the UK’s new Goods Vehicle Movement Service computer system for pre-lodging customs declarations should be “straightforward” since it is really only an interface with HMRC’s existing “back end” for handling non-EU customs formalities.

But time is short. The government admits, for example, that customs forms that will be uploaded to GVMS are “complicated” and therefore urges businesses to obtain the services of an “intermediary”. These they will also need in order to take advantage of customs deferral schemes intended to smooth the introduction of the new regime.

And yet, as Richard Burnett of the Road Haulage Association notes, there aren’t enough of these to go around. The estimate is that 50,000 new agents will be needed, but last year less than 3,000 attended courses in the UK — and many of them were already in the profession.

The government is trying to fix this, but as Robert Keen at the British International Freight Association, the freight forwarders’ trade body, says, training newcomers is “not a five-minute job”. Inexperienced customs agents can also be a liability, meaning that companies will need to check their work. Mistakes will cost time, money and — potentially — trusted commercial relationships.

At the same time, as Mr Keen observes, the details of these new border operating systems still “appear to be at the conceptual stage”.

Buried in the 206-page Border Operating Model document, for example, is a plan for a new “Smart Freight” app to enable lorry drivers approaching the Kent corridor to obtain a “Kent Electronic Access Permit”. Failure to obtain this permit could lead to spot fines, officials told industry chiefs, although it is not clear how or when non-compliant vehicles will be intercepted and turned round.

According to slides shown to industry at a government presentation this week, the consultation for this new app (which will be used by lorry drivers, 80 per cent of whom are from the EU) is supposed to start and finish by the end of this month!

It seems quite late in the day to be launching these initiatives, however well intentioned. Building such an app is one thing — getting lorry drivers to download and use it effectively in the real world is quite another.

Businesses can already foresee the day when they are handed the blame for “failing to prepare” when — for all Mr Gove’s breezy confidence — they really haven’t been given a chance to do so.

Still, one way or another, all this has to happen — and after a fashion, no doubt it will. At what ultimate cost to business and supply chains is an issue to which Brexit Briefing will return.

If this newsletter has been forwarded to you, sign up here.

Given all the above-mentioned issues, this week’s survey by the Institute of Directors will make highly discomforting reading in the Cabinet Office: only a quarter of UK businesses surveyed were “fully prepared” for the end of the transition period.

Even more worrying, I suspect, is the fact that 45 per cent of businesses aren’t doing anything to get ready. They are either too snowed under coping with coronavirus or simply not going to bother until the final changes are clear.

We saw this in 2019, when many businesses didn’t really believe no-deal scenarios would come to pass, so many did not make preparations. This time it is different. Disruption and adjustment to business processes is coming — deal or no deal — and the government is desperate to get that message through.

In last week’s opening newsletter we asked for your inputs and you have responded in style. I do my best to reply in person, but each week we’ll single out elements of two or three of your emails to give a flavour of the discussions.

If you don’t want to be mentioned by name, then please make that clear in your email.

“So here in the UK we are now only just starting to buy up land near Ashford for our new Customs post required for 1 January 2021 — hopefully the paint may just about have dried by then.”
John Packer, oil industry retired, Richmond upon Thames, UK

Peter replies: Many of you expressed scepticism that the government can meet its deadlines, as it tries to create systems that will replace those we have come to rely on, for example Rotterdam acting as a hub for much EU-UK perishable freight. That scepticism is widely shared in industry, as noted above.

“It would be interesting to understand better what impact supply chain disruptions will have on everyday purchases such as food and medicines. Will there be shortages? Why? For how long? What should people do to prepare?”
Olivier Defaux, private assets consultant, Weybridge, UK

Peter replies: Good questions, which we will return to. I understand the risk of shortages of everyday purchases is pretty limited, since supermarkets operate on a five-day lag, so while price and choice may fluctuate you are unlikely to get shortages. The supply chain may well become longer or slower, but it can still deliver. Medicines are an issue of concern to government, as we’ve reported, particularly generic supply chains which have been impacted by Covid-19. Industry is not confident it can replicate the six-week stockpiles that it assembled in 2019, but ministers insist there is no need for alarm and that contingencies will be in place.

“You wrote about services and immigration rules applying to UK nationals offering services into the EU. I was wondering what impact the loss of free movement more generally will have on UK passport holders looking for employment in the EU?”
Thomas Cole, international political analyst, St Albans, UK

Peter replies: We’ll come back to this in more detail, but the UK will be part of a visa exemption scheme that allows 90-day travel in any 180-day period. Whether visas will be needed for short business trips is still to be negotiated. Professional qualifications will not be automatically recognised and UK nationals will be “subject to thorough checks at the Schengen area border”, as the European Commission note in a recent communication on the coming changes. How aggressively EU nations interrogate UK nationals arriving on 90-day visas over whether they plan to work — do a seminar, attend a meeting — remains to be seen.

Thu Jul 16 , 2020
The UK government has denied that plans for a new internal market would lead to a race to the bottom in regulatory standards as the Scottish National party said the proposals “ride roughshod” over devolved powers. Alok Sharma, business secretary, told the House of Commons that a white paper on […] 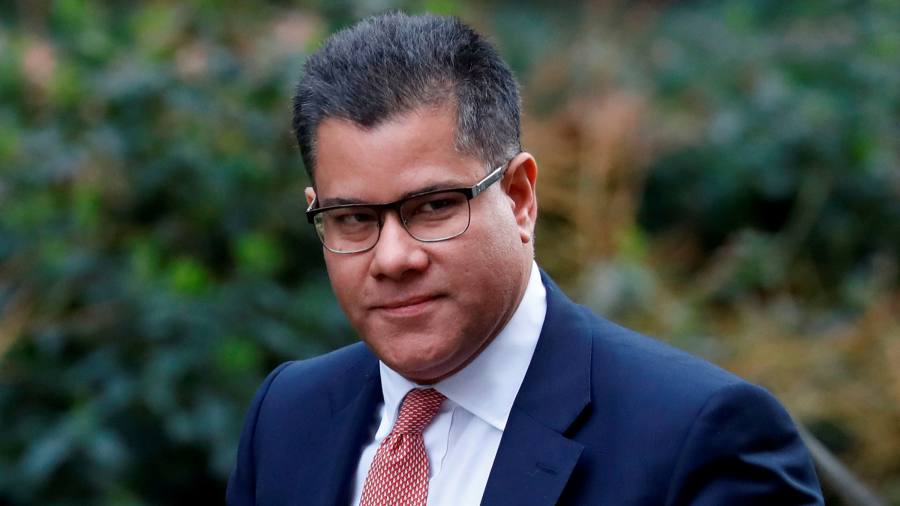