Dido Harding, head of England’s beleaguered test and trace programme, will be in the Westminster hot seat on Thursday, defending a system that has come close to collapse in recent days, as coronavirus testing times plummet and case numbers increase.

Lady Harding will give evidence to MPs on the science and technology committee — her first public appearance since glowing government assessments of the testing programme have been challenged by a very different reality: parents unable to get tests for school children with Covid-19 symptoms, or NHS staff unable to go to work for lack of an available slot close to home.

The committee members — and the UK public — will want to know how, when a surge in demand for tests was so foreseeable, did the government get this so wrong?

The answer appears to be, in part at least, that the testing programme is a deeply fragmented system, with poor communication between myriad players, and a failure to get the cogs moving in unison in time to meet the sharp rise in demand as children went back to school and office workers began to return to their workplaces, exacerbated by unexpected requests for tests by holidaymakers.

Staff shortages have also been a pressing issue, particularly as scientists who helped with coronavirus test processing while their own labs were shut during lockdown have returned to their own institutions.

However, the long-awaited return of children to classrooms was months in the planning. Ministers have also been appealing for corporate Britain to return to the office. Both developments were expected to lead to a rise in requests for tests as people started mingling regularly outside their families for the first time in months.

Yet the government has been caught flat-footed. What could have been a positive announcement — Mr Hancock’s assertion last week that a planned “Moonshot” programme could deliver rapid daily testing for millions — turned sour when ministers were forced to admit that the technology remained unproven.

This threw into even starker relief the government’s failure to make its existing testing programme work.

Giving evidence to the liaison committee, Boris Johnson on Wednesday acknowledged: “We don’t have enough testing capacity now because in an ideal world I would like to test absolutely everybody that wants a test immediately.”

He added: “Let’s be in no doubt that however there has been a massive increase in testing capacity. We will be up at 500,000 by the end of October.”

But this relatively distant commitment is unlikely to placate those unable to get tests when they need them.

According to several health officials, unexpected demand for testing by holiday makers has contributed to the programme’s crisis. Thousands sought tests before departure, because their destination required a negative result before travel, or on return to avoid quarantine. 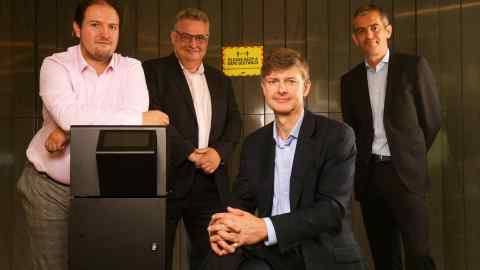 Greg Fell, director of public health for Sheffield, said tourists returning home and wanting tests was “an unanticipated consequence” of travel restrictions being lifted over the summer “which we are rueing”.

Jo Martin, head of the Royal College of Pathologists, agreed this “leisure testing . . . has not helped.” She added: “There is clearly a demand for more and more testing and everyone is working together to try to provide this. It’s important to have close collaboration between all the places that are doing testing so we can help share the workload.”

But several people familiar with the system, say institutional flaws played a big part in the system’s problems, particularly failures of communication between the NHS labs and the Lighthouse “megalabs” — government-funded facilities set up to supplement existing public laboratories. These have undermined effective planning and exacerbated staff shortages.

One scientist hit out at the opacity of the Lighthouse labs. “There are no open board meetings, as there are in the NHS, they are not covered by Freedom of Information legislation, and the pressure on to increase testing puts pressure on workforce,” they said.

Suggesting that the NHS and Lighthouse could have shared staff to ease workforce shortages and speed up test processing, the scientist complained that the NHS labs only heard from the Lighthouses when there was an emergency. “There is no dialogue between the two, other than ‘we’ve fallen over, take a whole load of stuff off us’.”

Gordon Dougan, professor in the department of medicine at Cambridge university, who in March set up a testing programme in his lab for the local hospital, said the Lighthouses had benefited hugely from being able to use scientists and PhD-level students at the height of lockdown, when all other research labs were shut. But now those students had returned to their own grant-funded work “and we have lost some experienced people”, he said.

In an ideal world I would like to test absolutely everybody that wants a test immediately.

The crisis is deeply embarrassing for a government that promised a “world-beating” testing system. For months, Public Health England, the public health agency in charge of testing, was a convenient target for critics of the system, but last month Matt Hancock, health secretary, announced the agency would close by next March, leaving ministers nowhere to hide.

Asked in July by Greg Clark, the chair of the science and technology committee, where responsibility for testing strategy lay, Mr Hancock’s answer was unequivocal: “The government, so me as secretary of state.”

Meanwhile one old Westminster hand, questioning how joined up the approach to testing had been across government, pointed to Tony Blair’s call, back in April, for a “minister for testing” to co-ordinate this crucial area of the Covid response. He might, noted the insider, have had a point.

Wed Sep 16 , 2020
Mike Pompeo sought to boost Boris Johnson’s hopes of securing a trade deal with the US on Wednesday amid a growing political backlash in Washington over the prime minister’s plans to rewrite last year’s Brexit divorce deal. Following talks with Mr Johnson’s foreign secretary Dominic Raab, the US secretary of state […] 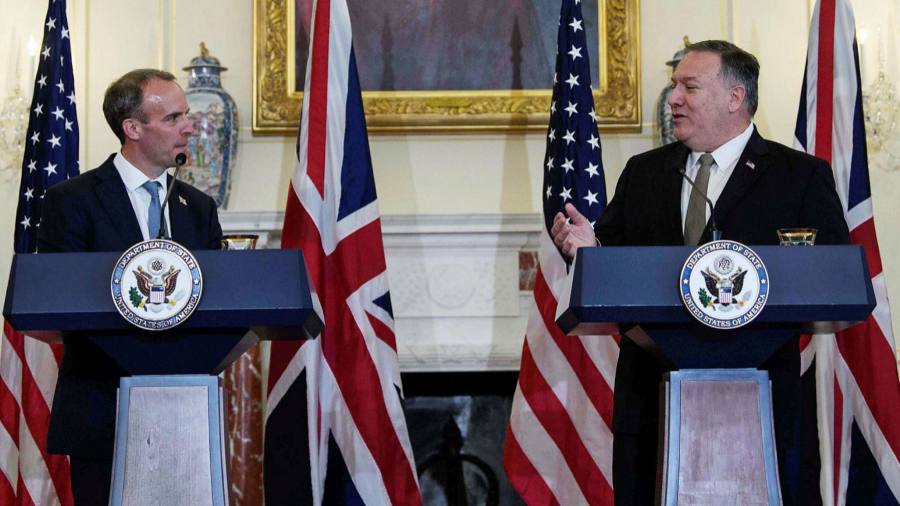