The volume of new court claims filed in the commercial courts fell by 50 per cent in the run-up to Easter compared with the same point last year, in a sign companies are holding back from launching expensive court battles during the coronavirus pandemic.

The outbreak has taken a drastic toll on the UK court system, with the majority of criminal trials suspended and civil court cases taking place remotely where possible, although lawyers expect a surge in coronavirus-related claims after the outbreak.

According to data from analytics company Solomonic, which tracks new claims filed in the High Court, the virus led to a big decline in cases filed. The number of new Commercial and Chancery Court claims from England and Wales declined by 50 per cent in the four weeks to April 5 compared with the same period last year.

A jump in new court claims is generally expected in the first 10 months of the year before they tail off at year-end. But in the run-up to Easter, the number of claims filed reached the lowest level outside of the festive season since the start of 2018.

According to lawyers, the fall is a result of companies cutting back on risk and shoring up cash by delaying non-essential legal battles until they are more financially resilient.

Alexander Oddy, partner at Herbert Smith Freehills, said: “Organisations are focusing on conserving cash so embarking on expensive disputes resolution proceedings is something they’d only do cautiously.”

“Companies aren’t running down to the High Court to spend £10,000 on a claim form that will only buy them entry to a process in which they will spend a lot more money over a prolonged period.”

The “loser pays” regime in the UK — whereby the defeated party usually pays the costs of the winning side — increased the risk of taking on a legal battle, he added.

However, lawyers expect a rush in legal claims connected to coronavirus in the months and years after the outbreak, including disputes over so-called force majeure clauses that enable companies to renege on contracts.

Stuart McNeil, disputes partner at Pinsent Masons, said companies were in the midst of dealing with the crisis and working out whether they had valid claims.

He pointed to a lag in big banking disputes after the global financial crisis. “Litigation is normally busy in a recession but it doesn’t get busy when we’re in the depths,” he said. “When confidence comes back the litigation will be turned on.”

Tue Apr 21 , 2020
WASHINGTON (Reuters) – Asia shares were poised to track a Wall Street tumble on Tuesday after U.S. crude futures turned negative for the first time in history, crushed by a spectacular collapse in oil demand as the coronavirus pandemic derails the global economy. Pedestrians wearing masks are reflected in an […] 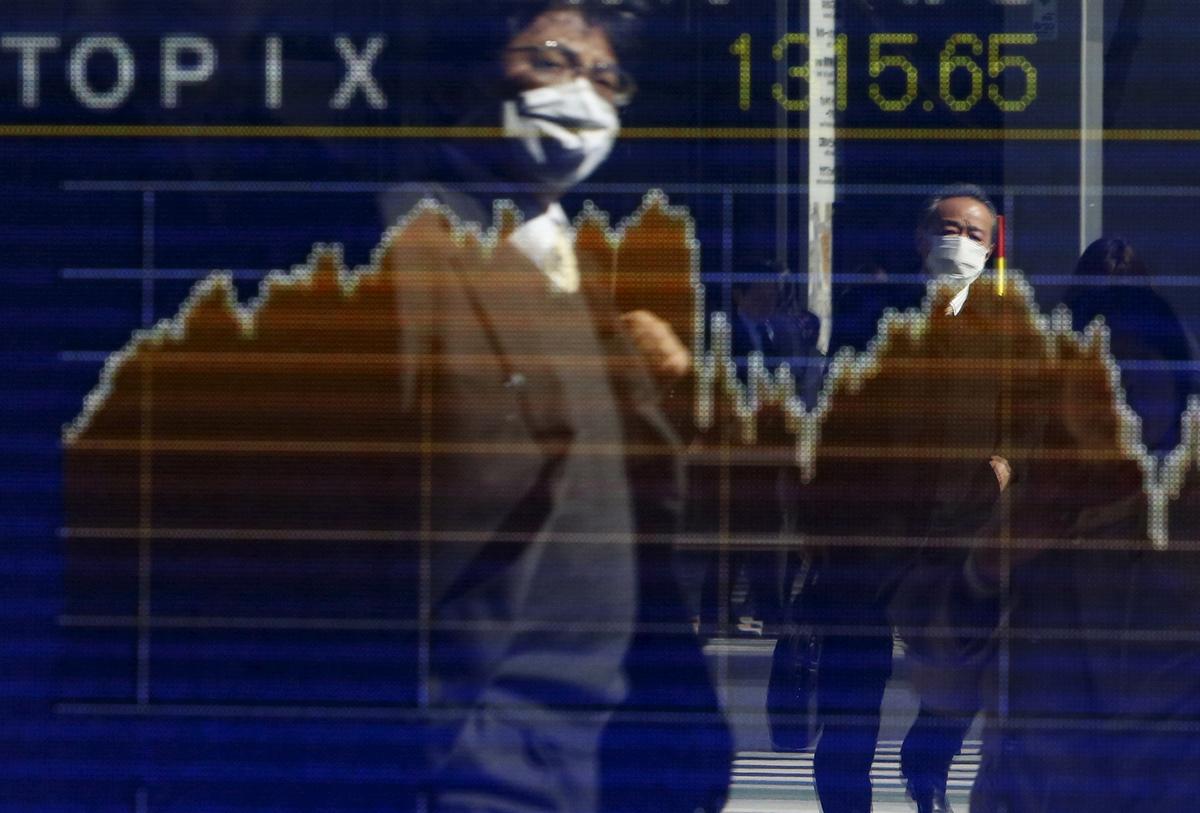