Your level-headed briefing on how the coronavirus epidemic is affecting the markets, global business, our workplaces and daily lives, with expert input from our reporters and specialists across the globe.

For updates visit our live blog. Please send your reactions and suggestions to [email protected]. We would like to hear from you.

The FT is offering a free 30-day trial to Coronavirus Business Update, which includes access to FT.com. Please spread the word by forwarding this newsletter to friends and colleagues who you think would find it valuable. And if this has been forwarded to you, hello. Please sign up here.

World is slowly emerging from the pandemic

Andy Haldane, the Bank of England’s chief economist, warned on Wednesday that “contagious pessimism” in the UK was undermining the economic recovery, as the Office for National Statistics revised its estimate of the depth of the recession in the second quarter.

Official figures now show that the economy contracted 19.8 per cent in the second quarter compared with the previous three months, marginally better than the first estimate of a 20.4 per cent decline.

Britain’s chances of a robust recovery after the pandemic have been dented by a much more severe deterioration in business investment over the past six months than in other countries. Companies slashed capital investment spending in the second quarter, according to official figures.

More broadly, the world is slowly emerging from the pandemic that has resulted in the most severe global economic contraction since at least the 1930s.

Where lockdowns have eased and the virus is under control, economic activity is starting to recover, but because there is a lag of weeks to months between when official economic data are produced and the period of time they cover, they are out of date before they are published.

Alternative indicators such as job postings data from Indeed.com suggest that a labour market recovery has barely started. Google Mobility data, which track footfall traffic as a proxy for consumer spending, show that people have returned to spending venues, but with large variations between countries.

US stocks rallied on the final morning of a choppy month, with investors remaining wary of heightened volatility on the world’s main equity markets ahead of the November presidential election. The tech-focused Nasdaq index climbed 1.5 per cent in the first hour of trade, with the broad-based S&P 500 up 1.1 per cent.

The renminbi is set to notch its best quarter since the global financial crisis, helped by a sell-off in the dollar and bets from traders that the worst of the tit-for-tat tariffs between Washington and Beijing have passed. China posted a current account surplus of $110bn in the second quarter, and portfolio inflows topped $42bn as foreign investors snapped up renminbi-denominated stocks and bonds.

A dramatic gap has opened in how banks and the bond market perceive the health of corporate America, with banks setting aside billions against bad loans even while bond prices suggest a dramatic recuperation from the Covid-19 shock. US banks’ loan loss reserves have risen by $110bn since the crisis began, and are now equivalent to 2.2 per cent of their loan portfolios, the highest level since after the financial crisis in 2012.

Royal Dutch Shell plans to cut up to 9,000 jobs as the pandemic accelerates a restructuring at the oil and gas producer while it shifts to an era of cleaner fuels. Ben van Beurden, chief executive, said on Wednesday that making Shell, which had 83,000 employees at the end of last year, a simpler organisation was expected to reduce annual costs by as much as $2.5bn by 2022.

Oasis Petroleum has filed for bankruptcy protection, the latest big US oil and gas group to hit the wall since the pandemic sent the market into freefall. The shale group, with production in Texas and Montana, blamed the “severe downturn in oil and gas prices” as it announced the move and joined dozens of producers to have succumbed to the price crash.

Disney is laying off 28,000 theme park employees in Florida and California, as the pandemic weighs heavily on the world’s biggest entertainment company. Josh D’Amaro, Disney’s theme park chairman, criticised California officials for forbidding Disneyland to reopen, saying they had “exacerbated” the company’s difficulties in the nation’s most populous state.

Early expectations of a spontaneous rapid shift in supply chains have been downgraded. Resistance is emerging from business to being bounced into reshoring. Emily Blanchard, associate professor at the Tuck School of Business at Dartmouth College, says governments will probably have to put a lot of money behind domestic procurement, or radically change regulation.

The short-term impact from coronavirus on Singapore will be severe, with the country’s economy forecast to contract up to 7 per cent this year. But the pandemic has also highlighted the country’s resilience and appeal as a launch pad into Asia. The air is clean, crime is low, politics is stable, the population is highly educated, many people speak both English and Chinese, and its broadband internet speed is the fastest in the world.

The World Health Organization has announced plans to make 120m cheap Covid-19 antigen tests available to lower and middle-income countries as it seeks to limit the spread of coronavirus in the developing world. Reliable and quick testing is viewed by scientists as the cornerstone of any successful virus management strategy, and could help with economic recovery.

How is your workplace dealing with the pandemic? And what do you think business and markets — and our daily lives — will look like after lockdown? Please tell us by emailing [email protected]. We may publish your contribution in an upcoming newsletter. Thanks

Routines are essential if we are to lead enjoyable lives, be productive and be fulfilled. As we return to something more akin to normal, we have a chance to create new routines, not just return to old ones, argues Alex Soojung-Kim Pang, a Silicon Valley-based futurist. “Redesign your company’s daily routines to make the day shorter; improve the boundaries between work and non-work time; match work to rising and falling energy levels; support remote work as well as office work; and emphasise collective, structural solutions.”

Modernisers have spotted an opportunity in Covid-19 and economic upheaval to predict the end of the city. But “the future of the city is more likely to be made by ambition, artistry, emotion and imagination than by planning”, argues John Gapper, the FT’s business columnist. In a review of four books, he sees an enduring attraction of cities. As Ben Wilson, one of the authors, concludes: “Cities are not only resilient, they are also adaptive systems.”

Wed Sep 30 , 2020
Boris Johnson tried to stabilise his listing premiership on Wednesday, as he sought to end public confusion over his coronavirus strategy and contain a rebellion by Conservative MPs. “He needs to save himself,” said one senior Tory. The prime minister’s failure to properly explain some of his own Covid-19 restrictions […] 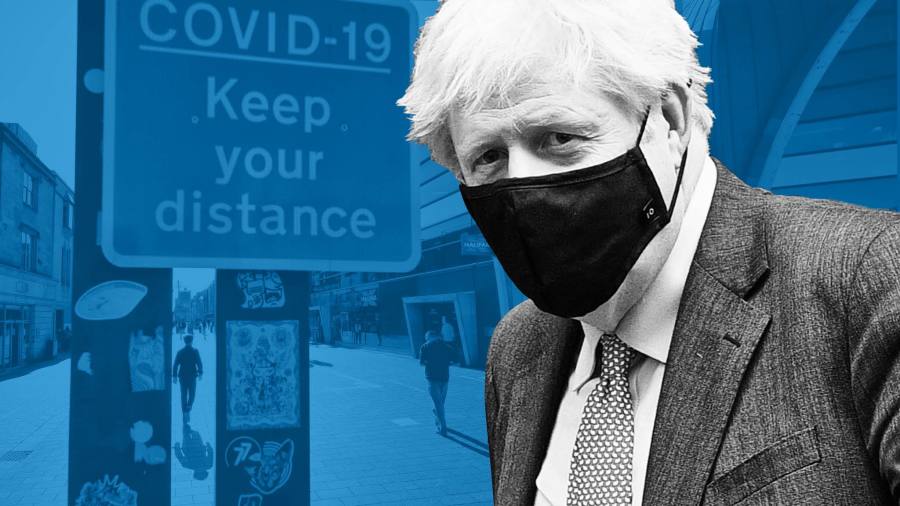