Britain’s biggest banks are being ordered to agree to an industry-wide interest rate of less than 3% on loans handed out under the government’s latest scheme to prevent the collapse of small businesses.

Sky News has learnt that the Treasury will inform lenders on Friday about the reversion rate that they will be allowed to charge on “Bounce Back Loans” after the first 12 months have expired.

Rishi Sunak, the chancellor, unveiled the initiative earlier this week in a bid to accelerate the flow of credit to smaller companies affected by the COVID-19 crisis.

Under the terms of the new scheme, any company will be able to borrow between £2,000 and £50,000, with no interest or fees charged – or capital repayments required – during the first year.

The loans will be fully guaranteed by taxpayers.

All of the UK’s major lenders will take part in the scheme, although at least one is said to be doing so only reluctantly.

Data was being modelled on Thursday by officials to settle on the reversion rate figure, according to bankers.

They said the government was likely to offer a letter of comfort that lending under the scheme would not breach the terms of the Consumer Credit Act.

A statutory instrument setting out those terms will then be laid in parliament, probably applying retrospectively to the date of the scheme’s launch.

Sources said those measures were necessary because banks were being asked to waive their usual affordability tests.

City watchdogs have also sought to reassure senior bankers that they will not be held accountable under the Senior Managers’ Regime for irresponsible lending decisions relating to the Bounce Back Loan scheme.

The Financial Conduct Authority published a little-noticed statement to that effect earlier this week, just a fortnight after its acting boss issued a warning to bank chiefs.

Christopher Woolard wrote: “As CEO, we will expect you to take reasonable steps, along with your board, to ensure that your senior manager(s) with responsibility for small business lending is discharging his/her responsibilities suitably.

“Our objective will be to ensure that there is not a repeat of the well-documented historic issues in the treatment of SMEs.”

Mr Woolard’s letter infuriated a number of bank bosses who felt it had cast doubt on their integrity.

Bounce Back Loans, which are due to launch on Monday, will be the latest plank of Mr Sunak’s business rescue package.

Under the Coronavirus Business Interruption Loan Scheme, more than £4bn has now been distributed by participating lenders, UK Finance, the industry association, said on Thursday.

Thu Apr 30 , 2020
MONTREAL/SYDNEY (Reuters) – Once the airline industry’s ugly ducklings, air freighters are now flying high as some of the only airplanes still criss-crossing the skies during the global coronavirus crisis. A undated handout picture provided on April 30, 2020, shows the interior of a passenger plane which was modified as […] 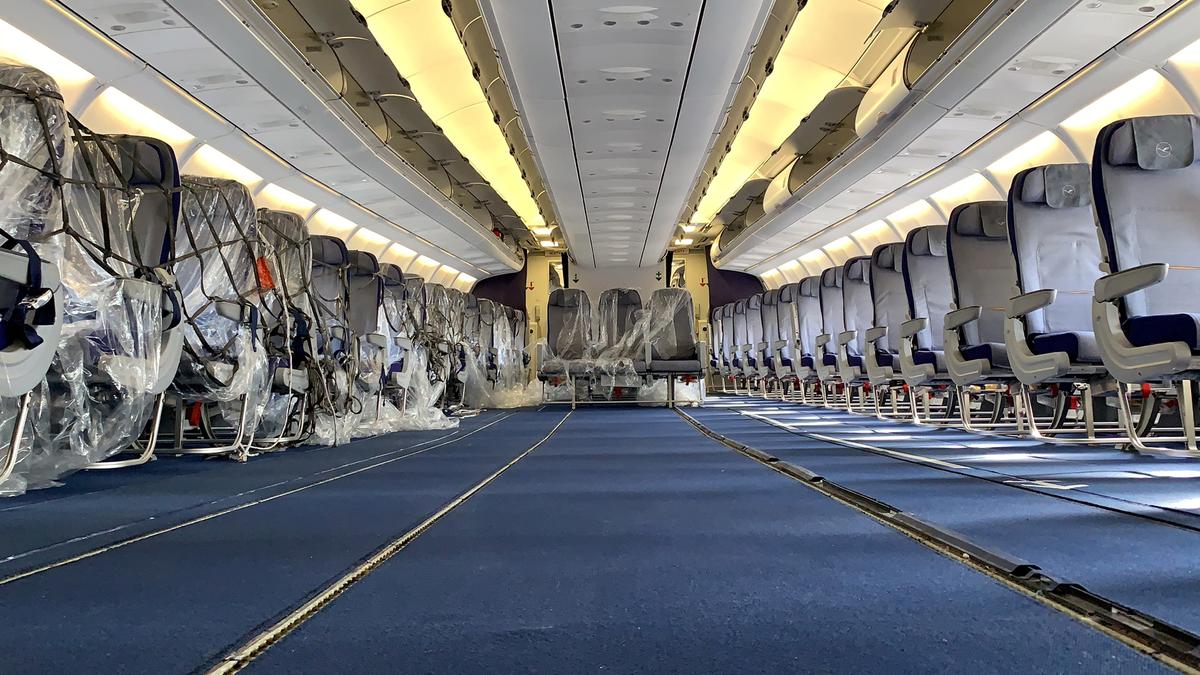