Lookers, the car dealer at the centre of an accounting fraud probe, has snubbed a tentative merger approach from rival Pendragon as the industry tries to engineer its long-term survival.

Sky News has learnt that Pendragon contacted Lookers in the last fortnight to sound it out about a prospective tie-up amid the coronavirus pandemic.

Industry sources said this weekend that Lookers, which sells car marques including Aston Martin, Bentley and Mini from 150 sites across the UK, had rejected the approach.

One insider said the decision not to engage with Pendragon was largely a consequence of its board’s existing workload, including contending with the COVID-19 crisis and an ongoing investigation by the Financial Conduct Authority.

There are no live discussions under way between the two companies, meaning they are unlikely to be forced to confirm the approach in statements to the stock market next week.

A merger would have created a group with annual sales of close to £10bn, but a combined market capitalisation of little more than £200m.

Shares in Lookers have fallen by nearly 75% during the last year, while those of Pendragon, which trades under brands including Stratstone, Evans Halshaw and Quickco, have slumped by almost two-thirds.

In February, Pendragon installed US motor industry veteran Bill Berman as its new chief executive, and announced weeks later that he had asked for 20% of his salary to be donated to the NHS.

It has furloughed 80% of its UK employees as a result of its dealership closures.

One Pendragon shareholder suggested that the company could be interested in seeking an alternative merger partner elsewhere.

Physical car dealers are grappling with a complete collapse in business during the six weeks of the UK’s lockdown, although some online dealers report that they are continuing to trade reasonably well.

In March, Cazoo, the online car seller founded by Lovefilm and Zoopla founder Alex Chesterman, raised £100m from investors to accelerate its expansion.

The FCA has intervened in the motor finance market since the coronavirus crisis began by attempting to buy consumers more time with repayment holidays.

A rapid revival of the sector looks unlikely, however, with the SMMT saying that new car registrations fell 4% in March.

The following month’s figure is likely to have been even bleaker.

Lookers said last week that it had reopened 31 of its sites to provide repair and maintenance services, although the majority of its dealerships remain closed.

It too has appointed a new chief executive, naming Mark Raban to the role in February.

The company said recently of its internal fraud investigation that restrictions on movement arising from the coronavirus crisis meant that it remained ongoing.

“Initial indications have identified some operating divisions where certain non-cash balance sheet accounts have not been fully reconciled, in accordance with group policy.

“These items are expected to give rise to a one-off, non-cash charge, however this part of the investigation is still ongoing.

“While the aggregate impact of the fraud investigation is not yet known, the board currently anticipates that the group will still be profitable for FY 2019 on an underlying [profit before tax] basis.”

Sat May 2 , 2020
VIENNA (Reuters) – Austria’s central bank expects economic output to shrink more than twice as much this year as it forecast just a month ago as the coronavirus lockdown lasts longer than anticipated, its Governor Robert Holzmann said in remarks published on Saturday. FILE PHOTO: Austrian National Bank (OeNB) Governor […] 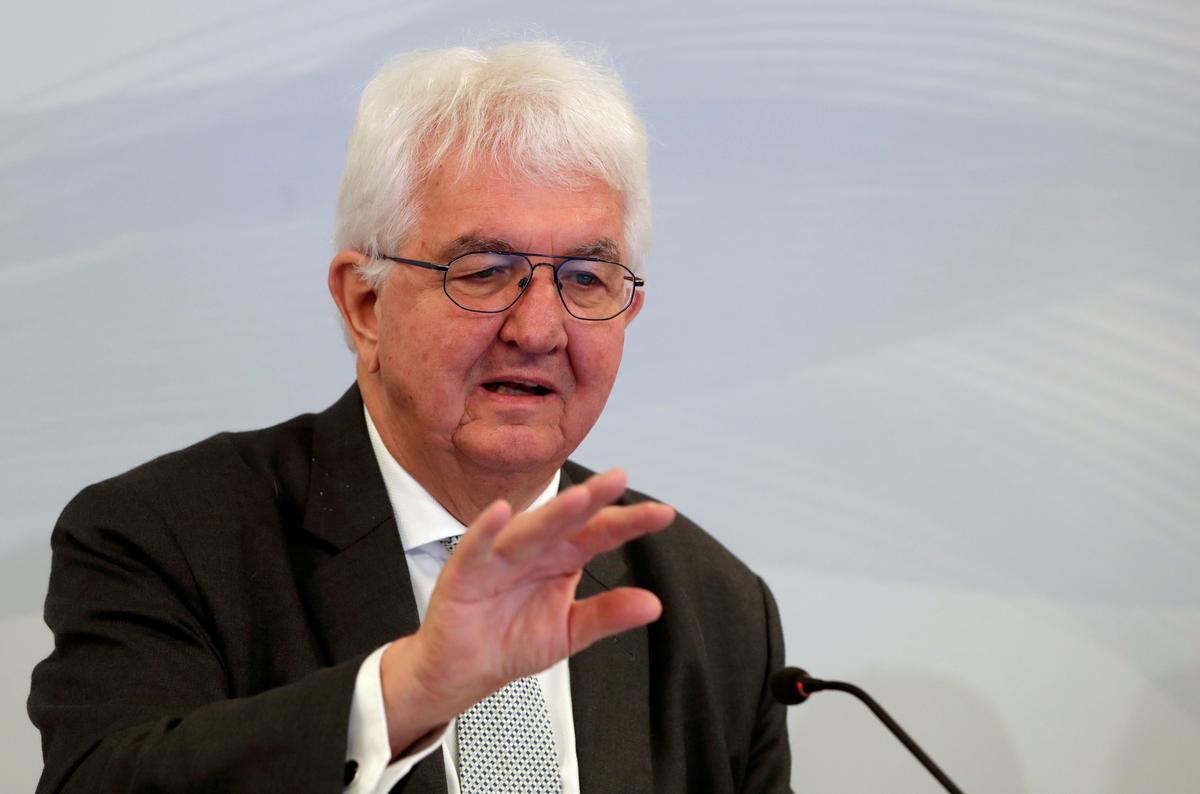