European stocks are expected to open slightly lower on Wednesday as countries around the world report rises in new coronavirus cases, while a fresh U.S. relief package hits an impasse in Washington.

U.S. Senate Majority Leader Mitch McConnell unveiled Senate Republicans’ proposed $1 trillion coronavirus aid bill on Monday, but Democrats have criticized the package’s limitations compared to a $3 trillion proposal that passed the House of Representatives in May. Complicating matters further, President Donald Trump on Tuesday voiced disagreement with some aspects of the bill, though talks are continuing.

Tuesday was the second consecutive day that the U.S. reported more than 1,000 fatalities, while China reported 101 new cases of Covid-19 on Wednesday, its sharpest daily increase for more than three and a half months.

Hong Kong Chief Executive Carrie Lam has warned that the city faces an outbreak that could lead to the “collapse” of its hospital system, with 106 new cases reported Tuesday. In France, confirmed cases rose to 183,804 from 183,079 on Monday.

On a more positive note, Pfizer and Moderna have each begun phase three trials of their respective vaccine candidates, eyeing launches by the end of the year.

Back in Europe, Deutsche Bank on Wednesday reported a smaller-than-expected net loss attributable to shareholders of 77 million euros ($90.3 million) for the second quarter of 2020, while increasing its credit loss provisions to reflect the expected impact of the coronavirus pandemic.

Wed Jul 29 , 2020
Heathrow Airport has warned that the UK risks being left behind other European countries unless the government rapidly introduces a passenger testing scheme to help the battered aviation industry recover from coronavirus disruption. The airport operator slid to a £1bn loss in the first half of the year and warned […] 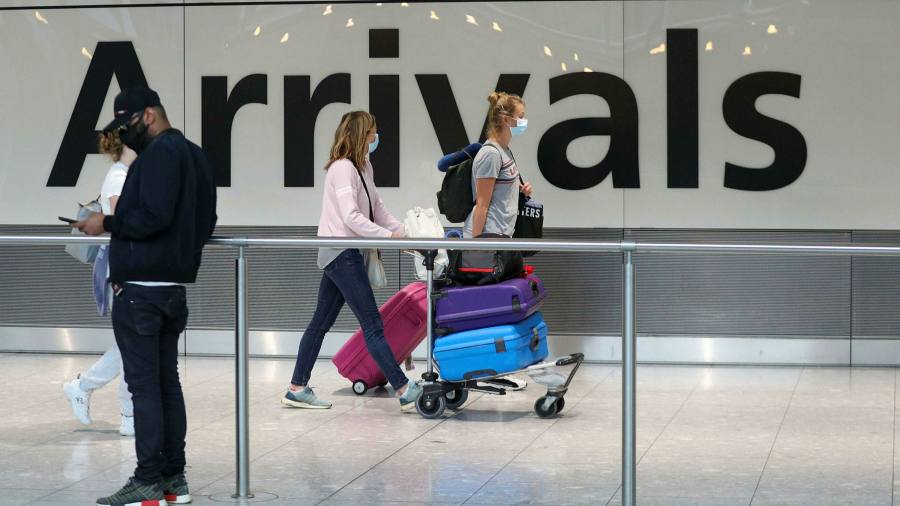