Downing Street has taken down a government-backed advert, described by the culture secretary as “crass”, after it suggested a ballet dancer could “reboot” her career by retraining in cyber security.

Part of the government’s Cyber First campaign, the ad shows a young woman tying up her ballet shoes alongside the caption “Fatima’s next job could be in cyber. (she just doesn’t know it yet)” and the slogan “Rethink. Reskill. Reboot.”

The poster – one of several which features people from a variety of other professions – has been heavily criticised on social media, with acclaimed choreographer Sir Matthew Bourne tweeting: “This has to be a joke? Right?”

Number 10 has said the ad was part of a long-running campaign, but admitted that its timing was “not acceptable”.

The prime minister’s official spokesman said: “This is part of a campaign encouraging people from all walks of life to think about a career in cyber security.

“But this particular piece of content was not appropriate and has been removed from the campaign.

“The government recognises the challenge to the cultural industry and today the culture secretary has announced £257m of funding to help support 1,385 theatres, art venues, museums and cultural organisations across England.”

Author Caitlin Moran also criticised the ad, tweeting: “I don’t know if the government know they appear to have recently created a ‘Hopes & Dreams Crushing Department’, but for a country already depressed and anxious, I would suggest it’s a bit of a ‘Not now, dudes’ moment?”

Shadow mental health minister Dr Rosena Allin-Khan posted: “Fatima, you be you. Don’t let anyone else tell you that you aren’t good enough because you don’t conform to their preconceived social norms.”

It comes after the chancellor denied encouraging workers in the struggling arts industry to retrain.

Rishi Sunak has insisted he was talking generally about the need for some workers to “adapt” and suggested there would be “fresh and new opportunities” available for those who could not do their old jobs.

Responding to the backlash over the poster, Culture Secretary Oliver Dowden said it did not come from his department.

He tweeted: “I agree it was crass. This was a partner campaign encouraging people from all walks of life to think about a career in cyber security.

According to Arts Council England, the arts and culture industry contributes more than £10bn a year to the UK economy, with £3 spent on food, drink, accommodation and travel for every £1 spent on theatre tickets.

Tue Oct 13 , 2020
UK job losses rose at a record rate in the three months to August, even as more furloughed employees returned to work and some companies began hiring, official data showed on Tuesday. The Office for National Statistics said the number of redundancies increased by a record 114,000 on the quarter, […] 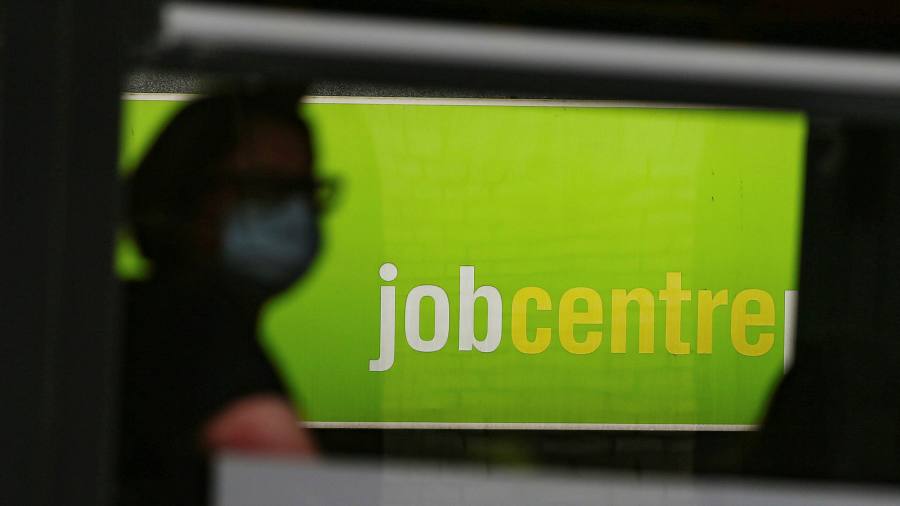