MOSCOW/LAGOS/LONDON (Reuters) – The coronavirus pandemic has disrupted maintenance at oil and gas projects and refineries from Russia’s Far East to the coast of Canada, storing up problems for an industry already reeling from slumping prices, analysts say.

FILE PHOTO: Engineers talk as they stand next to pipes to be used for a pipeline that is part of the Sakhalin-2 project, some 220 km (137 miles) north of Yuzhno-Sakhalinsk on Sakhalin Island October 12, 2006. REUTERS/Sergei Karpukhin (RUSSIA)/File Photo

Lockdowns to stop the spread of COVID-19, the flu-like infection caused by the virus, have snarled the supply of spare parts and have prevented maintenance workers from doing their job.

Regular repairs are needed to keep wells pumping, pipelines and refineries functioning and ships moving. Without maintenance, the risk of glitches or unplanned outages increases and delays risk driving up the cost of work later – partly because there will be a rush to do maintenance when lockdowns ease, and partly because plants have lost the optimal timing and weather for work during the northern hemisphere spring.

“When the virus and the quarantine measures have been eased and it is safe to get back to work, it doesn’t mean the same work can be done with the same intensity because the weather windows could be missed and that can push maintenance even to the next year,” said Matthew Fitzsimmons, Vice President of the Oilfield Service team at research firm Rystad.

In the meantime, companies which service the oil industry are being hit by the lack of work.

“A lot of service companies are not getting the revenues they had otherwise expected in 2020. That is going to have a huge impact on the health of the service industry,” said Fitzsimmons.

Oil and gas companies involved in exploration and production spent an average of $80 billion a year on maintenance between 2015 and 2019, according to Rystad.

The industry typically takes advantage of periods of slow demand to do repair work but with oil prices nearly halved since the start of the year, this is no ordinary trough. Companies, many of them lumbered with high debts, are slashing all but the most essential work.

Some units were shut down for maintenance but the work never started according to Amanda Fairfax, downstream oil market analyst at Genscape, a firm that monitors refineries activities with cameras.

“They don’t want either to invest the capital expenditure into the maintenance project or they don’t want to have as many contract workers on sites as the additional influx of workforce might compromise people who have to remain at the refinery as essential personnel,” she said.

A large maintenance programme in Russia’s Far East Sakhalin-2 project faces delays as the firm could not get pre-ordered pieces of machinery, two sources told Reuters.

“There was a major headache with parts manufactured in China. After the coronavirus outbreak there, the supplier told us it couldn’t deliver our order. There are attempts to replace it, but the time has been lost,” an industry source told Reuters.

Sakhalin Energy told Reuters that the company operates according to a long-term maintenance plan, which is being constantly revised.

“All works will be carried out in accordance with up-to-date plans, safety instructions and quarantine measures required by the state authorities,” the company’s representative said in an email.

Its neighbour, Sakhalin-1 project, operated by ExxonMobil (XOM.N), also said earlier this month that it was adjusting the schedule and scope of work at the plant.

“To ensure the safety of our personnel … we are focusing on those activities, which can be executed safely in the current COVID-19 situation and are essential for our continued economic and operational resilience,” ExxonMobil said.

Reuters has identified nearly a dozen companies whose maintenance and development plans have been affected by lockdowns.

The lockdown in Italy, which has suffered one of the worst virus outbreaks globally, has reverberated across the energy sector because the country is a leading valve manufacturer.

An industry source in Milan told Reuters that until recently less than 10 percent of Italian producers remained active, struggling to supply even strategic valves to overseas clients.

One energy company in Nigeria said it was hoping to receive valves from its Italian supplier soon as they had been first in line when the shutdown began, the source said. But others are less optimistic.

A maintenance and development operation at an onshore field in Nigeria was delayed for months as the local oil firm could not receive equipment on time, a company source told Reuters.

Oil companies across Nigeria have also struggled to move workers to where they are needed due to lockdowns that vary by state, and regulations from the petroleum regulator limiting the number of workers at any oil site is also complicating operations. Rivers state, home to the oil hub of Port Harcourt, is under a lockdown so strict that the governor arrested 22 oil workers who landed there, despite federal government permits allowing them to travel.

The Rivers movement restrictions have also trapped pipes and other needed materials that are needed at oil fields outside the state, industry sources told Reuters.

Tue May 19 , 2020
FRANKFURT/ZURICH (Reuters) – Swiss regulators have requested electronic messaging data from the mobile phones of several Credit Suisse managers and supervisory board directors as part of a probe into spying at the bank, three people familiar with the matter said. FILE PHOTO: The logo of Swiss bank Credit Suisse is […] 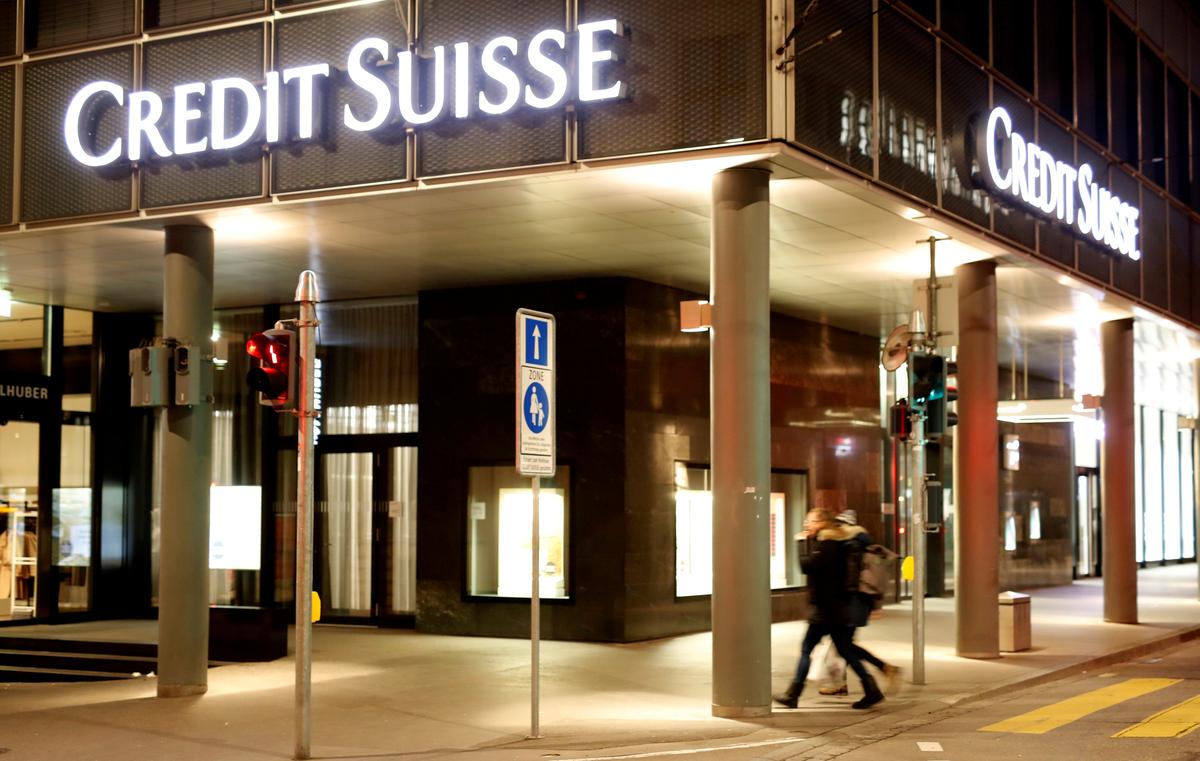