More than 90 million people could be forced into “extreme deprivation” this year as developing and emerging economies are hit hardest by the coronavirus pandemic, the International Monetary Fund (IMF) has warned.

In its latest World Economic Outlook, the world’s lender of last resort predicts the pandemic will undo decades of progress in reducing global inequality and poverty, leaving the poorest nations worst affected.

The report forecasts a global contraction in gross domestic product (GDP) of -4.4% in 2020, slightly more positive than its last forecast in June, followed by a recovery of 5.2% in 2021, leaving global output smaller than it was pre-pandemic in 2019.

The IMF sees the UK economy shrinking by 9.8% in 2020, implying further retraction this year after the latest GDP figures for August showed the economy was still 9.2% smaller than in February.

While the IMF says the negative economic impact of COVID-19 has been truly global with no nation spared, it makes clear more than 150 nations it does not classify as advanced economies will be worst affected.

The growth in per-capita income for emerging and developing economies will be lower than in advanced economies, with women, the young and the low-paid suffering most.

“The poor are getting poorer with close to 90 million people expected to fall into extreme deprivation this year. The ascent out of this calamity is likely to be long, uneven, and highly uncertain,” said Gita Gopinath, the IMF chief economist.

The report also examined the impact of lockdown measures around the world, concluding that while they were effective in reducing infection rates, removing them will not trigger recovery as long as consumers practice “voluntary social distancing” because of their fear of infection.

The IMF says lockdowns “may pave the way to a faster economic recovery” if they contain the epidemic and thus limit the extent of voluntary social distancing.

With this in mind, it urges governments around the world to continue funding economic support and stimulus packages, such as the furlough scheme in the UK, which will be replaced by a less generous Job Support Scheme at the end of October.

The report also praises governments for launching extraordinary economic interventions, crediting them with “preventing a recurrence of the financial catastrophe of 2008-09.”

But huge uncertainty remains, and the economic outlook is indivisible from the progress of the pandemic and the search for a vaccine.

“There remains tremendous uncertainty around the outlook with both downside and upside risks,” said Gopinath.

“The virus is resurging with localised lockdowns being re-instituted. If this worsens and prospects for treatments and vaccines deteriorate, the toll on economic activity would be severe, and likely amplified by severe financial market turmoil.

“Growing restrictions on trade and investment and rising geopolitical uncertainty could harm the recovery.

“On the upside, faster and more widespread availability of tests, treatments, vaccines, and additional policy stimulus can significantly improve outcomes.”

Tue Oct 13 , 2020
Liverpool is struggling to cope with a surge in coronavirus cases, with 95 per cent of intensive care beds in the city’s main hospitals full, according to two sources with direct knowledge of the situation. About half of the intensive care beds across the city’s University Hospitals NHS Foundation Trust […] 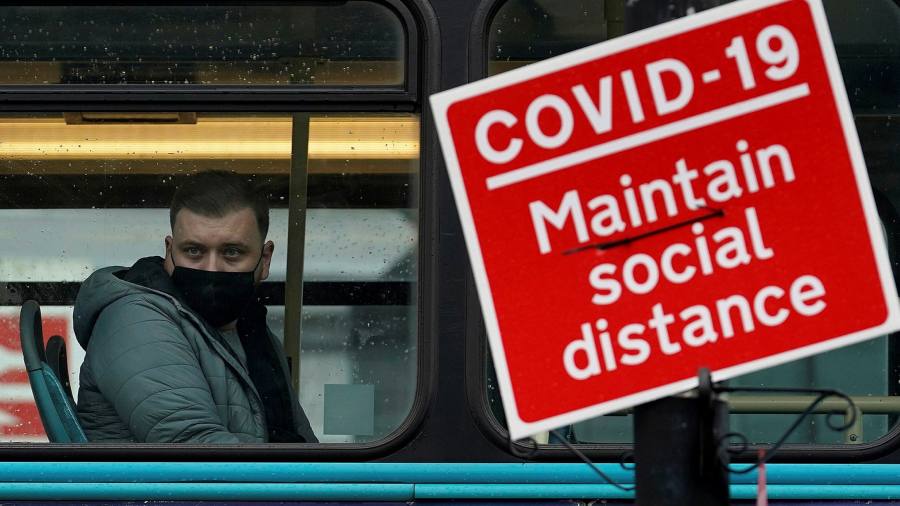