Coronavirus is killing black Caribbean people in hospitals in England at almost three times the rate of white people, highlighting inequalities in the deadly effects of the disease.

Experts said that unlike in the US, the higher mortality rate, especially for those of black Caribbean descent, was not simply because the victims were more likely to live in areas where the virus was most prevalent.

The figures and analysis will reinforce concerns that Covid-19 has exposed deep disparities in British society, with some ethnic minority groups facing choices between their lives and their livelihoods.

Figures from NHS England on Thursday showed the disproportionate pain the coronavirus has inflicted on black Caribbean people — far greater than on other large ethnic minority groups or on white people.

Separate NHS England data showed that 6.8 per cent of all coronavirus positive tests were for black people, while the group represented just 3.5 per cent of the English population in the 2011 census.

Although black people were not over-represented in hospital admissions, they accounted for 7.8 per cent of patients admitted to intensive care.

Richard Blundell, professor of economic policy at University College London, said the pandemic had highlighted the need to address all the challenges of inequality, especially as it affected ethnicity.

“There is no question there is a really worrying, disproportionately high number of hospital deaths among non-white British people and we’re only just beginning to understand that,” he said.

His comments supported Institute for Fiscal Studies research on Friday that showed, using earlier data, differences exist even when you took account of the fact more black people lived in urban areas harder hit by coronavirus.

The research institute added that people from the Pakistani, Bangladeshi and black African groups also had a much higher death rate once they accounted for the younger age of these communities than the white British community.

The results might exaggerate the racial impact of coronavirus so far because they only measured hospital deaths, the IFS conceded, and 94 per cent of care home residents, which were not included in its study, were white.

Speaking on Thursday from the US, Angus Deaton, the Nobel Prize-winning professor of economics, said that the UK results contrasted with those in America, where the higher number of deaths of black people reflected the spread of the virus through localities where they lived.

“[US] hospitals are not treating blacks worse than whites,” Prof Deaton said, “but what it does not rule out is segregation and offensively poor housing conditions [for black people in the US]”.

The concerning ethnicity data comes as evidence showed a record surge in the number of people resorting to food banks in the early weeks of the Covid-19 pandemic, prompting a call from a coalition of charities for a temporary government-funded Coronavirus Emergency Income Support Scheme.

The Trussell Trust, which supports a network of more than 1,200 food bank centres around the UK, on Friday said there had been an 81 per cent increase in distribution of emergency food parcels in the last two weeks of March, compared with the same period last year.

Trussell Trust chief executive Emma Revie said: “Like a tidal wave gathering pace, an economic crisis is sweeping towards us — but we don’t all have lifeboats.

“It’s not right that this has meant some of us don’t have enough money for essentials and are being pushed to food banks.”

Coronavirus: Premier League can only resume if it's totally safe for all | Business News

Fri May 1 , 2020
Premier League matches should only resume if the measures required to ensure players and staff are safe do not impact on the national effort to protect key workers, according to a leading club chief executive. Paul Barber, CEO and deputy chairman of Brighton & Hove Albion, told Sky News that […] 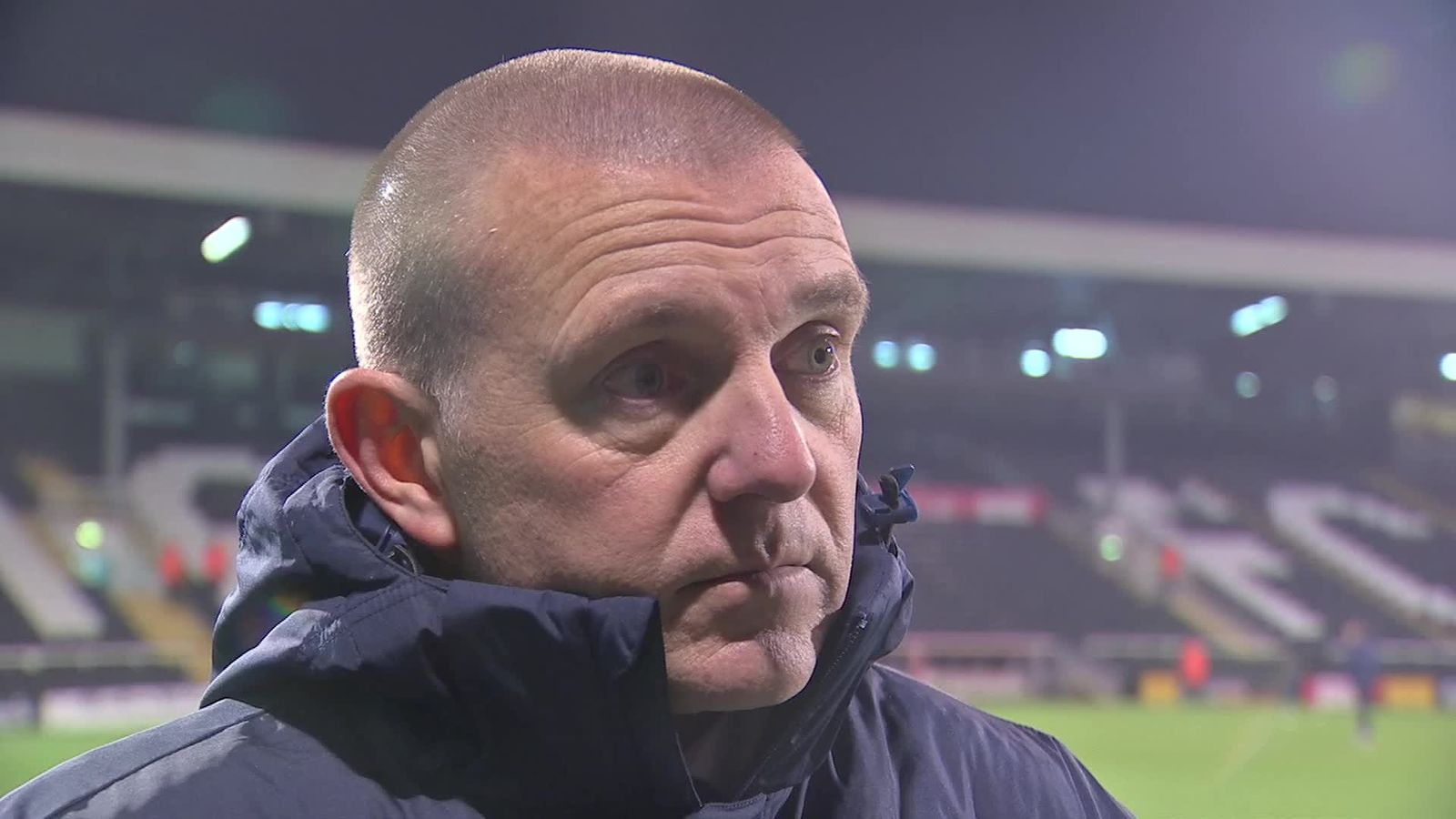