The low-cost carrier is mulling plans on how it will return to service after a lockdown currently costing it up to £40m a week.

Its aircraft – currently all grounded – are mostly configured with three seats in a row, either side of the aisle.

The proposed change would see passengers in window and aisle seats having an empty seat next to them.

It is an example of how the easing of restrictions across society following the coronavirus lockdown is expected to take place gradually rather than seeing an immediate return to normal.

“Then we will work out with the authorities and listen to the customers’ views and points on what they believe is the right thing to do, particularly in the start-up period.”

He said this would be made possible by the likelihood that “load factors” – a measure of how full planes are – would “not get back to normal early on”.

Mr Lundgren disclosed the idea as he delivered the airline’s latest trading update – revealing that it was burning through £30-40m of cash every week during the grounding.

The airline expects to use up £1.2bn if the restrictions continue for three months, rising to £3bn for a nine-month stoppage but is has taken new fundraising measures to cover the spending.

“We’ve been able to adapt ourselves to reduced demand for the next couple of years, then have the flexibility to increase as demand picks up again,” Mr Lundgren said

He also said that bookings for the winter period were “well ahead” of last year, partly boosted by customers choosing alternative flights after journeys were cancelled.

Mr Lundgren added that he expected there to be pent-up demand for holidays as people emerge from lockdown.

The update helped shares soar by as much as 13% in early trading though most of those gains later came off.

Easyjet said its trading performance for the six months to the end of March before the impact of coronavirus was “very strong” but the costs of hedging against oil price and currency fluctuations would help pull it to a half-year loss of up to £380m.

Thu Apr 16 , 2020
SHANGHAI (Reuters) – Apple Inc’s (AAPL.O) new iPhone SE for the budget-conscious is unlikely to be a major driver of sales in China, a Weibo survey suggested, with analysts noting its lacks of 5G capability. FILE PHOTO: People wearing protective masks are seen in an Apple Store, as China is […] 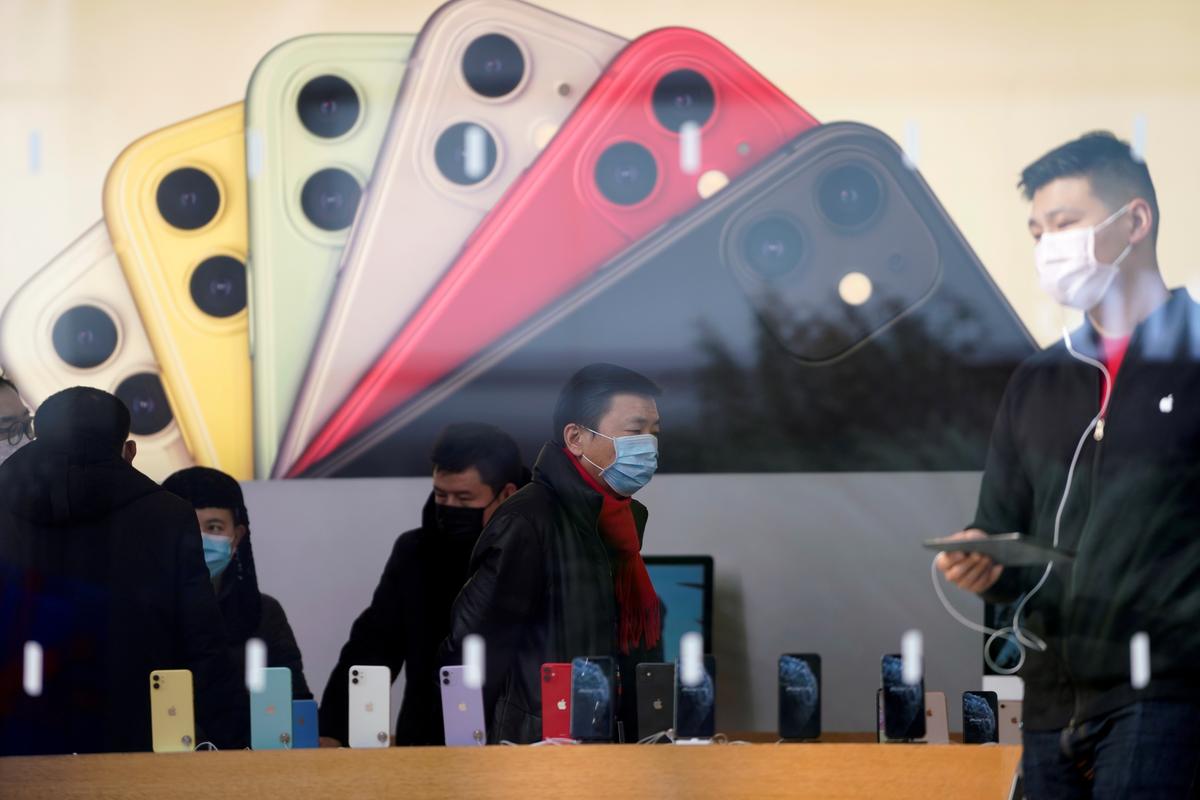