A closely-watched survey of business activity suggests the worst of the coronavirus decline may be over as the economy faces up to the deepest recession in living memory. The IHS Markit/CIPS flash purchasing managers’ index (PMI) for May showed a slowing in the record monthly collapse in output in April […]

A closely-watched survey of business activity suggests the worst of the coronavirus decline may be over as the economy faces up to the deepest recession in living memory.

The IHS Markit/CIPS flash purchasing managers’ index (PMI) for May showed a slowing in the record monthly collapse in output in April – with key indicators beating the expectations of economists.

However, those readings remained deep in negative territory as the country’s COVID-19 lockdown remained largely in place.

The index, in which a figure above 50 represents growth, showed activity in the dominant services sector and in manufacturing rose to 28.9 in this month’s preliminary reading.

The report’s authors cautioned that despite the improvement, the pace of decline remained far worse than at any point during the financial crisis with employment and new business orders continuing to fall.

A separate survey covering the eurozone painted a similar picture with Germany, the bloc’s largest economy, already confirmed to be in recession.

Confirmation that the UK is also in recession – defined as two quarters of negative growth – is expected following the end of the April to June period.

The chancellor warned just this week of a downturn “like we’ve never seen” in remarks to a parliamentary committee this week, just hours after official figures charted a record surge in unemployment claims for April.

Rishi Sunak had previously admitted that not every job was going to be saved by the government’s various schemes to support businesses and workers.

Chris Williamson, chief business economist at IHS Markit, said of the PMI data: “The UK economy remains firmly locked in an unprecedented downturn, with business activity and employment continuing to slump at alarming rates in May.”

He added: “The UK looks set to see a frustratingly slow recovery, given the likely slower pace of opening up the economy relative to other countries which have seen fewer COVID-19 cases.

“While the quarterly rate of decline looks likely to peak at around 20% in the second quarter, the recovery will be measured in years not months.”

Euro zone contraction eased in May but still sharp: PMI

Thu May 21 , 2020
LONDON (Reuters) – The devastating impact of the coronavirus on the euro zone economy abated a little this month as some government-imposed lockdown measures introduced to contain the spread of the virus were eased, a survey showed. FILE PHOTO – A restaurant employee wears a protective mask while she stands […] 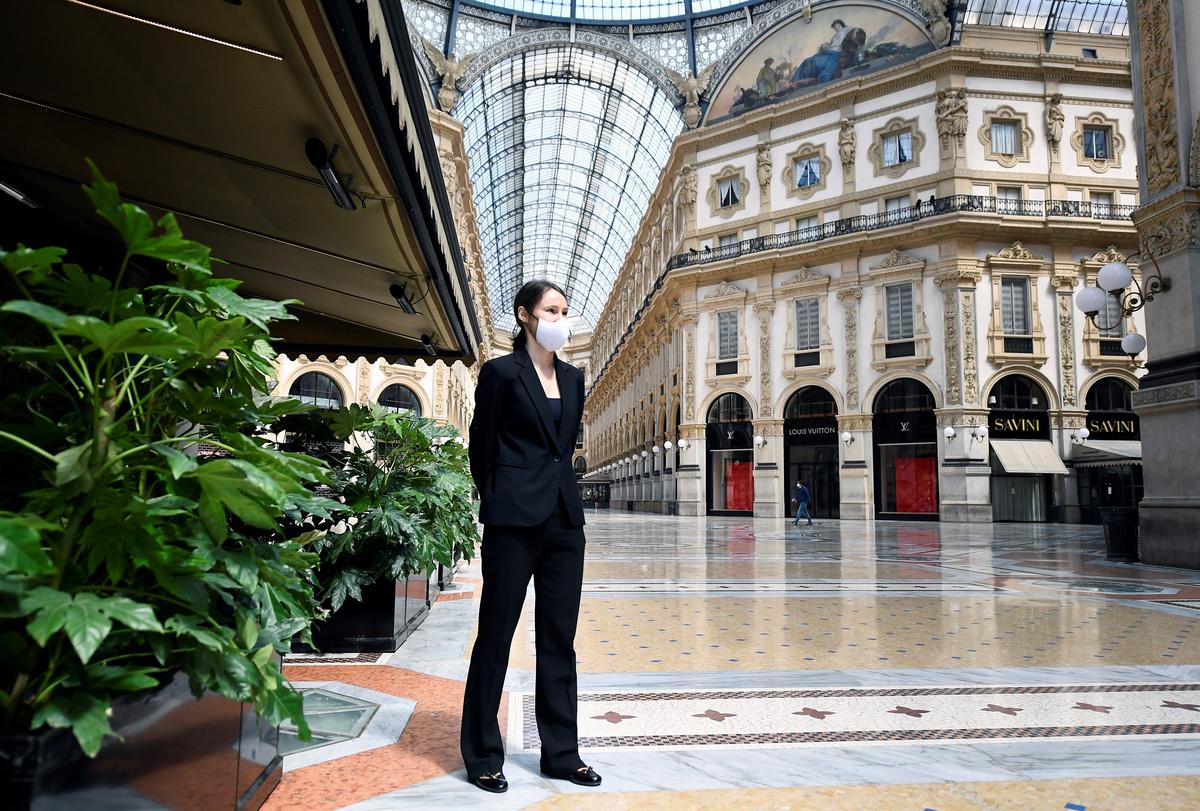