The UK’s recent stability in household income growth and income inequality is under threat from coronavirus, according to the Office for National Statistics. In the year to March 2020, average household incomes grew steadily without any sign of rising inequality, the statistical agency said on Wednesday in its latest assessment […]

The UK’s recent stability in household income growth and income inequality is under threat from coronavirus, according to the Office for National Statistics.

In the year to March 2020, average household incomes grew steadily without any sign of rising inequality, the statistical agency said on Wednesday in its latest assessment of the nation’s domestic finances. But the signs are that this will not last into this financial year or beyond.

The coronavirus crisis has already hit jobs, predominantly among those on lower earnings, and wages are now falling in cash terms. Although government support has been bolstered temporarily, chancellor Rishi Sunak signalled this week that he was unlikely to be as generous with public spending in the years ahead as he previously promised.

Provisional ONS figures for the 2019-20 financial year show that median household incomes after taxes and benefits, but taking no account of housing costs, rose 2.3 per cent ahead of inflation to hit £30,800 — for a household of two adults with no children.

This median income has risen 2.1 per cent a year on average since 2012-13, and exceeded the pre-financial crisis peak in 2015, the ONS said. Mean income growth has been weaker and only just reached the 2008 peak this year.

Alongside stable growth in typical incomes for families across the UK, the ONS found that the distribution of income “had been broadly stable over the past 10 years” although considerably higher than in the 1970s and early 1980s.

Multiple inequality measures had moved in a close range for the past decade, it said. The level of post-tax income of households just in the richest 10 per cent was 4.2 times higher than those with incomes low enough just to fall into the poorest 10 per cent of households.

Inequality of pre-tax and benefit incomes had fallen over the past decade, the ONS added, as a result of greater equality of earnings, partly driven by large rises in minimum wages.

There are two main official measures of household incomes, with the ONS measure more up to date but not as comprehensive as the rival series from the Department for Work and Pensions.

The ONS figures also confirmed the superior performance of pensioner incomes compared with households of working age with a sharply increasing gap in the growth rates over the past 20 years.

Pensioners have benefited from the triple lock on state pensions plus better private pension coverage while many working age households have suffered from a freeze in non-pensioner benefits.

The warning of falling incomes this year mirrored that from the Resolution Foundation this week which forecast that real household incomes would fall at their steepest rate in 2020-21 since the oil crisis of the mid-1970s.

With the temporary furlough scheme for employees and higher universal credit payments scheduled to end, households are set for much more difficult times ahead.

The chancellor also made it clear that he was not minded to ride to the rescue with prolonged increases in public spending and benefits once the coronavirus pandemic has eased.

This week, Mr Sunak ditched a plan in the March Budget to increase day-to-day spending by government departments by 2.8 per cent in real terms each year this parliament and replaced it merely with a plan to raise spending faster than inflation.

Ben Zaranko, a research economist at the Institute for Fiscal Studies, said the chancellor, “had opened the door to a less generous funding settlement for public services” which made possible “another round of budget cuts for lower priority [government] departments”.

With earnings likely to fall, the Treasury planning to reverse increases in universal credit and other benefits, unemployment set to rise and public spending set to fall, experts see a bleak prospect for household income growth in the years ahead.

One source of mitigation for some households will be to inherit money rather than earn it. With UK wealth rising faster than incomes, inherited money will be a much more important resource to millennials and younger generations than it was in the past.

David Sturrock, a senior research economist at the IFS, said: “Inherited wealth is on course to be a much more important determinant of lifetime resources for today’s young than it was for previous generations.”

These would not be equally distributed with graduates far more likely to receive large inheritances than those with few academic qualifications.

Wed Jul 22 , 2020
Forecasts made earlier this week of a “jobs bloodbath” in UK manufacturing already appear to be coming true. Industrial turnround specialist Melrose said on Wednesday that even cost savings of £100m over the first half of the year would not be enough to prevent job losses. Shares in the buyout […] 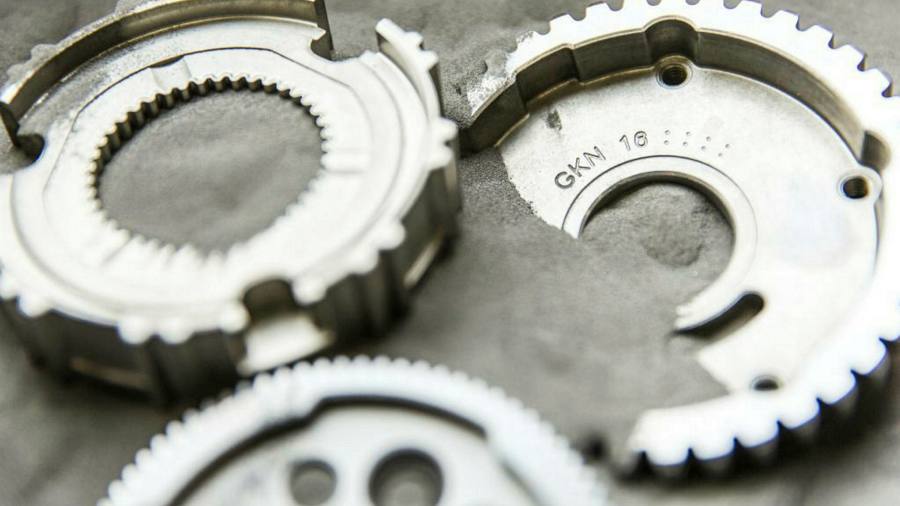