The US central bank has signalled interest rates will remain near-zero through 2023 despite downgrading its forecasts for the severity of the hit to the economy from the coronavirus crisis.

The Federal Reserve kept its benchmark rate at between 0%-0.25% following its latest policy meeting – a move that was widely expected as the country emerges from the worst of the COVID-19 shock.

A majority on the rate-setting committee, which includes chair Jay Powell, said it expected the rate would remain at that crisis level for at least three years.

That was because its latest economic forecasts did not foresee inflation hitting its target rate until 2023.

The Fed, which has previously announced a policy shift to tackle years of weak inflation, said on Wednesday it did not foresee interest rates moving upwards until inflation was on track to “moderately exceed” its 2% target “for some time.”

It also outlined how it expected the US economic recovery from recession to accelerate, with unemployment falling faster than the central bank expected in June.

The committee cut, by significant margins, its median forecasts for both the unemployment rate and economic growth in 2020.

They saw gross domestic product (GDP) falling by 3.7% this year, an improvement on the 6.5% hit projected in June.

At a virtual news conference following the statement, Mr Powell said the economic outlook still remained highly uncertain and it depended heavily on the ability of the US to get control of the pandemic.

“A full economic recovery is unlikely until people are confident that it is safe to re-engage in a wide variety of activities,” he warned.

Like in most countries that imposed widespread lockdowns in a bid to tackle the spread of coronavirus, the US has seen a speedy recovery in output and employment though it has been tested by continuing and new restrictions in several populous states.

Talks aimed at securing further stimulus from the Federal government have been held up by bitter divisions among Democrats and Republicans in advance of November’s presidential election.

A strong economy is a pillar of Donald Trump’s re-election campaign.

The latest economic data released on Wednesday suggested that the end of a $600-per-week unemployment payment for Americans left out of work, hit consumption last month.

Wed Sep 16 , 2020
The government said it would announce tighter restrictions on people in the north-east of England on Thursday after a sharp rise in coronavirus cases. The measures are expected to include a ban on households meeting each other and a 10pm curfew for pubs and restaurants across an area with almost […] 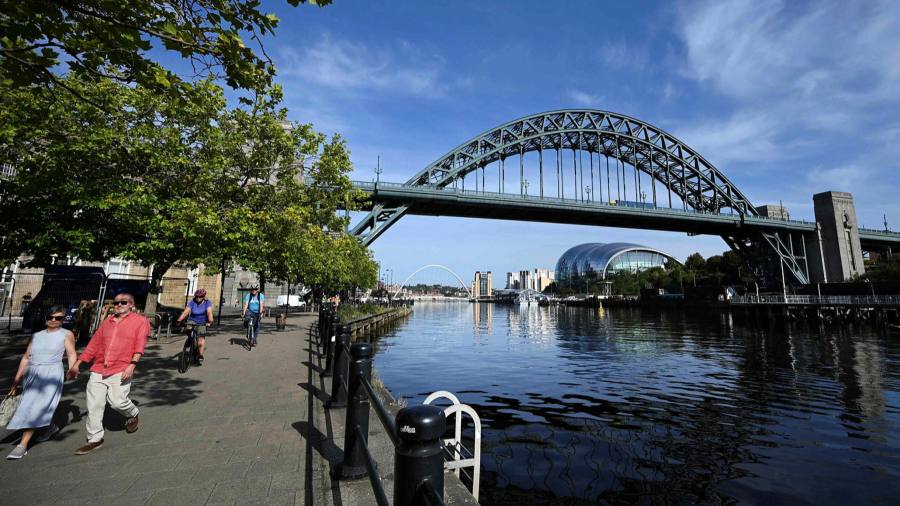