Hundreds of companies are suspected of fraudulently claiming furlough money from the government while pressuring their employees to continue working.

HMRC has confirmed to Sky News it has received 795 reports from worried workers about the Job Retention Scheme.

Whistle-blower support charities also say they have seen a “significant” number of calls. One has exclusively told Sky News that up to 20% have been from people working in the care sector.

The furlough scheme is designed to help businesses retain their staff during the coronavirus crisis, with the government paying 80% of workers’ salaries up to £2,500 a month. But furloughed employees are not meant to do any work at all for their organisations.

Asking staff to work while money is being claimed amounts to committing fraud and it is taxpayers who will ultimately foot the multi-million pound bill.

But the workers are victims too with many reporting feeling pressured, threatened and facing an impossible choice between doing what is right, or potentially losing their jobs.

“James” works in made-to-order retail. We have changed his name to protect his identity.

His boss told him he was being furloughed but continuously asked him to come in to deliver orders.

When James questioned it, he was told if he did not the company would have to close.

“I’m happy to go into work if needed, but I want to do it legally.

“It puts you in an awkward position because you know it’s the wrong thing; you shouldn’t be going in, you shouldn’t be abusing the furlough system, but if I stand there and say what I really think, I’m not going to get paid, you know you’ll be out of a job.

“Any time losing a job would be difficult but at a time like this when it’s going to be difficult to get another one, it’s really worrying.”

Workers experiencing this are being encouraged to report their employers to HMRC but many are scared. Some may not even know they have been put on furlough.

Protect, a whistle-blowers support group, have said they are “surprised” by how many calls they have had.

The majority work for small organisations with fewer than 50 employees, and many are financially vulnerable on small salaries.

“We expect this is just the tip of the iceberg”, said CEO Liz Gardiner.

“In this time of unprecedented change, when people are really worried about their jobs. It’s a really difficult thing to stand up and say ‘I think you’re committing fraud employer and I’m going to report you’.”

Up to 20% of the calls they have received are from people working in the care sector who have been furloughed but asked to ‘volunteer’, often on reduced pay.

“I’m sure employers are in a very difficult situation not knowing when an invoice might be paid,” said founder and CEO Georgina Halford-Hall.

“But to put their employees, who are really dedicated to those people they have got to know in the community, in a position where they’re having to choose between committing a criminal act, or not having a job, or not look after the old people they’re caring for, it really is a disgrace, a national disgrace.”

She has said many are too scared to come forward and that stronger protection for whistle-blowers would help.

“Let’s face it, if you’ve got a family and a mortgage and car repayments and who knows what else, what is the incentive to speak out under the current policy? There is none.”

Seven-and-a-half million workers are being supported by the furlough scheme which has now been extended until the end of October.

Experts say that given the scale of the scheme, and the speed at which it was set up, it is broadly a remarkable success.

“We have to remember that millions of people are receiving pay which they might not otherwise be getting, the alternative for many of them would be redundancy,” Karen Teago, employment lawyer and joint CEO of Yess Law said.

“Certainly in employment law, many new regimes, many new pieces of legislation when they come in they have difficulties in them.

“It would be impossible to design a perfect scheme and certainly not in just a month.

“By in large the scheme seems to be getting money to people who would otherwise not be being paid and in those terms it can be regarded as a success.”

HMRC said it is “committed to ensuring the tax systems we operate are used fairly and efficiently and where necessary will take action to ensure compliance with the relevant rules, regulations and legislation that govern the UK taxation systems”.

A spokesperson added: “We value all the information provided to us by members of the public aimed at helping us achieve that goal.”

It said any employee reporting furlough fraud would be “entirely anonymous”.

Wed May 13 , 2020
The UK government has issued guidance on safety in workplaces and public transport after Boris Johnson urged manufacturing and construction workers to return to their jobs this week. But unions and employers warn that it will take much longer to bring people back to work safely.  The need to ensure […] 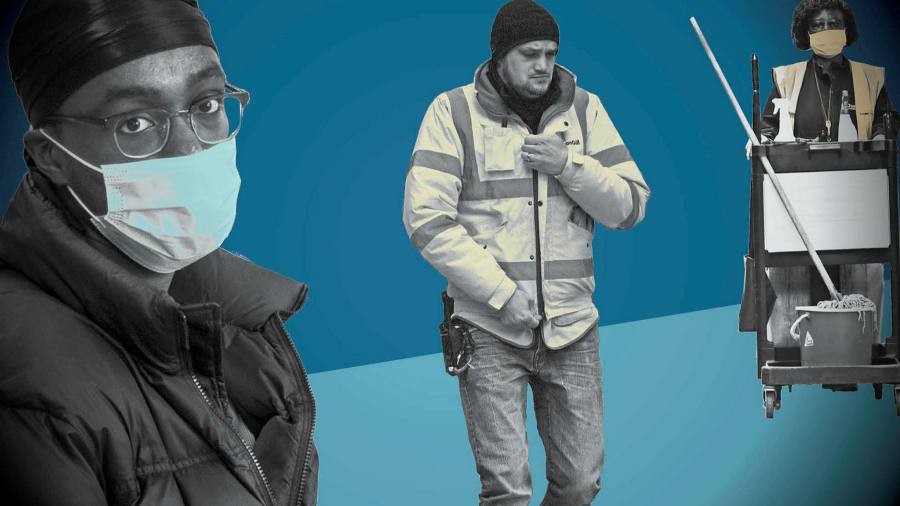