Retail sales fell by 27% in the first two weeks of the UK’s lockdown, resulting in the worst monthly decline on record for the sector overall last month, according to industry figures.

The British Retail Consortium said the coronavirus crisis, which has resulted in deserted high streets throughout the UK, means hundreds of thousands of jobs are at risk.

Its figures showed total sales in March fell 4.3% compared to the same month last year, the worst performance – when stripping out seasonal distortions – since the survey began in 1995.

Yet that masked the even bigger drop of more than a quarter at the end of the survey period – the two weeks to 4 April – largely covering the time after UK went into lockdown on 23 March.

Demand had risen sharply in the earlier part of the month, with sales surging 12% as shoppers stocked up on food and other essential items ahead of the restrictions coming into force.

BRC chief executive Helen Dickinson said: “The closure of non-essential shops led to deserted high streets and high double-digit declines in sales which even a rise in online shopping could not compensate for.”

Sales of computers, board games and fitness equipment rose sharply as a result of the shift to home-schooling and working from home, but demand for fashion “significantly declined”, she added.

“The crisis continues; the retail industry is at the epicentre and the tremors will be felt for a long while yet.

“Many physical non-food retailers have been forced to shut down entirely or to limit themselves to online only to protect customers and staff.

“Consequently, hundreds of thousands of jobs at are risk within these companies and their supply chains.

“We welcome the government’s actions to date, yet millions of livelihoods rely on their continued support.”

The figures came hours after high street chains Oasis and Warehouse became the latest to fall into administration during the lockdown, following Debenhams last week.

Barclaycard reported a similar picture in its data for March, which showed a 6% decline – the biggest since the survey began in 2015.

It found supermarket spending up 21% but that travel spending, including public transport, sank by 40% and consumer confidence hit an all-time low.

The dismal picture for UK retail comes after the government’s fiscal watchdog, the Office for Budget Responsibility, said the wider economy could be on track for a 35% decline in the second quarter.

EasyJet says it can survive a lengthy fleet grounding 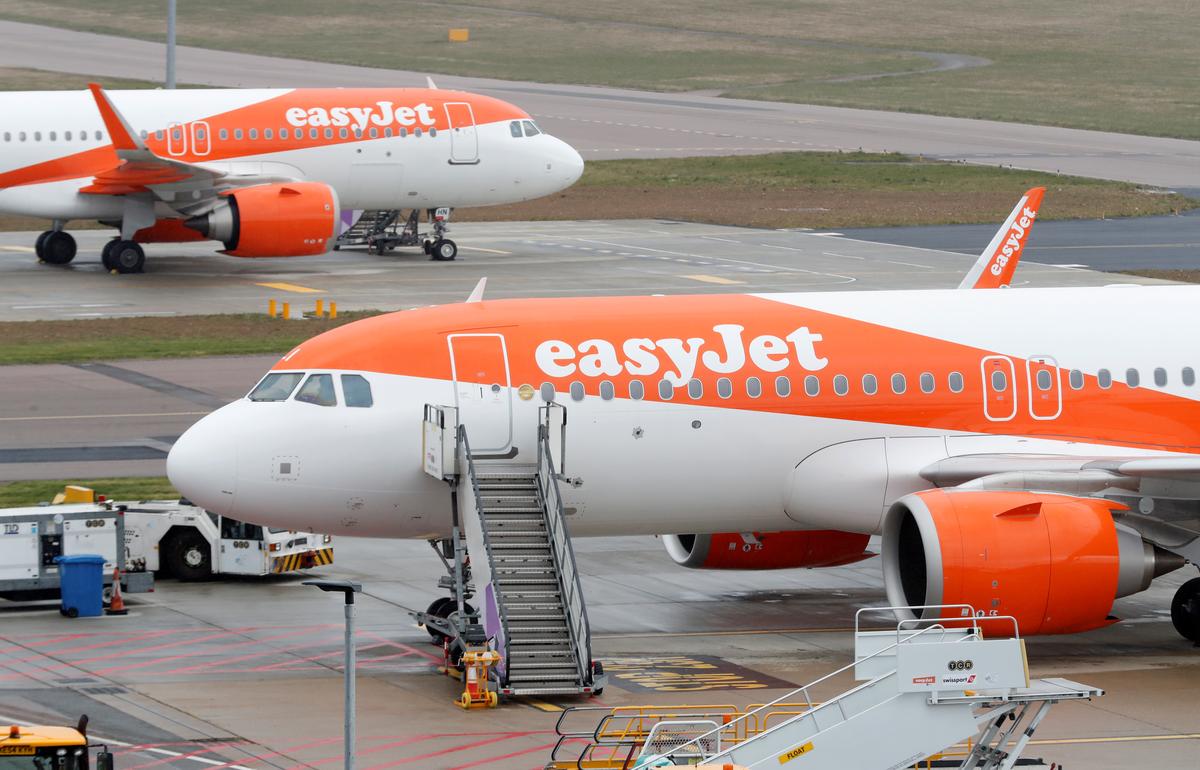