Ireland has officially entered recession after the COVID-19 crisis resulted in its economy shrinking by a record 6.1% in the second quarter. The country’s domestic industries suffered the most severe hit . Ireland’s tourism industry has been squeezed by severe coronavirus travel restrictions and pubs have been subject to a […]

Ireland has officially entered recession after the COVID-19 crisis resulted in its economy shrinking by a record 6.1% in the second quarter.

The country’s domestic industries suffered the most severe hit .

Ireland’s tourism industry has been squeezed by severe coronavirus travel restrictions and pubs have been subject to a lengthier lockdown than elsewhere in Europe.

The country’s GDP decline in the April-June period follows a contraction of 2.1% in the first quarter, putting it technically into recession.

It follows economies across the world from Europe to the United States as well as Japan, India and Australia in recording coronavirus-induced economic slumps.

Ireland’s 6.1% decline is bigger than the previous record 4.7% drop seen during the financial crisis in 2008.

But it is smaller than those experienced elsewhere in the eurozone and far lower than the 20.4% collapse seen in Britain.

However, the headline growth figure can be distorted by the presence of large multinationals headquartered in the country.

Modified domestic demand, a figure which strips out some of these distortions, fell by 16.4% in the April-June period.

Ireland’s Central Statistics Office said the construction sector shrank by 38.3% while distribution, transport, hotels and restaurants was down 30.3%.

But industry grew by 1.5% and the information and communication sector – dominated by multinationals with headquarters in the country – grew by 2.3%.

Data released since the end of the second quarter suggests the economy bounced back sharply as lockdowns eased but the recovery moderated as reopening plans were paused.

Ireland remains the only EU country yet to reopen bars and pubs fully while severe travel restrictions have virtually halted inbound tourism.

Mon Sep 7 , 2020
Seven Greek islands have been added to England’s quarantine list – affecting travellers returning from Lesvos, Tinos, Serifos, Mykonos, Crete, Santorini and Zakynthos. It comes as Transport Secretary Grant Shapps announced the rules are changing on which areas anyone coming back from must isolate for two weeks. Instead of a […] 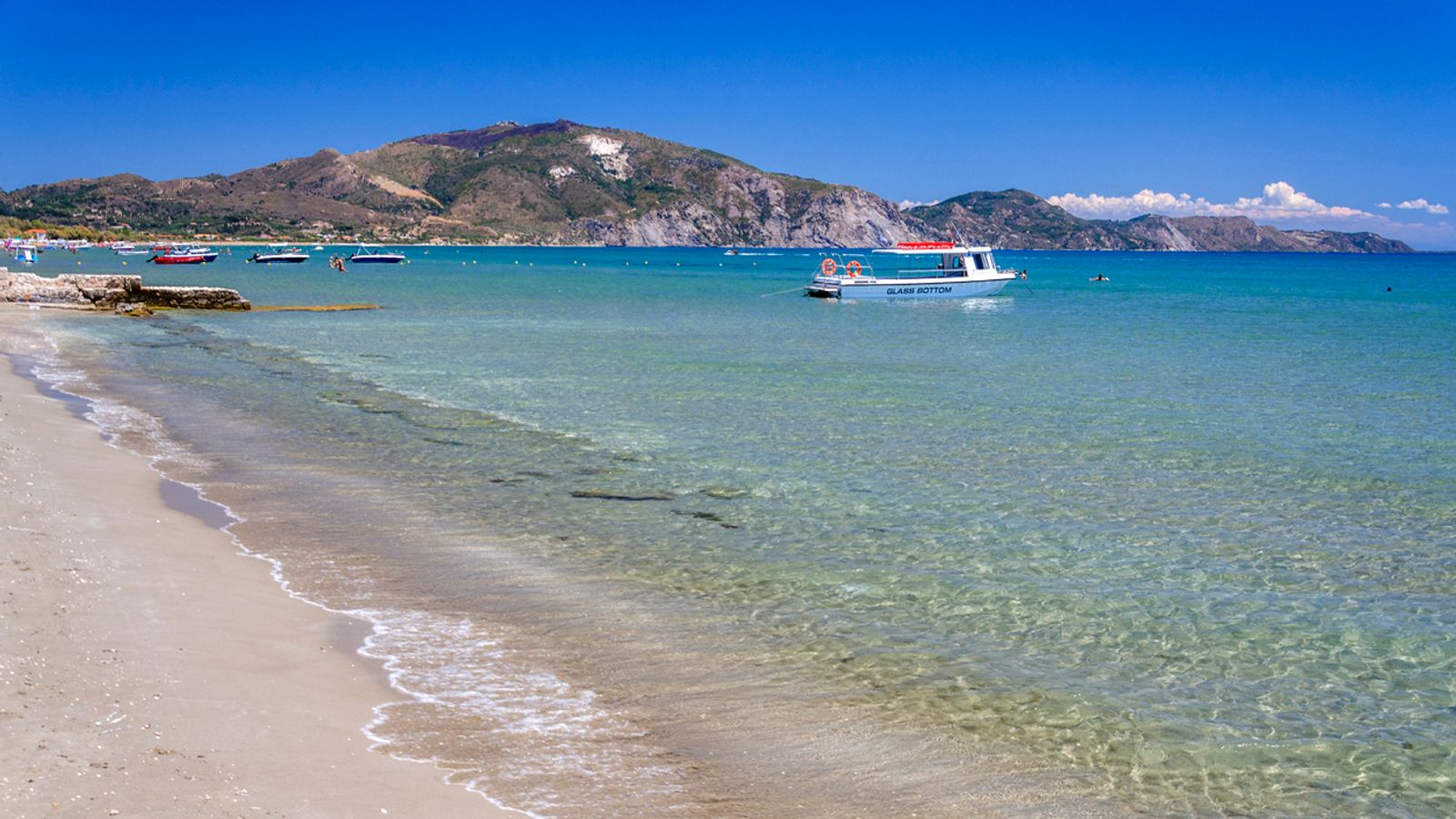