One of the City’s most prominent bosses has warned that the “economic disaster” caused by the coronavirus pandemic risks surpassing its human toll, arguing that “a vaccine is the only known exit strategy”.

Sky News has seen a memo sent by Bill Michael, KPMG’s UK chair, to the accountancy firm’s staff this week which sets out in stark terms the scale of the challenge facing Britain’s economy as it plots a path to recovery.

Mr Michael, who is himself recuperating at home following treatment in hospital for COVID-19, told KPMG’s 18,000-strong UK workforce that they faced “a huge paradigm shift in the way we live and work”.

“In the absence of [a vaccine], there is no ‘exit’ or a return to normal,” Mr Michael wrote.

“It appears a vaccine is many months away – too long for an economy to survive a lockdown.

“At some point, we run the risk that the economic disaster will transcend the human one.

“The difficult judgments governments face is to strike a balance between the health of our people and our economy.

“This will necessarily be a time of trial and error on an unprecedented scale.”

The KPMG chief said, however, that the firm was “well-placed to help”.

Mr Michael’s remarks reflect the undercurrent of anxiety among business leaders and politicians that the risk of permanent “scarring” of the economy is growing as the lockdown continues.

Among the potential long-term consequences of the pandemic highlighted by Mr Michael’s memo are “a radical re-evaluation” of global supply chains across goods and services.

He added that the UK’s soaring national debt, caused by a slump in the economy and the cost of rescue packages, would present “enormous challenges to our fiscal policies with far-reaching consequences on our tax system”.

The big four accountancy firm has been a contractor on the NHS Nightingale hospital in London’s Docklands, as well as working on emergency public sector contracts such as the Department for Work and Pensions’ Project Shield.

Like its rivals, however, it is wrestling with a sharp downturn in revenues across important parts of its consulting operations.

That decline has prompted KPMG to tell partners that they face pay cuts worth hundreds of thousands of pounds as it seeks to conserve cash.

Sky News reported earlier this month that its 620 UK partners have been warned that their 2020 pay packages will be reduced by around 25% as a result of the pandemic.

The pay cuts are expected to save around £75m this year.

The COVID-19 crisis has created a major headache for the big four firms – also made up of Deloitte, EY and PricewaterhouseCoopers – because the consequent slowdown in business activity has come at the same time as they are braced for a structural overhaul of their operations.

PwC has said it would delay partner promotions and bonuses, while EY is also cutting pay, but has vowed not to pursue compulsory redundancies. 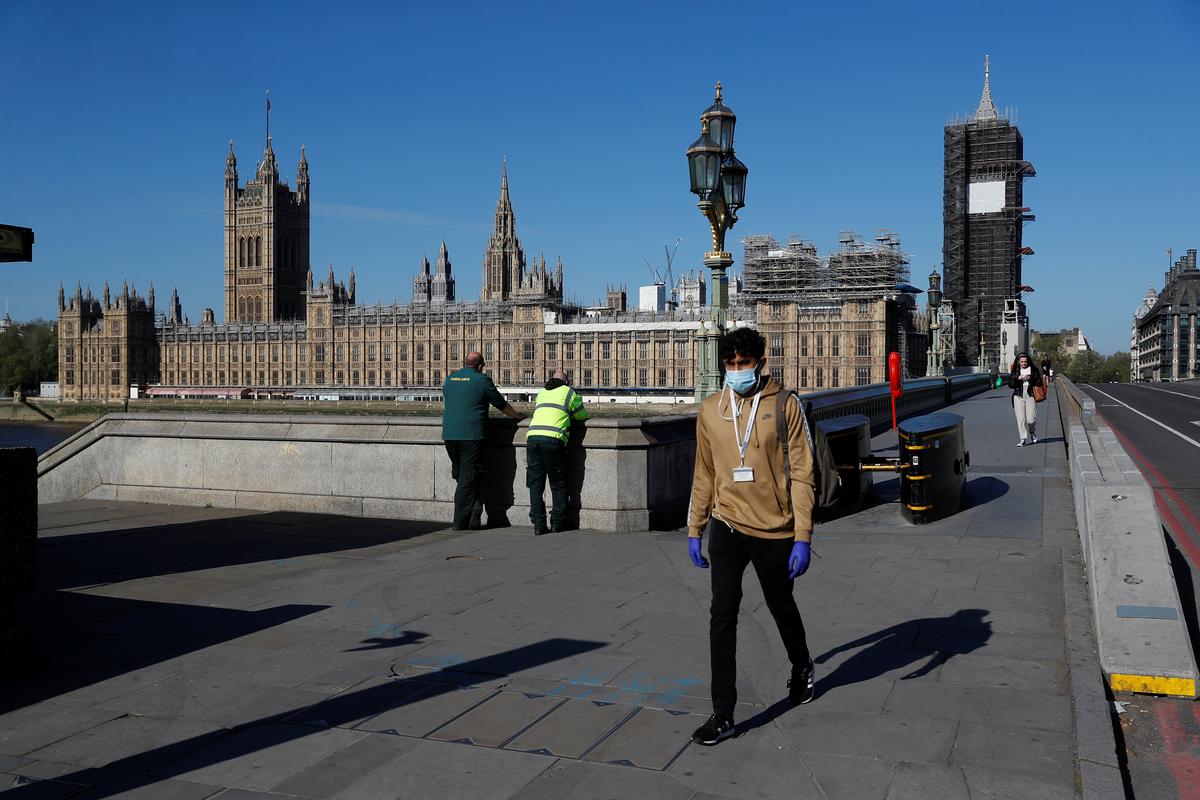