Marks & Spencer (M&S) will serve notice this week of imminent plans for hundreds of job cuts as it becomes the latest prominent retailer to restructure its workforce in the wake of the coronavirus pandemic. Sky News has learnt that M&S will begin announcing redundancy plans within days, joining the […]

Marks & Spencer (M&S) will serve notice this week of imminent plans for hundreds of job cuts as it becomes the latest prominent retailer to restructure its workforce in the wake of the coronavirus pandemic.

Sky News has learnt that M&S will begin announcing redundancy plans within days, joining the likes of the John Lewis Partnership, Boots The Chemist and Debenhams in what has rapidly become a bloodbath on Britain’s high streets.

Sources said that several thousand jobs were expected to be lost as chief executive Steve Rowe accelerates an ongoing restructuring of the business during the coming months.

They form part of a plan that the company dubbed ‘Never the same again’ at its results two months ago.

In the initial phase to be announced this week, M&S will confirm the first substantive cuts to its workforce since the COVID-19 crisis forced the temporary closure of most of its shops in March.

It will make the UK’s most famous retailer the latest chain to have taken taxpayers’ money through the Coronavirus Job Retention Scheme, only to subsequently announce significant numbers of redundancies.

27,000 M&S employees – out of a total of 78,000 – were furloughed under the government’s programme to discourage companies from laying off workers.

Thousands of them have returned to work, although the company has not provided a precise number.

M&S has also yet to indicate whether, like rival Primark, it will reject the chancellor’s recent offer of a £1000 bonus for every furloughed employee who resumes working.

The disclosure of permanent job cuts – even if they are not the same workers as those who have been furloughed – will, according to analysts, make it extremely difficult for M&S’s board to accept the Treasury’s bonus payments.

Across the economy, hundreds of thousands of jobs have been cut by leading companies during the last four months, with notable examples including British Airways, BP, Royal Mail and the Upper Crust-owner SSP Group.

The heads of individual business units – which include retail and property, clothing and home, food and international – are all examining their cost bases as part of a review indicated in May.

Those which do announce job cuts will disclose their plans at different points during the coming months, with the total amounting to several thousand, according to people close to the plans.

Separately, M&S announced in 2018 plans to close between 110 and 120 of its full-line clothing stores, more than half of which have now been shut.

It now has just under 300 clothing and home shops in the UK.

Announcing annual results in May, Mr Rowe said: “Whilst some customer habits will return to normal others have changed forever, the trend towards digital has been accelerated, and changes to the shape of the high street brought forward.

“Most importantly working habits have been transformed and we have discovered we can work in a faster, leaner, more effective way. I am determined to act now to capture this and deliver a renewed, more agile business in a world that will never be the same again.”

The company said on the same day that “central support costs and headcount will be examined at all levels”, while £1bn of cash and cost-saving actions would be allied with “other changes, including a more streamlined support centre, changes to leadership structure and negotiations with landlords on commercial terms on lease contracts”.

M&S has indicated that it will not pay shareholders a dividend for this year.

At its annual meeting earlier this month, chairman Archie Norman asked shareholders to vote remotely on their confidence in the company’s future at the beginning and end of the summit, and saw a slight increase in optimism by the time it finished.

The proposed redundancies could apply pressure on Mr Rowe to take at least a temporary cut to his own salary, as many other corporate leaders have done during the pandemic.

The M&S chief did agree to a pay freeze, and subsequently confirmed he would not take an annual bonus for either last or this financial year.

One ally pointed out that his take-home pay had been reduced because he agreed to reduce his cash pension supplement to zero over the next three years with no alternative or additional compensation.

An M&S spokesperson said of the proposed job losses on Sunday evening: “We don’t comment on speculation and, if and when we have an announcement to make, our colleagues will be the first to know.”

Sun Jul 19 , 2020
More than half of UK manufacturers expect to make job cuts over the next six months as large employers across automotive, aerospace and other core industries brace themselves for a sustained downturn in demand during the pandemic. The UK will lose high value skills in what is being called a […] 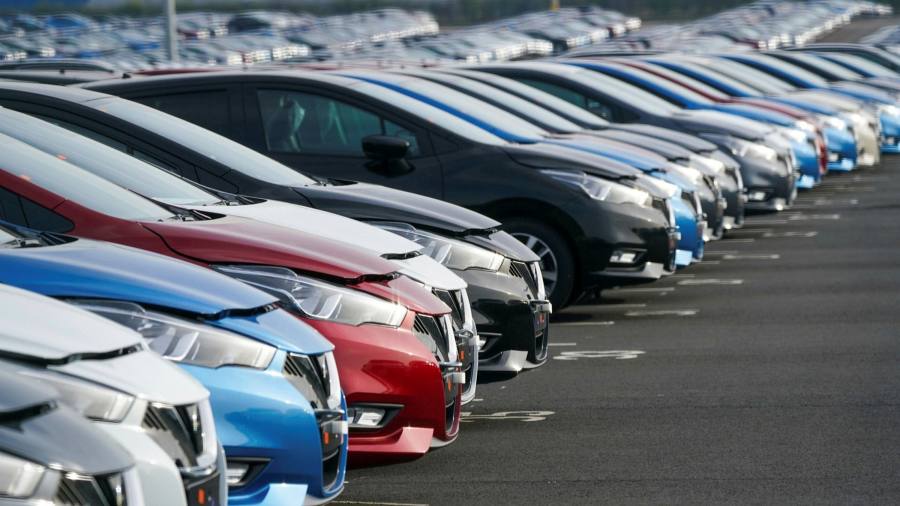