The dollar pushed ahead against the currencies of oil producers on Thursday as a rebound in crude prices from an unprecedented collapse only partially calmed markets unnerved by the massive coronavirus-led drop in global demand.

The euro held steady against the greenback and the pound ahead a of meeting of European Union officials on the bloc’s response to the economic turmoil caused by the global coronavirus pandemic.

Analysts say sentiment is still supportive of the U.S. currency because the coronavirus outbreak is driving a global depression, which will encourage investors to opt for the safety of holding their funds in dollars.

“The dollar is a bit of a phoenix-type character; it seems to keep coming back,” said Ray Attrill, head of FX strategy at National Australia Bank in Sydney.

“I’m still of the view that the dollar rally is on borrowed time, but there are still signs of stress, and it’s not clear that the dollar shortage has been addressed for everyone.”

The U.S. dollar edged up against the Canadian dollar to C$1.4177 following a 0.3% decline on Wednesday.

The greenback held steady at 24.4710 Mexican pesos, close to a two-week high.

Against the Norwegian crown, the U.S. currency edged up to 10.7706, near a one-month high reached on Wednesday.

U.S. West Texas Intermediate (WTI) futures rose 4.21% to $14.36 a barrel early in Asian trading on Thursday. On Monday front-month WTI futures fell to around minus $40 as a glut of oil and dwindling capacity to store it sent oil prices into a tail spin.

Brent crude has also managed to rebound from the its lowest level since June 1999.

These gains pale against persistent investor concerns about the collapse in demand for oil, as major economies have been brought to a virtual standstill with stay-at-home rules and severe restrictions on businesses and travel to limit the spread of the coronavirus.

Countries are running out of space to store the oil that they are not using, which could lead to further disruptions for commodities and other markets.

Officials from the EU will discuss the bloc’s response to the economic damage caused by the coronavirus later on Thursday.

However, markets are wary because it is uncertain how far EU governments will cooperate in financing the recovery from what is sure to be a deep recession.

Ahead of the outcome of the meeting, the euro edged lower to $1.0807. Against the pound, the common currency was little changed at 87.77 pence.

The European Central Bank has agreed to accept junk bonds as collateral to allow banks to finance themselves at the ECB, which should be a positive factor for the euro, but investors are waiting for details on the fiscal response.

The dollar was little changed versus the yen as the pair remains stuck in a holding pattern.

The Australian dollar fell 0.46% to $0.6294 as a bounce driven by Wednesday’s encouraging data on retail sales quickly ran out of steam.

China on slow road to recovery, but recession risk is high - Reuters poll

Thu Apr 23 , 2020
BENGALURU (Reuters) – The Chinese economy will slowly recover from its first quarterly contraction since current records began, economists predicted in a Reuters poll, but they warned of a likely recession if conditions worsen again from the global coronavirus pandemic. A man and a child sit in a park near […] 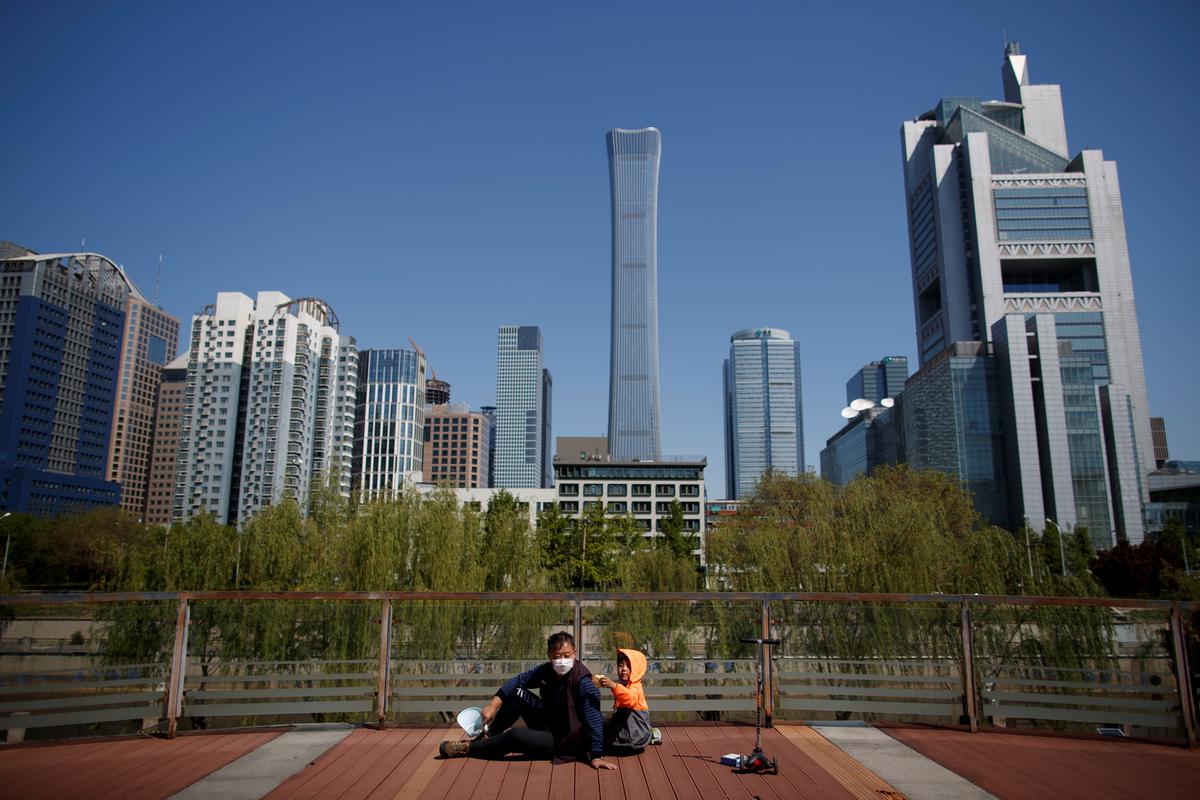