The Australian dollar tested six-week highs on Tuesday, as signs of progress in re-opening economies helped the risk-sensitive currency recoup most of the panic selling seen in March, and as the greenback nursed overnight losses.

The Aussie has rallied more than 17% from last month’s 17-year low and overnight rose through resistance around $0.6445. It drifted down to $0.6438 and was just below multi-week peaks against the euro, pound and yen. Other majors were steady.

“The Aussie is in beast mode at the moment,” said Chris Weston, head of research at Melbourne brokerage Pepperstone.

“Part of that is down to the fact that it is your best way of playing reflation…it’s kind of a proxy for equity markets,” he said. Shorts had mostly fled their positions and momentum funds had arrived to ride the wave, Weston said, as traders seemed to worry less about fundamentals and focus more on the valuation outlook.

The move comes amid a global push to re-start economies frozen by coronavirus lockdowns.

In Australia, which has avoided the high number of deaths seen in other countries, states are beginning to relax restrictions on movement. Sydney’s famous Bondi beach re-opened to surfers on Tuesday.

Italy, which has the world’s second-highest number of reported coronavirus deaths, will allow factories and building sites to reopen from May 4 as it prepares to end Europe’s longest lockdown.

The U.S. state of Georgia has begun letting residents dine at restaurants and watch movies at theaters as more states, from Minnesota to Mississippi, took steps to ease restrictions, even though health experts warned it may be too early.

Besides the Aussie, other majors were less exuberant. The New Zealand dollar was subdued, weighed by a particularly aggressive stance from its central bank.

The kiwi retraced overnight gains and fell to $0.5998 while the pound was steady around $1.2424, as Prime Minister Boris Johnson warned it was too dangerous to relax a strict lockdown in Britain.

The Japanese yen has been rangebound just above 107 yen per dollar for half of April, and held at 107.27 on Tuesday.

The slightly softer dollar has also failed to give much lift to the euro, as investors worry about the shape of a rescue package for hardest hit and heavily indebted Spain and Italy.

“Whereas the U.S., UK, Australia, China and Japan, if needs be, can go to the printing presses, in Europe you’re constrained,” said Colin Harte, head of strategy at BNP Paribas Asset Management in London.

“I think there’s a little bit of a risk premium that’s creeping in to the euro on concerns about where do we go from here.”

Tue Apr 28 , 2020
HONG KONG/BEIJING (Reuters) – China’s top market regulator has launched an inspection into Luckin Coffee (LK.O), joining the country’s securities watchdog in doing so as the coffee chain comes under scrutiny for fabricating millions of dollars worth of sales deals. FILE PHOTO: A cup of ‘Luckin Coffee,’ coffee is displayed […] 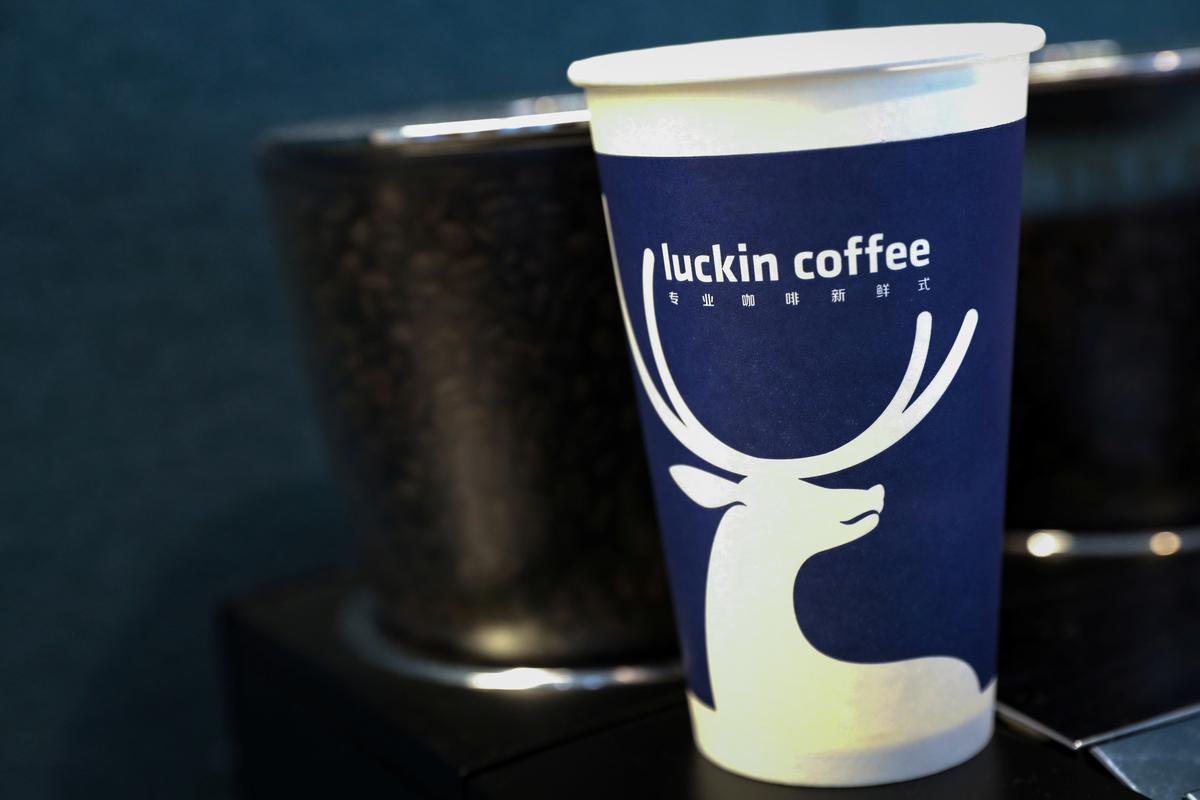