Pubs in England will be allowed to open from 6am tomorrow as punters prepare to order their first pint in more than three months.

Downing Street has said the restriction is being relaxed at that time in the event “anybody would attempt to try to open at midnight” tonight.

Bars and restaurants in England will be opening their doors tomorrow after the government announced a further easing of lockdown measures.

Downing Street said venues will not have to limit the amount of time people can spend inside.

Business owners have said they are feeling a mix of anxiety and excitement ahead of tomorrow, when drinkers and diners will be welcomed through their doors for the first time since March.

Ralph Findlay, chief executive of the pub and hotel operator Marston’s plc, said he believes 85% to 90% of the company’s pubs will be back open tomorrow.

He told Sky News that staff will not be made to wear face masks, but they can if they want to.

James Watt, co-founder of the BrewDog pub chain, has said all staff at the company’s pubs will be wearing face masks and gloves.

He added: “We have contactless ordering via our app. We’re going to have cashless payments.

“We’re going to have hand sanitiser which we’ve made ourselves, we’ve got social distancing signing, single-use menus, plastic screens.”

Elaine Griffiths, owner of the Stumble Inn in Sunderland, said tables have been moved further apart at her pub.

She continued: “Staff aren’t going to be made to wear masks but they can if they want to.

“From what I’ve been told by a number of our regulars – they are probably going to wait for the next few weeks.

“I think they think it’s going to be a mad rush and everybody’s going to come out.”

The prime minister’s official spokesman has said the measures from tomorrow put a 30-person limit on gatherings in private dwellings and outdoor spaces.

He added: “The regulations also keep in place a list of premises that must remain closed and that includes nightclubs, nail bars and salons, indoor play areas, gyms, conference centres and exhibition halls.

“Those regulations mostly come into force at 12.01am on Saturday 4 July.

“The reopening of pubs and bars specifically comes into force at 6am. That would just be in the event anybody would attempt to try to open at midnight.”

Kim McGuinness, Northumbria’s police and crime commissioner, said the public should not feel like things have returned to normality despite the reopening of pubs.

She added: “Social distancing is still very much at play and from this weekend we need to work together to create a new ‘normal’ for going out, one that is considerate of others and works to keep everyone safe.”

Pip Lacey, co-owner of the Hicce restaurant in north London, has significantly reduced her menu ahead of reopening tomorrow.

She said: “I’m nervous but excited, the response we’ve had here in starting to trade again tomorrow has been great.

“We’re very lucky, we’re in an open air shopping centre that could be something everyone wants to come to.

“We’ve got quite a lot booked tomorrow and we’ll see how the next few weeks play out.”

Jack Stein, chief director of the Rick Stein Group which owns seafood restaurants and hotels, said his company has been “very busy” with demand for tables.

He added: “We’ve increased social distancing between tables… we’ve lost nine tables so our capacity has gone down by about 30%.

Hairdressers and barber shops will also be allowed to reopen tomorrow as part of the relaxing of lockdown measures.

Salon owner Michael Van Clarke said: “We will have visors for operators and masks for shampooists as well.

“We have put a lot of screens up around the salon.”

“We’ve got eight seats which are socially distanced.

“I think we’ve got about 225 customers booked in for the month of July.”

Luxury hotels are set to turn away guests on Saturday if they fail temperature checks as part of efforts to combat coronavirus.

The Langham in central London, Cliveden House in Berkshire and The Bath Priory in Bath are among those which will screen visitors for signs of fever in an attempt to identify anyone with symptoms.

It comes as RED Driving School said the majority of its instructors are returning to work as the number of people visiting its website is at an all-time high and double normal levels.

Chief executive Ian McIntosh said: “Pre-COVID, 4,000 driving tests were held per day, so it is easy to imagine the huge backlog which has now built up.

“The government is telling people to avoid public transport – in fact, the use of a private car is now being encouraged, so the news that driving schools can reopen will be welcomed by thousands of learner drivers up and down the country.”

Fri Jul 3 , 2020
A full list of the countries exempt from the coronavirus travel quarantine has been released by the government. People returning to or visiting England from around 70 countries and overseas territories deemed to have low rates of coronavirus will not need to self-isolate. Fourteen British Overseas Territories are also included. […] 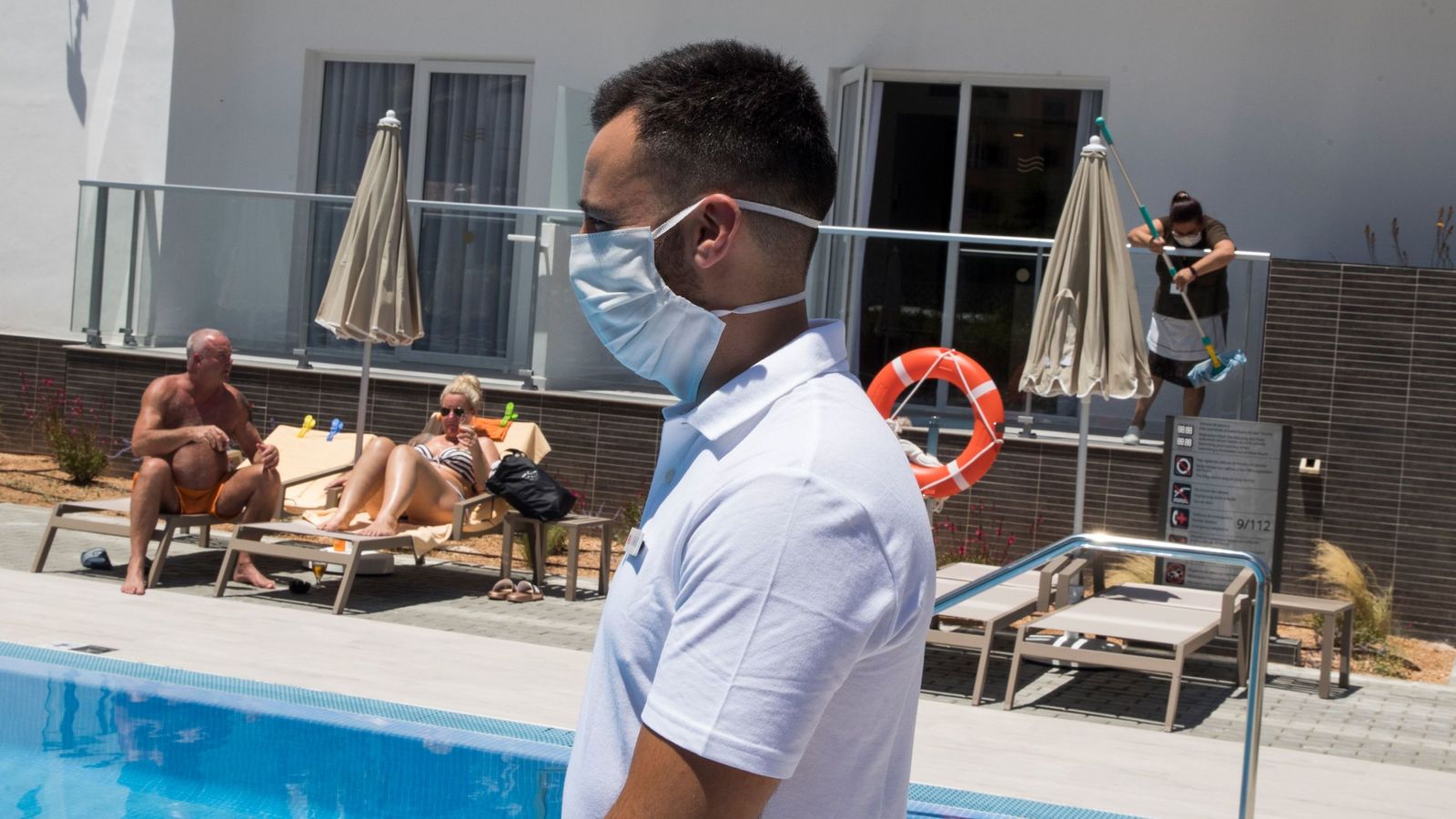