WASHINGTON (Reuters) – U.S. lawmakers are very close to an agreement on approving extra money to help small businesses hurt by the coronavirus pandemic and could seal a deal as early as Sunday, congressional and Trump administration officials said.

FILE PHOTO: Secretary of the Treasury Steven Mnuchin answers questions from the press after an interview on CNBC on the North Lawn of the White House in Washington, U.S., September 12, 2019. REUTERS/Sarah Silbiger.

“I think we’re very close to a deal today and I’m hopeful we can get that done,” U.S. Treasury Secretary Steve Mnuchin said in an interview with CNN.

Senate Democratic leader Chuck Schumer also said he hoped an agreement with Republicans could be sealed as early as Sunday evening. Schumer cautioned, however, that both sides had a few more issues to deal with.

An agreement would end a stalemate that has lasted more than a week over Republican President Donald Trump’s request to add $250 billion to a small-business loan program. Congress established the program last month as part of a $2.3 trillion coronavirus economic relief plan, but it has already run out of money.

Democratic leaders had wanted more money for small businesses but with additional safeguards to ensure that credit is reaching businesses in underserved communities. They also sought more coronavirus response funds for state and local governments and hospitals, as well as food assistance for the poor.

Mnuchin said the current measure being negotiated did not contain new funding for state and local governments.

“The president has heard from governors and he’s prepared to discuss that in the next bill,” Mnuchin said. Congress plans to take up another major coronavirus relief legislation after the small business fund is replenished.

Governors of hard hit states such as New York and New Jersey have said they need more federal funding for increased testing for the presence of the coronavirus and to cope with the pandemic’s effect on their budgets.

If the federal government wants to reopen and stimulate the U.S. economy, they need to support states’ efforts to fund their operations, said Massachusetts Governor Charlie Baker, a Republican.

“If we’re going to be laying off tens of thousands of people at the time where they want to reopen the economy, we’re going to be swimming against the current they’re trying to create,” Baker said on CBS “Face the Nation.”

Mnuchin said the deal would include another $300 billion for the Paycheck Protection Program, a forgivable loan program for small businesses, after the initial tranche of $350 billion was exhausted on Thursday, less than two weeks after the scheme launched.

He said there would be $75 billion allocated to hospitals and a $25 billion federal program “that can be used with the states with new technology to invest in testing.”

About $50 billion would be added to the Small Business Administration (SBA) disaster loan fund, another program to help small businesses, he said.

Neither addressed details of the emerging agreement, but Pelosi told ABC’s “This Week” that she wanted the additional funds in the package to help police and fire departments, teachers, health care workers and hospitals.

She said Democrats also wanted to make sure the money is reaching “all of America’s small businesses.”

The SBA said last week that roughly 1.6 million loans had been made already, but many small business owners have said they missed out, particularly those that did not have an existing business customer relationship with participating lenders.

More than 25% of the total $350 billion the U.S. government pledged to Main Street businesses across America went to fewer than 2% of the firms that got relief. They include a number of publicly traded companies with thousands of employees and hundreds of millions of dollars in annual sales.

Sun Apr 19 , 2020
(Reuters) – Wynn Resorts Chief Executive Officer Matt Maddox on Sunday called on the Nevada governor to begin to reopen the Las Vegas Strip in mid- to late May with extensive safety measures in place, assuming the state is in line with certain benchmarks around the spread of the coronavirus. […] 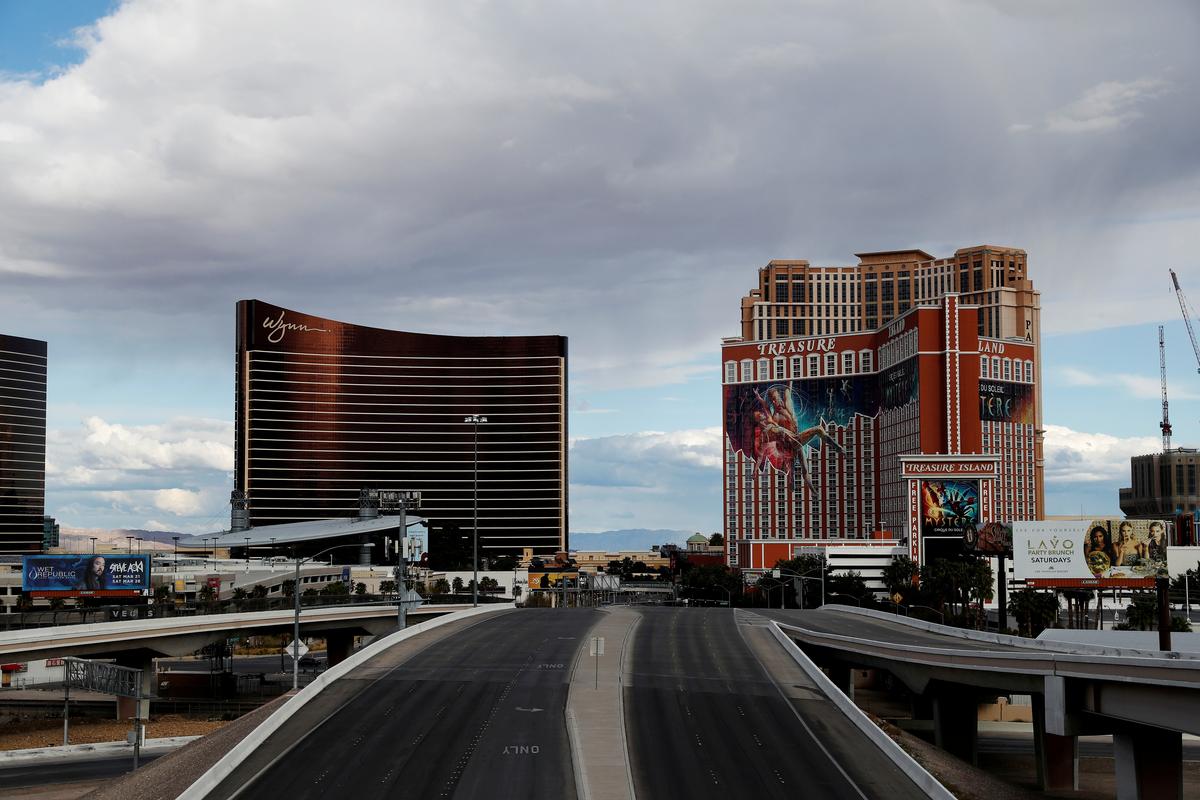