Some of the biggest names in British restaurants will beg ministers not to end the lockdown on their industry too soon, or risk triggering a wave of permanent closures.

Sky News understands that restaurateurs including the celebrity chef Rick Stein and Tom Kerridge – owner of Britain’s first pub to be awarded two Michelin stars – have been asked to sign the industry-wide letter, which will be sent to Alok Sharma, the business secretary, and Cabinet Office minister Michael Gove in the coming days.

“We are concerned that opening the restaurant sector too early could lead to a substantial number of businesses failing, given the discrepancy between the costs they will incur and the revenues they will be able to achieve,” it will say.

“The impact on long-term employment in the sector, and wider economic damage this would cause, would be very painful.”

Their letter will come as the administrators to Carluccio’s, the restaurant chain which collapsed last month, enter exclusive talks with the owner of Giraffe about a sale that would preserve some of the company’s 2000 jobs.

The restaurant chiefs’ plea to the government underlines the fears of many in the industry about its post-lockdown recovery, with consumer finances under severe strain and customers concerned about the possible health implications of eating out.

“We strongly believe that a removal of the lockdown as soon as it safe to do is crucial for the restaurant sector, but we would point out that an early, partial reopening of restaurant businesses as the Government starts to lift lockdown restrictions may be counterproductive,” the restaurateurs’ letter is understood to say.

“Unfortunately, it will not be possible for most restaurants to open in an economical way until we can ensure a critical mass of customer visits.

“Should we be asked to re-open too early, and pay full staff costs, rent and all of our supply costs, it will be impossible for most restaurants to operate sustainably until we are also able to return to serving customers at our normal capacity.”

Sources said that Harvey Smyth, chairman of the ASK and Coco di Mama-owner Azzurri Group, and Rooney Anand, chairman of the Las Iguanas and Café Rouge-owner Casual Dining Group, were expected to sign it.

The letter asked Mr Sharma and Mr Gove to provide ongoing financial support in the form of furloughing and rent assistance “through any period of restart where a lighter-touch social distancing regime would require a sub-economic opening of our businesses”.

UKHospitality, the industry body, has estimated that it could take at least six months after the lockdown ends for restaurants to return to 70% of normal trading levels.

The restaurant chiefs’ letter is expected to argue that “a far more sustainable approach to the hospitality industry might be to first reopen those sectors which operate in a ‘low care’ environment or whose business models enable them to operate sustainably with a smaller footfall (such as cinemas, food to go, hotels or holiday parks); and to wait – hopefully for not too long thereafter – until the science dictates that a significant plurality of the population is able to visit other ‘higher care’ sectors such as restaurants”.

Since the coronavirus outbreak began, restaurant chains including Wahaca and Byron have called in advisers to help restructure their finances.

In addition to Carluccio’s, Chiquito’s has fallen into administration.

Sources said that FRP Advisory, which is overseeing Carluccio’s insolvency process, had begun exclusive talks with Boparan Restaurants, which owns the Giraffe chain.

It was unclear on Wednesday how many of the 2000 people and 71 sites would be salvaged as part of any deal.

Wed Apr 29 , 2020
GENEVA (Reuters) – Some 1.6 billion workers in the informal economy, representing nearly half of the global labour force, are in immediate danger of losing their livelihoods due to the coronavirus pandemic, the International Labour Organization (ILO) said on Wednesday. FILE PHOTO: A man wearing protective gloves takes pictures of […] 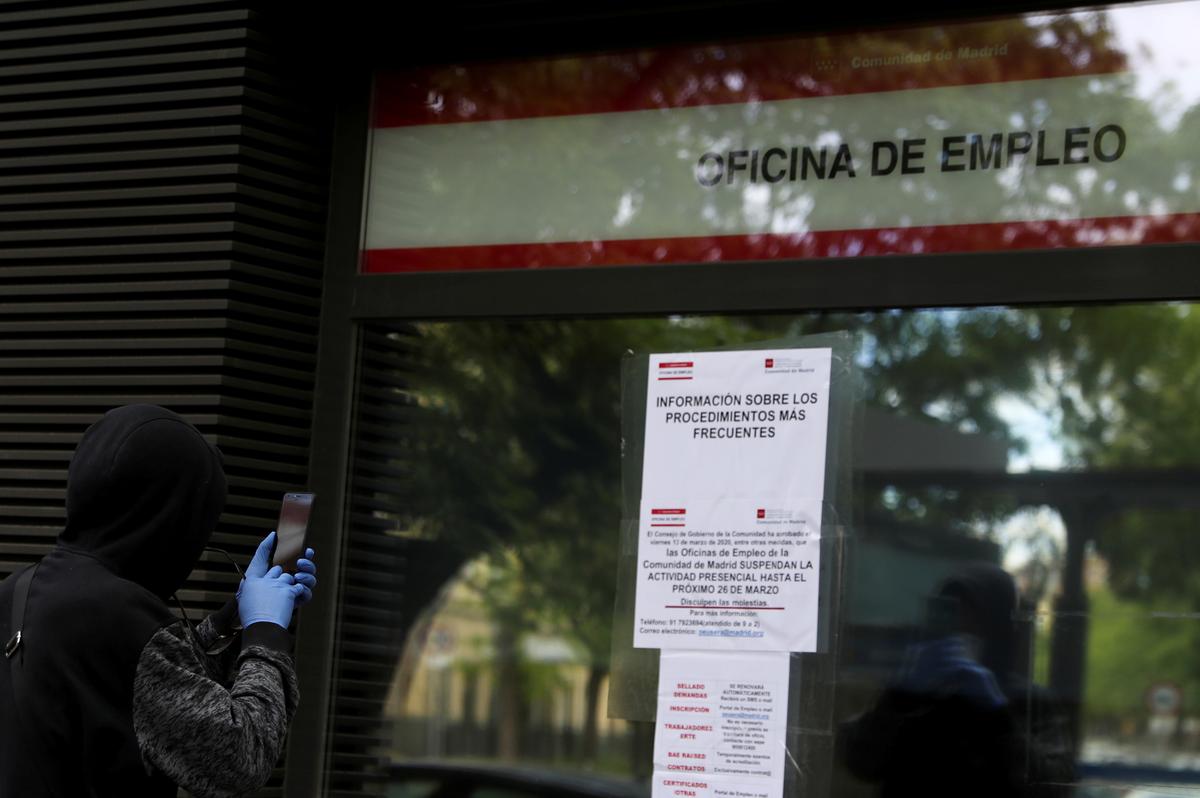