A closely-watched gauge of business activity has pointed to a levelling off following the coronavirus slump but a continuing surge in unemployment. A day before the re-opening of the hospitality sector in England, the IHS Markit/CIPS UK Services Purchasing Managers’ Index (PMI) for June showed a third of businesses in […]

A closely-watched gauge of business activity has pointed to a levelling off following the coronavirus slump but a continuing surge in unemployment.

A day before the re-opening of the hospitality sector in England, the IHS Markit/CIPS UK Services Purchasing Managers’ Index (PMI) for June showed a third of businesses in the powerhouse sector reporting a drop in output.

That was an improvement on 54% the previous month as lockdown restrictions started to ease from the hibernation forced on firms since March.

The PMI survey showed 28% of respondents reporting a pick-up in activity.

The figures cover the final month of the second quarter of the year, which is on course to deliver the sharpest recession witnessed for around 300 years.

The Bank of England last month forecast a 20% slump in gross domestic product (GDP) over the first six months of 2020.

However, policymakers have spoken of evidence of a faster than expected recovery – raising hopes that output can bounce back in the current second half of the year subject to a continued easing in the pandemic and no collapse in employment.

HM Revenue and Customs figures, including May, suggested just over 600,000 had lost their jobs during the lockdown to date.

The UK has witnessed a slew of job cuts since, despite continued support for businesses and their wage bills from government schemes, with Airbus, the owner of Upper Crust and easyJet among those shedding staff this week alone.

But he said of the PMI figures: “Encouragingly, more than one-in-four service providers reported an expansion of new business during June, which was commonly attributed to pent-up demand and the phased restart of the UK economy.

“However, lockdown measures continued to hold back travel and leisure, while companies across all main categories of service activity commented on subdued underlying business and consumer spending in the wake of the COVID-19 pandemic.”

An earlier PMI survey covering manufacturing, released earlier in the week, showed a faster fightback than for services though activity was still in the red.

The Chancellor, Rishi Sunak, is due to announce next Wednesday his next steps for steering the economy back towards recovery as the government comes under pressure to provide further support for wages under its furlough scheme which is due to be gradually wound down.

There will be a panel of experts in science, medicine and business, plus contributions from Sky correspondents.

If you have a question you would like to put to the panel, please email it to [email protected], along with your name

Fri Jul 3 , 2020
The headhunter which was asked to identify female candidates to become the next Bank of England governor is to find a new chief for the City’s most influential lobbying group amid a sexism row. Sky News has learnt that Sapphire Partners, which has built a reputation for producing diverse shortlists […] 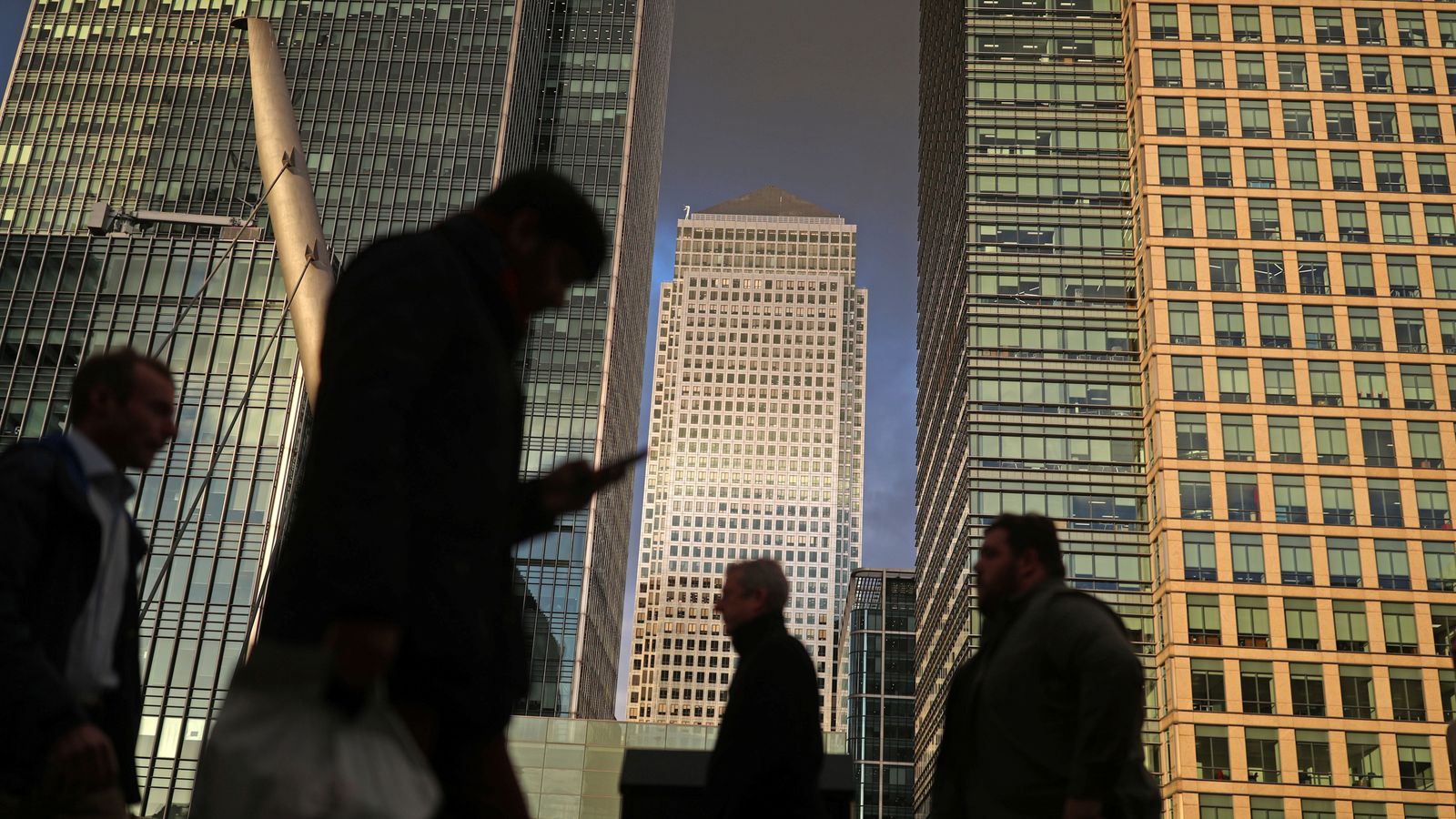