The head of a group of businesses collaborating to build ventilators says he’s “never seen anything like” the effort being put in to help save lives in his 40-year industrial career.

Dick Elsy, chief executive of VentilatorChallengeUK Consortium, said the group was set to deliver an estimated ten years’ worth of production in just a few months.

The group is made up of 15 firms including some of the biggest names in engineering and technology.

Airbus, McLaren, Ford, Siemens and medical specialists have all been involved.

The consortium is currently working on mass producing two types of ventilator at speed.

One of those, the Penlon Prima ES02, is the first new ventilator approved by the UK medical regulator in the fight against COVID-19.

The device, a simplified version of an existing Penlon machine, was given the green light by the Medicines and Healthcare products Regulatory Agency (MHRA) on Thursday.

The consortium is just one of the groups that rose to a challenge set up by the government over a month ago to help manufacture new ventilators.

The government says it needs to increase the numbers of ventilators from just over 10,000 now to at least 18,000.

Normally only around 50 of these ventilators would be made a week.

The consortium has already delivered 250 of each and is scaling up its efforts with the aim of delivering thousands a week.

“We’ve got a dream team of engineering and industrial capability,” Mr Elsy says.

“We’ve got the pace of F1 engineering, we’ve got the robust manufacturing processes of big companies and the exacting standards required or medical device manufacture all brought together in the consortium.

“It’s been an extraordinary journey over the last month.

“We’ve achieved more in that month than it would probably have taken two years to do under normal circumstances.”

In total the government has ordered 15,000 of the Penlon Prima ES02 and 5,000 of a Smiths portable ventilator most commonly used by paramedics.

At the McLaren site in Woking, one of the sites where parts are being made, the corridors are lined with ventilator trolleys – designed in just three days.

Inside what is usually a top secret prototype lab, car assembly stations are replaced with engineers and technicians making a series of crucial parts.

“It’s bit different to what we normally do,” says Jono Brookes, head of F1 build at McLaren.

“You ‘d think it would be simple but quality standards are very different to what we’re used to in F1.”

He says staff have been hugely motivated by the project.

“It’s like building Spitfires, maybe not quite as exciting, but with the skill set we’ve got who would have thought we could use it to save lives?”

The government has come under fire for its initial “minimum requirement” specification of the new ventilators.

Clinicians said the minimum requirement was too simple and therefore not appropriate for long term ventilation.

The specifications have since been updated.

However in the meantime other efforts to make ventilators by groups such as Renault and Redbull have been abandoned.

Michael Gove MP, Chancellor of the Duchy of Lancaster, said: “I make no apology for the fact that we worked with as many companies as possible to try to produce as many machines as possible and we did so with great rapidity.

“Now the case is we have machines in our hospitals – we worked with regulators, doctors and others to ensure we got the very best machines for our frontline workers.”

For doctors on the front line, while ventilators are clearly important they say it is only one part of the critical care challenge.

“That isn’t the whole picture,” says Alison Pittard, dean of the Faculty of Intensive Care Medicine.

“It doesn’t matter how many ventilators that you’ve got – if you haven’t got staff that that can manage them then they’re not really going to be of any use to patients.”

She explains that while usually one critical care nurse would tend to just one patient, now nurses are having to spread themselves more thinly.

Tue Apr 21 , 2020
LONDON (Reuters) – As companies pull the emergency cash cord to help them through the coronavirus crisis, shareholders have been split by an easing of the rules to make it easier for them to turn to investors with the deepest pockets. FILE PHOTO: A low fog engulfs the skyscrapers of […] 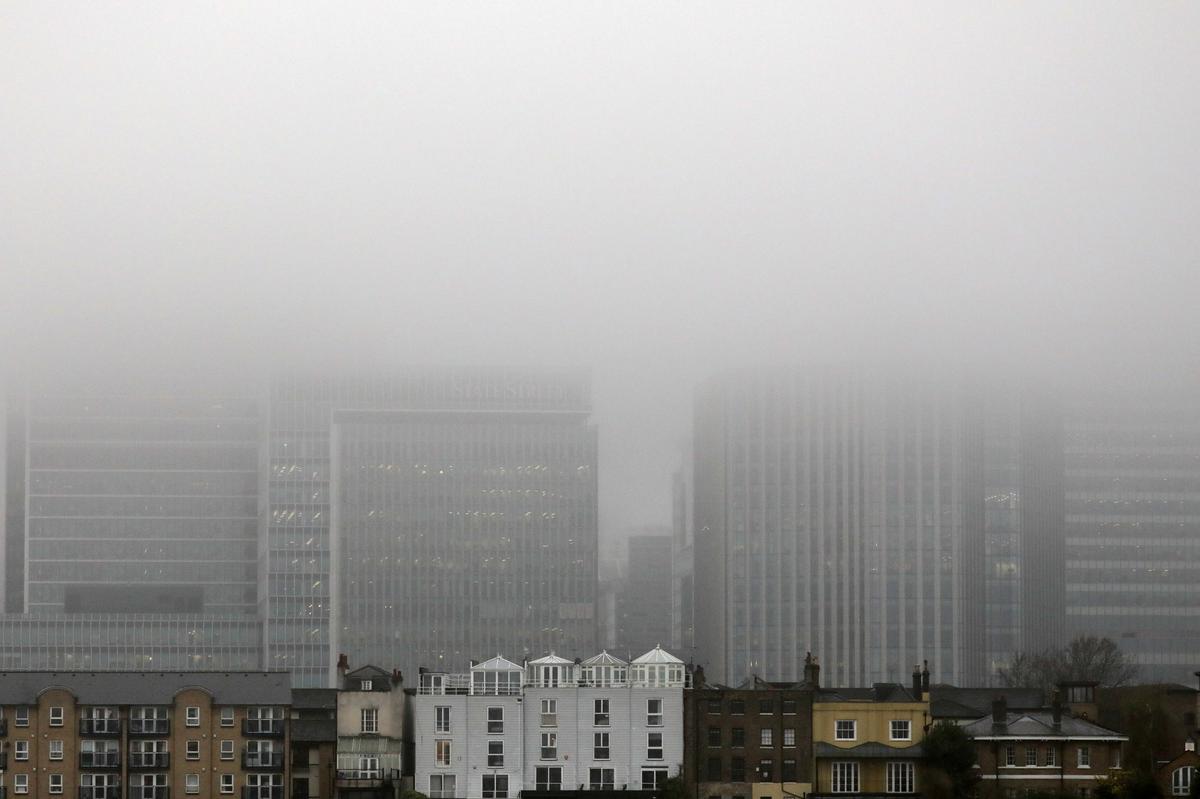